Ngirici hits out at women leaders photographed with Waiguru

• Ngirici says she is undeterred in her quest to unseat Waiguru and is not afraid to square it out with her in the 2022 coming gubernatorial race.

A photo in which Kirinyaga Governor Anne Waiguru is captured with three women leaders affiliated to the UDA party has attracted the fury of Kirinyaga county woman representative Wangui Ngirichi. https://bit.ly/3076Jkl 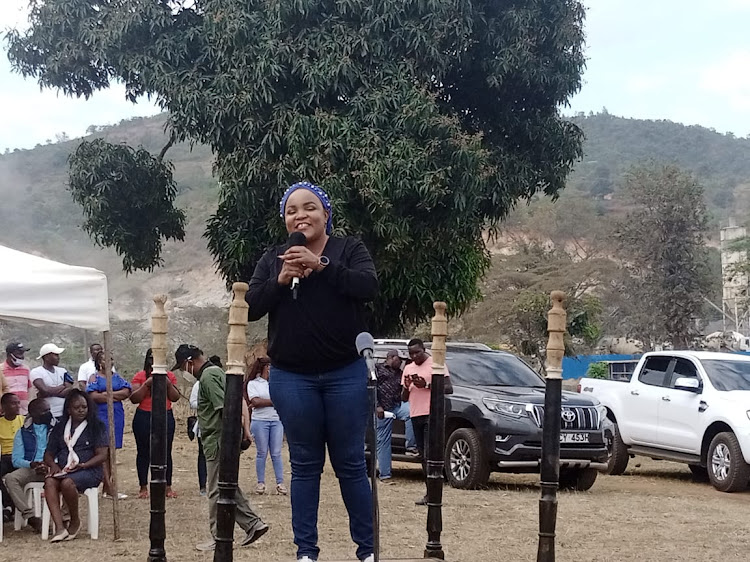 A photo in which Kirinyaga Governor Anne Waiguru is captured with three women leaders affiliated to the UDA party has attracted the fury of Kirinyaga county woman representative Wangui Ngirichi.

Apparently, the photo that seemingly appeared to drive a political statement was also shared by the women leaders on their respective social media platforms.

Waiguru late last month hinted at ditching the Jubilee Party for UDA after she said will follow the political path that the county residents will recommend to her.

In a scathing attack, an irked Ngirici who is a staunch UDA  supporter told off her three colleagues saying they should cease from interfering in Kirinyaga politics and instead mind about their re-election in their respective home counties.

“Kirinyaga voters are wise enough to decide who to choose. Those that think they can dictate the terms on our behalf should think twice. Let me advise them to stick to their home local politics and avoid intruding into our affairs.” 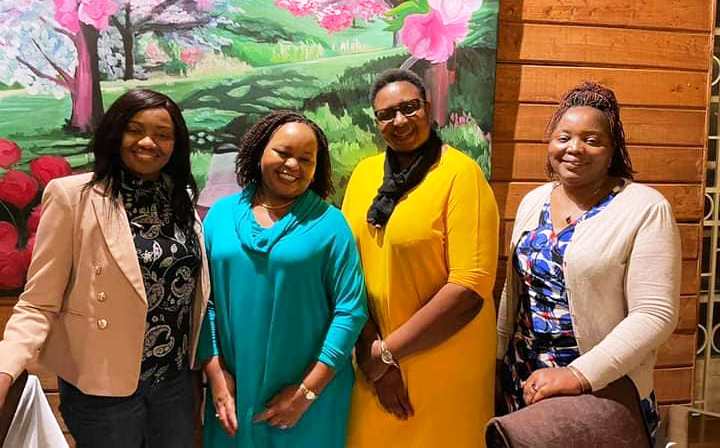 “If you were elected in Nyeri, Nakuru and the Coast, channel your energy there. I know Kirinyaga people like me for my unrelenting support to them and they are determined to make me their next governor,” Ngirici said.

Ngirici says she is undeterred in her quest to unseat Waiguru and is not afraid to square it out with her in the 2022 coming gubernatorial race .

The MP said she can comfortably rely on the support of the public as she has created a harmonious working relationship with it.

Further she noted she will not be cowered or intimidated by any sort of political betrayal but will soldier on with her head up high .

Speaking on Friday in Ndia and in Kirinyaga Central, she said she is optimistic she will win with a landslide owing to her consistency in offering sound leadership coupled with having the electorates’ backs.

“Those who are undecided and have resorted to ditching parties should read the signs of times. Kirinyaga decided a long time ago who will serve them and who they will demote," she said.

“If you started listening to the ground recently, then you are late because the ground is slippery. My ears have all along been on the ground and the electorates have already made a decision. I’m not afraid to compete with you because you will face me anyway.”

Interior Principal Secretary Karanja Kibicho who also hails from the county urged the county residents to vote wisely and accord leadership responsibilities to deserving leaders.

He also urged them to maintain peace at all time

“Now that there are people intruding into our county ‘s interests, it is up to county residents to do an honourable thing of  jealously guarding your home affairs.”

He also warned that the government will not allow disruptions that are politically engineered to ruin the Mashujaa Day fete that will be hosted in the county .

He said the government on a tip of intelligence had learnt of a planned chaos during the forthcoming Mashujaa celebrations that were planned to be executed by goons ferried from outside the county.