Only 1,020 people have registered as new voters in Nyeri

About 225 people turn up daily compared to the expected 3,467

• This is out of a target of 104,000 voters expected to register in Nyeri county.

• Kanini said they have also planned to conduct the exercise in secondary schools, colleges and universities. 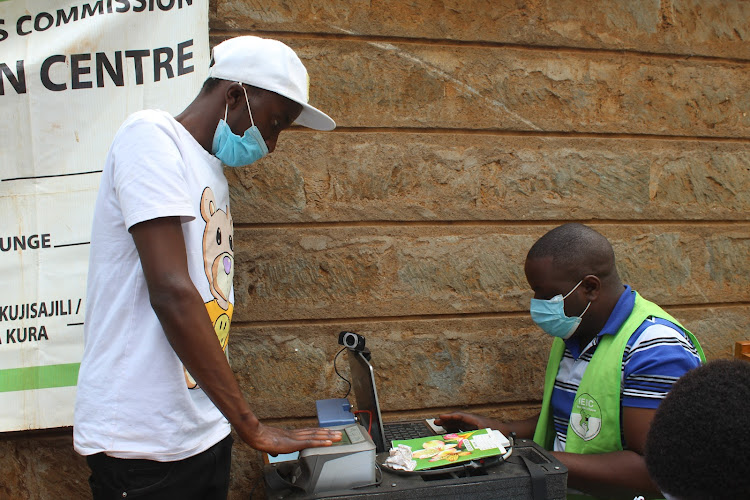 LOW TURNOUT: A man registers as a voter along Gakere road in Nyeri town on Thursday.
Image: EUTYCAS MUCHIRI

The Independent Electoral and Boundaries Commission had only registered a meagre 1,020 new voters in Nyeri by Thursday.

This is out of a target of 104,000 voters expected to register in Nyeri county.

Nyeri Elections coordinator Aluisia Kanini said the daily turnout was low compared to the number of people expected to be registered in 30 days.

This means an average of 225 people have been turning up compared to the expected target of 3,467 people expected to register daily.

She attributed the poor turnout to the last minute tendency especially now that they have 30 days to register.

Kanini said there are three clerks in every ward and called on residents to register instead of waiting to rush at the last day.

She urged those who have attained the voting age but have not yet registered as voters to carry their IDs and pass by the registration centers.

“As a county, we have also planned to conduct the exercise in our secondary schools, colleges and universities,” she said.

The coordinator added that they also have a registration kit at Huduma center, where people who live in Nyeri but would like to vote in other constituencies can register.

“The kit known as the open kit allows people to register as voters elsewhere.”

She advised those planning to change their voting constituencies to visit the IEB office in that constituency, fill the relevant form and register there.

Kanini spoke when she led IEBC officials in mobilising members of the public in Nyeri town to come out in large numbers and register as voters.

The exercise, she said, was targeting people who were issued with identity cards from 2017.

The last time the commission conducted a similar drive was in April 2017.

The exercise which started on Monday will end in November 2.

“We appeal to our people not to wait until the last day to form long queues, only to get registered at night,” she pleaded. 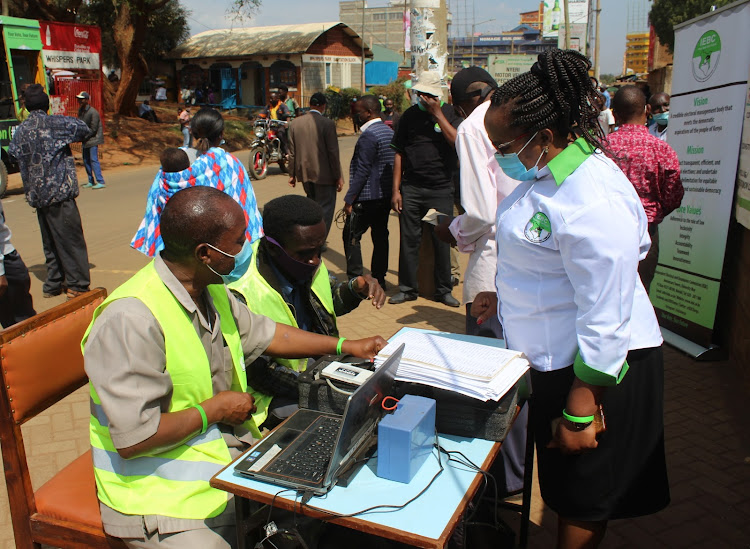