Irrigation schemes across the country include Ahero, Bunyala, West Kano and Mwea 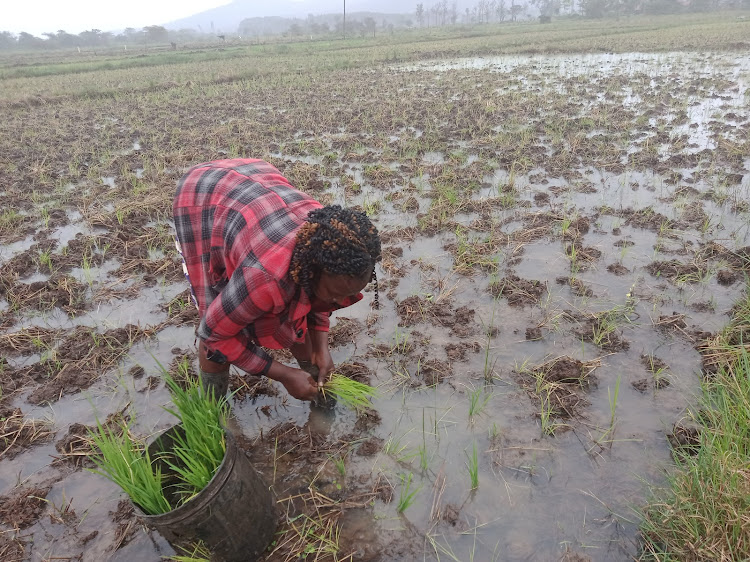 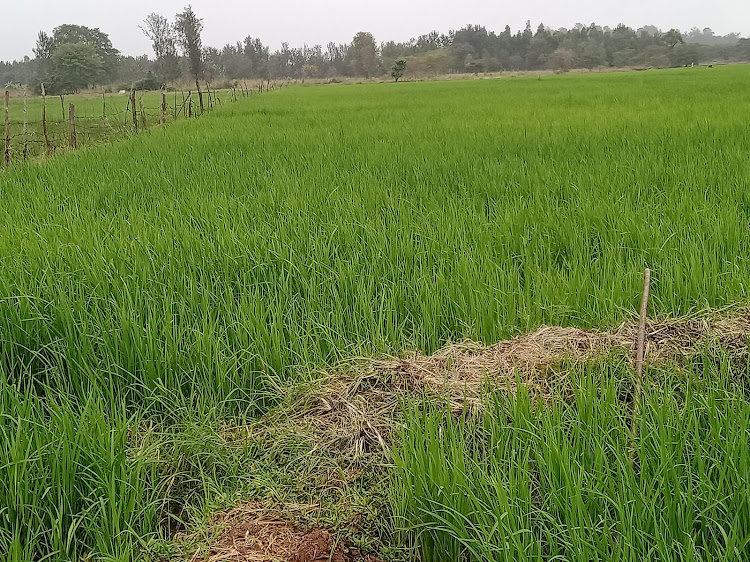 Rice farming is steadily gaining popularity in some parts of Murang’a county.

Over the years, rice has been grown in established irrigation schemes like Ahero in Kisumu, Bunyala in Busia, West Kano in Kisumu and Mwea in Kirinyaga.

However, in some parts of the Kimathi division in Kiharu constituency, one does not fail to notice tens of rice paddies decorating the farms in a venture that show residents are optimistically warming up to the crop.

Phillis Njeri, 40, is one of the farmers who quit maize and beans farming in 2019 and has been growing rice on her two-acre piece of land.

She says people from other areas leasing to engage in rice farming motivated her to venture into the same enterprise.

“They were reaping huge returns and I got interested in the venture as well.  I quit planting maize and beans which were no longer tenable,”  Njeri says.

Njeri initially leased one acre in the Kimathi area which is susceptible to seasonal flooding and planted rice.

Rice crop is versatile and can grow in a range of soil types from sandy loam to silty loam, requires irrigation and can survive flooding. The crop also requires a soil PH varying from 5.0 to 9.0.

“This area was connected with water for irrigation by the county government back in 2016 and this has improved our livelihoods through farming,”  she explains.

She notes that even residents who do not own farms get their daily livelihood from working in other people’s rice farms.

She admitted that the Kimathi-Githuuri water project which was done by Murang’a county administration attracted farmers to start growing rice in the region that borders River Sagana.

Preparations of land to plant rice which can grow from 3.3 feet to 5.9 feet tall involve plowing and harrowing to till and level the soil.

Moreover, as Njeri says, tillage has to be done to help with weed control so that the seedlings can be planted at the right depth.

“It is easier to prepare the land nowadays as we employ the services of combine harvesters from the Mwea Irrigation Scheme.

“They till the land for us thus reducing hours used in manpower and when the rice is ready we again use mechanised harvesting.”

She adds that growing rice is easy and the returns are huge.

After transplanting the rice, one has to spray and check out for weeds and parasites and keep weaver birds away.

Njeri harvested 20 sacks of rice against the ideal 30 sacks that most of the time is harvested from one acre.

“The prolonged cold spell in the last season affected the harvests but we hope to reap well this season," she said.

Njeri’s initial capital was Sh 30,000 after selling the 20 bags of her pishori rice to the National Irrigation Board.

At every harvest season, she manages to rake in more than Sh120,000, an amount she says has helped improve her livelihood and that of her family.

The farmer advises the locals to take advantage of the irrigation water and venture into rice farming as it is very lucrative, but the market is under-utilised.

Koyoo says over 14,000 bag of the produce in stores lacks market
Counties
1 year ago

Blow for Kirinyaga farmers as government to stop buying rice