Curio shops and hospital are among areas that will be affected 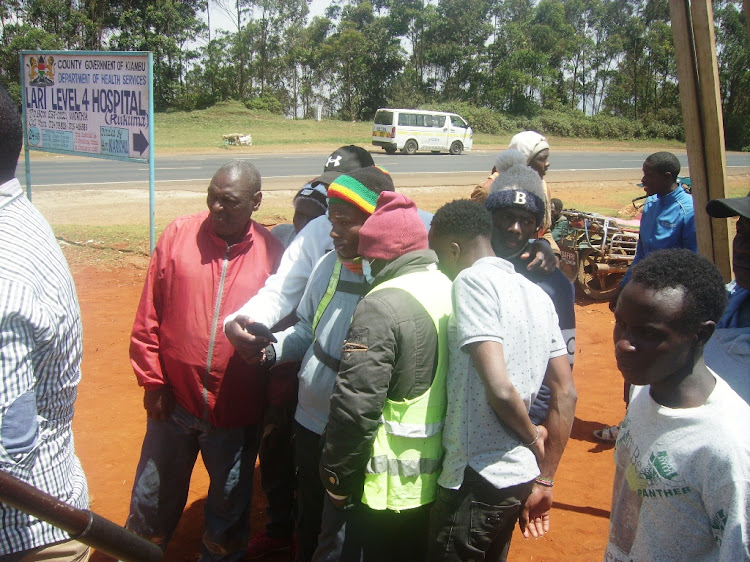 Residents of Rukuma in Lari constituency discuss the design of the road at a mobile phone app on Tuesday.
Image: GEORGE MUGO 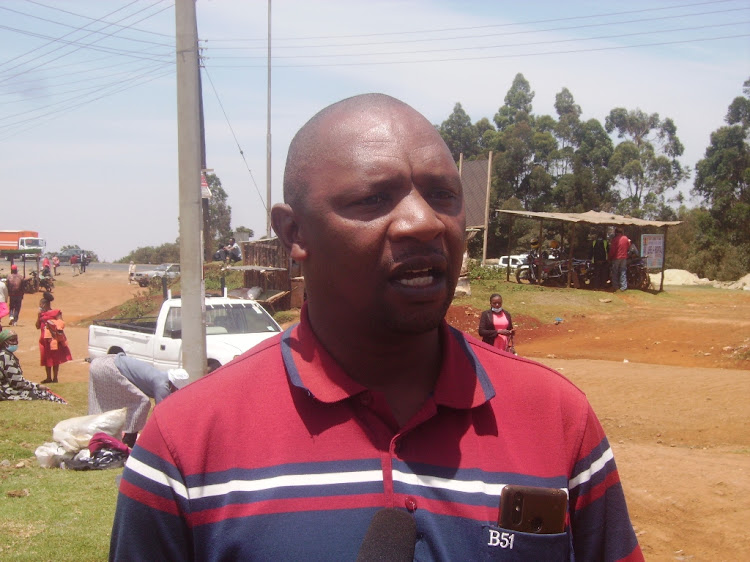 A Rukuma resident and a trader Wallace Gitau popularly known as "Kabogoro" speaking to journalists on Tuesday.
Image: GEORGE MUGO 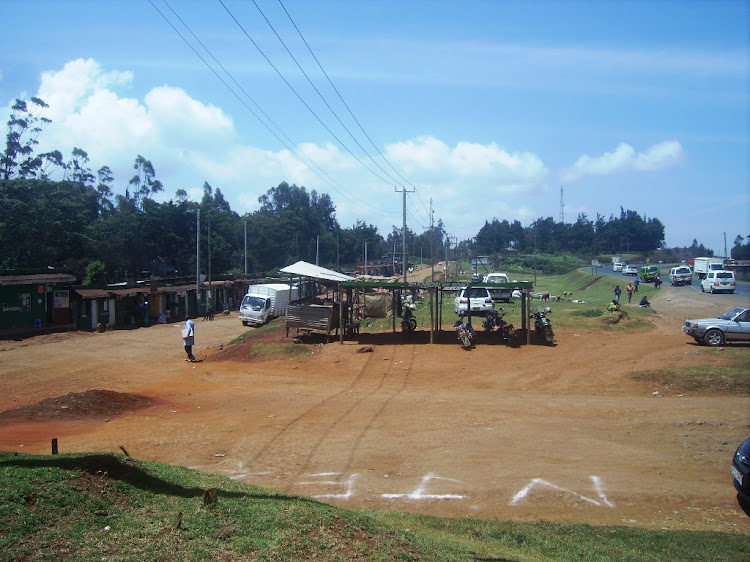 Residents of Rukuma in Lari are a worried lot following fears of business closure to pave the way for road construction.

They raised concerns after Kenya National Highways Authority erected beacons indicating the measurements of the expansion of the Rironi-Mau Summit road.

The locals fear that earthmovers might start demolishing their businesses.

Wallace Gitau, a resident, says Lari Level 4 Hospital, curio shops and the area around the local cemetery are among those to be affected.

“Our trading centre is on one line. It is straight and the beacons have been placed behind all businesses, meaning when the road construction starts, all businesses will be demolished,” he said.

“This is a trading centre where the government earns revenue from. We have shops, hotels, bars, green groceries and curio shops that attract local and international tourists,” he said.

Kenha director-general Peter Mundinia said the Rironi-Mau Summit road will be expanded as the road is being used by many vehicles.

The project lies along the Nairobi-Nakuru highway, which starts from Mombasa and connects the country to neighbouring countries of Uganda, Rwanda, Burundi, South Sudan and the Central Africa Republic.