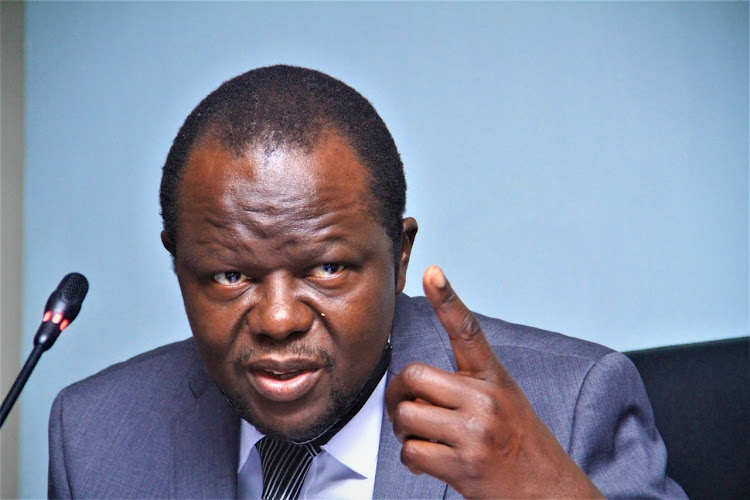 Nyoro and Wamatangi clashed in Parliament on Monday with the senator insisting that the governor was also to blame for what happened during Waititu's tenure since he was the deputy governor.

But Nyoro defended himself saying he had parted ways with the governor over the running of the county government.

He accused Wamatangi of doing nothing to stop the alleged misuse of public funds. “There was a process that had been put in place to siphon money from the county,” Nyoro said.

The governor said as a senator with the role of oversight, Wamatangi should have blown the whistle to protect the interest of Kiambu residents.

“He is now a saviour and we are the devil. I do not know at what point he stopped being Saul and became Paul,” Nyoro said.

He accused the senator of trying to use his position to seek the governor’s seat.

“Just declare you want to be governor. What did you do at the time to stop the theft? The MCAs and I blew the whistle while you were quiet. The other day you called me a mad man at a church. Let us meet on the ground,” Nyoro added.

The governor had appeared before the County Public Accounts and Investment Committee to respond to queries in the auditor general’s report for the year that ended June 30, 2019.

Nyoro was sworn in as governor on January 31, 2020 after the impeachment of Waititu.

The committee heard that during the period under review, some junior accounting officers were given imprests amounting to over Sh58 million.

As per the audit, the imprest payments totalling Sh235 million were issued to five officers and which were outstanding at the closure of the financial year.

The payments, the audit said, were not recorded in the imprests register.

“In addition, the imprests were omitted from the final list of outstanding imprests disclosed in the accounts receivables balance reflected in the statement of assets and liabilities at June 30, 2019.”

Wamatangi took issue with the governor for seeking the help of EACC and DCI on the matter just as he was about to appear before the committee.

The governor, however, defended himself saying the audit report was only made available to him recently.

Nyoro insisted that Wamatangi should have acted at the right time instead of blaming those who are acting now.