Over 100,000 homesteads have been forced to go without water 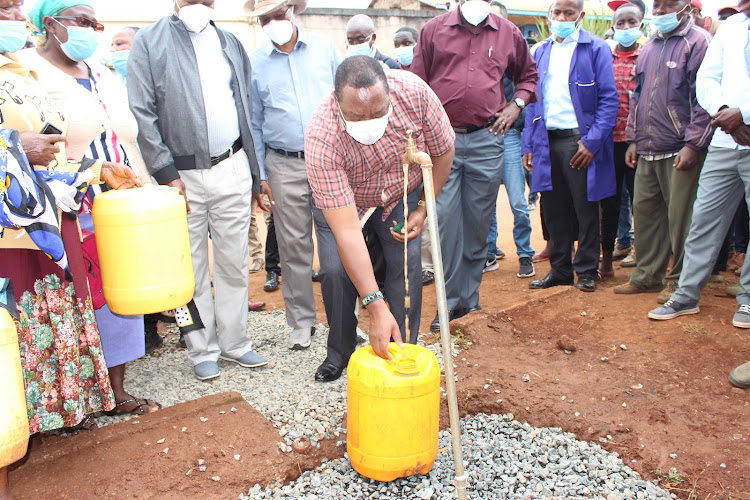 Over 100,000 homesteads have been forced to go without water after road works in Murang’a county destroyed water pipes.

Water Principal Secretary Joseph Wairagu on Wednesday said the destruction, which has affected all parts of the county, is worth over Sh2 billion.

Wairagu accompanied Roads Principal Secretary Mwangi Maringa on a tour of both water and roads projects in a bid to establish the extent of the damage and find a solution.

“There are many projects going on in the county. In the course of their construction, we have faced a major challenge of contractors destroying water pipes,” he said.

Wairagu gave the example of Mirichu Murika project in Kiharu constituency that was completed but has been affected by destruction of pipes.

A similar challenge has hindered the full implementation of Nyanjigi irrigation project in Kangema despite its completion.

Wairagu said water companies cannot cover the cost of reconnecting homes with the commodity and will require help from the government.

However, Maringa directed contractors to ensure they reconnect destroyed water pipes within two weeks to ensure locals do not suffer.

“Before they are able to reconnect the water, we have agreed with contractors that they will supply the commodity to locals through bowsers,” he said.

Kenya Rural Roads Authority and Kenya National Highways Authority will follow up on the projects to ensure the directive is strictly followed, he noted.

The PS further noted that about 155 kilometres of the 540 kilometres long Mau Mau roads project that starts in Kiambu and ends in Nyeri will be constructed through Murang’a.

He said the Kiamara-Kangema-Kanyenya-ini road that is 33.8 kilometres long and is part of the Mau Mau roads project will be completed by December.

“Completion of the 63 kilometres will be the government’s christmas gift to the people of Kangema,” Maringa said.

The contractors are under instructions to ensure the remaining 92 kilometres of the Mau Mau roads in the county are motor-able to ease transport during the festive season.

The PS noted that by June next year, the entire project worth Sh30 billion will be nearing completion.

The project that started early last year follows the route used by Mau Mau fighters and is expected to boost the economy of the central region which is highly agricultural.

Maringa said with increased inspection tours done by government officials around the country, it has become impossible for contractors to do shoddy work or lag behind their timelines.

He further said that with the Mashujaa day drawing near, government officials are working overtime to ensure that the region is prepared to receive the President cheerfully, as he attends the celebrations that will be held in Kirinyaga county.

“It is the government’s mandate to interact with Kenyans as often as possible and inform them about its work,” Maringa said.

Last week, Transport CS James Macharia was accompanied by a team of about 10 MPs from the Mt Kenya region to inspect the Kenol-Sagana-Marua dual carriageway.

The MPs led by Kieni MP Kanini Kega said they would embark on a tour to inspect and popularise government projects in the grassroots.

They alleged that some leaders who are not involved in their implementation have been taking credit for them. 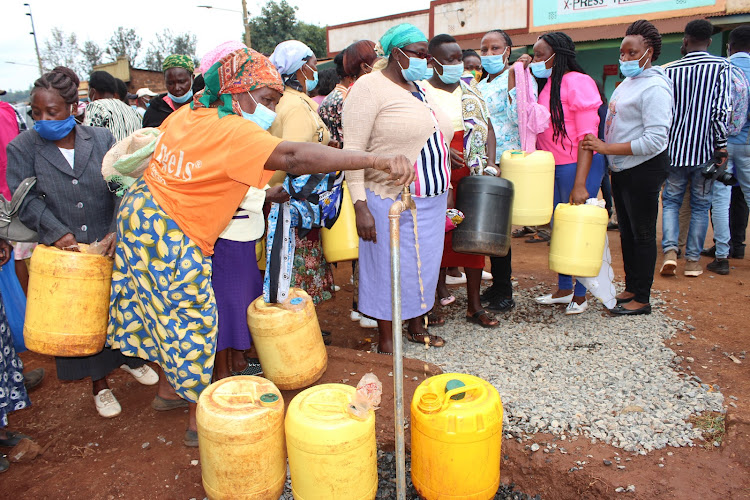 Murang'a water connectivity up from 36 to 60% in two years, says PS Wairagu