But says region's interests can best be addressed if it is united, has a common purpose.

• Maina said it would have been better if the region was united under one party but since this has not been possible, the important thing for the region is to unite.

• "Leaders from Mt Kenya should realise that grouping under candidates will not help our community," Maina said. 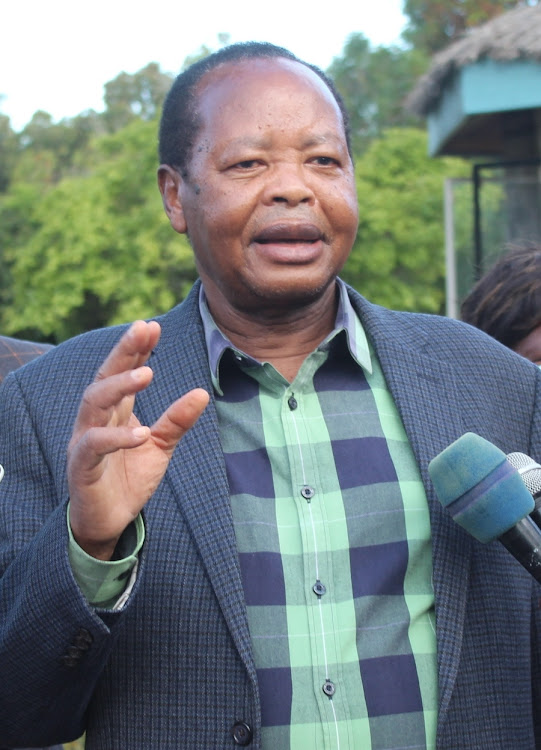 Nyeri Senator Ephraim Maina has supported the formation of many political parties in Mt Kenya region provided they do not impede unity.

Maina on Wednesday said it would have been better if the region was united under one party but added that since this has not been possible, the important thing for the region is to unite despite the many parties.

The senator emphasised on the region’s need for unity of common purpose instead of forming many groupings around various presidential aspirants seeking to succeed President Uhuru Kenyatta.

The lawmaker was spoke to the media in Mathira where he said the interests of Mt Kenya region can only be best addressed if the region is united and has a common purpose.

"Leaders from Mt Kenya should realise that grouping under candidates will not help our community. Instead, we should forge unity for a common purpose and articulate our community needs," Maina said.

The legislator called on agencies tasked with the fight against corruption to up their games so as to eradicate corruption especially in counties.

Many Kenyans are suffering following misappropriation or theft of public money meant for services delivery, he said.

"I want to say that unless corruption at the grassroots level is wiped out, many Kenyans will continue to suffer," Maina said.

The senator said people have been going to public hospitals to seek treatment only to die there for lack of drugs and other medical services.

He said medicines meant for patients in hospitals run by counties are stolen and sold in private pharmacies leaving patients without drugs.

They are later compelled to buy them in private pharmacies.

He called on investigating agencies to investigate those behind such dealings and take appropriate action against them.