• In her affidavit Karugu accuses governor Kahiga of unlawfully ordering the withholding of her salary and allowances since November, 2019.

• Karugu was sworn in as Nyeri DG on May 4, 2018, after Kahiga rose to governor’s position following the death of Governor Wahome Gakuru on November 7, 2017. 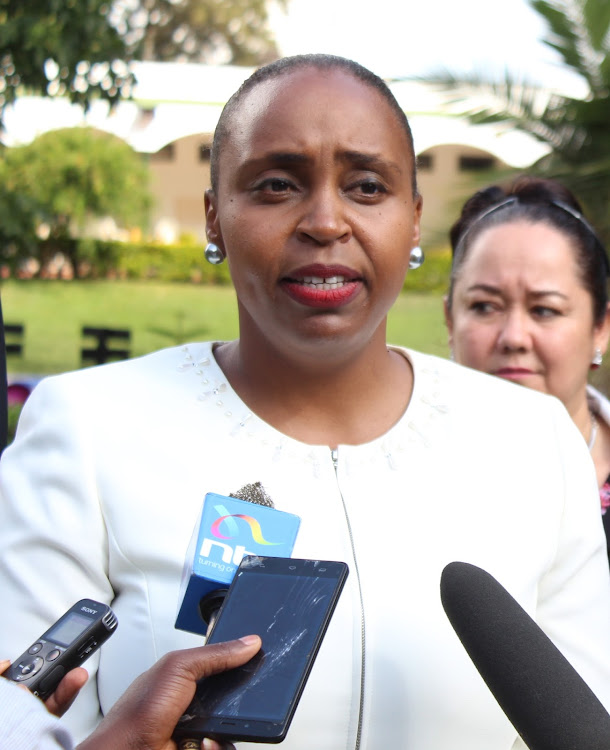 Nyeri deputy governor Caroline Karugu has moved to court over the withholding of her salary, allowances, emoluments, benefits and services.

County secretary Ben Gachichio and Governor Mutahi Kahiga have been named as the first and second respondents in the matter certified as urgent.

The matter filed on September 6 is expected to be mentioned for direction before Justice Nderi Nduma of the Employment and Labour Relations Court in Nyeri on September 16.

In her affidavit, Karugu accuses Governor Kahiga of unlawfully ordering the withholding of her salary and allowances since November 2019.

The governor, by so doing, treated her as having been suspended or her services as the deputy governor terminated without pay, she claims.

Karugu notes that the treatment was unlawful, given that she has never been removed from office.

“To the stated extent… the respondents have violated various constitutional provisions set out herein, entitling me to the relief I have sought,” she states.

Karugu says she has never been informed of any reason for her purported suspension from her official duties, grounding and cessation of engagement and neither has an impeachment process been carried out against her.

Karugu was sworn in as deputy governor on May 4, 2018, after Kahiga rose to the governor’s position following the death of Governor Wahome Gakuru on November 7, 2017, in a road accident.

“I have at all material times diligently sought to execute this mandate professionally, with the greatest respect, and without in any manner encroaching on the duties, functions or professional space of the second respondent, the Nyeri governor,” she states.

She also accuses the two of irrationally, unjustly and without lawful cause hindering her from accessing her office. She says she has not been receiving CEC meeting invites since April 2019, which she believes is deliberately meant to sideline her.

“In sidelining me in my official county activities, I was consistently kept in the dark concerning county mandates initiated by the Nyeri county executive committee.

"Consequently, I have not been able to follow up on the implementation of an array of these activities,” she states.

She has alleged that her personal assistant was unceremoniously kept off his official duties and his contract has not been renewed since December 2019.

Her secretary moved out of her office and was not replaced, while the messenger was on leave for the whole of 2020.

She says the county secretary stopped allocating her office fuel allowances and she had to use her own resources to fuel her official car, thus incurring a bill of Sh442,107.

She has said the county has also not been remitting her house allowances since November 2018, as well as her phone and entertainment allowance.

Karugu also had to secure security by herself, incurring a monthly expenditure of Sh15,000. She earns a salary of Sh685,250, which she says she has not been receiving.

Karugu says her efforts to secure a video conference with the governor to resolve the impasse failed after he declined to answer her phone and video calls.

The governor ordered the closure of county government offices because of Covid-19 and so she could only communicate through phone or video calls. It was impossible for her to travel from Nairobi to Nyeri after the closure.

By being denied pay, Karugu says she is being deprived of the right to life, her daughter goes to school without school fees and she continues to suffer mental and psychological torture.