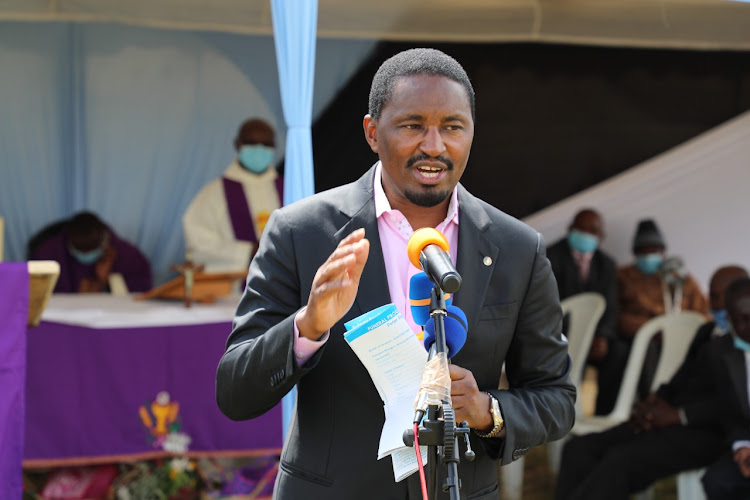 The Service Party leader Mwangi Kiunjuri has warned of a plot to scuttle Mt Kenya votes in next year's general election.

The former Agriculture CS on Sunday said the interest that presidential hopefuls are showing in the region is a scheme to ensure the region does not vote as a bloc.

Kiunjuri, who was speaking at Kiamariga Catholic Church, Laikipia West, said the region risks being relegated to a swing vote because of disunity after decades of leading the country.

“We should no longer be proud of ourselves that we have four communities under Gema because we are not united. We will no longer be kingmakers,” he said.

He said despite the region's five million votes, current political divisions will make it difficult for residents to vote as a bloc.

“Numbers do not matter if there is no unity. We are busy dismantling our house as other regions consolidate their votes,” he said.

The party leaders have indicated they may source their running mates from the region.

Kiunjuri said the result of the scramble for Mt Kenya votes will be more divisions that will further disadvantage locals.

“This seems like a well-choreographed move to ensure our region does not stand together in elections,” he added.

Kiunjuri said the region could become the determinant of whether the country will go to a run-off. This depends on how united or divided the region will be during elections.

“It will be very difficult for an individual candidate to garner the required votes without a rerun if current divisions in regions such as Mt Kenya continue,” he said.

He further said his party intends to offer alternative leadership and has been holding party membership registration drives across the country.

Kiunjuri reiterated that though the party does not intend to merge with others, it is willing to work with other like-minded parties that share its vision.

The region has been torn between supporting other communities and fielding its own candidates.

Gatundu South MP Moses Kuria recently announced that it is time for the community to support others and those intending to vie are just wasting their time.

"The region has demonstrated its readiness to throw its weight behind others after fielding candidates since 1992," Kuria said in Murang'a.