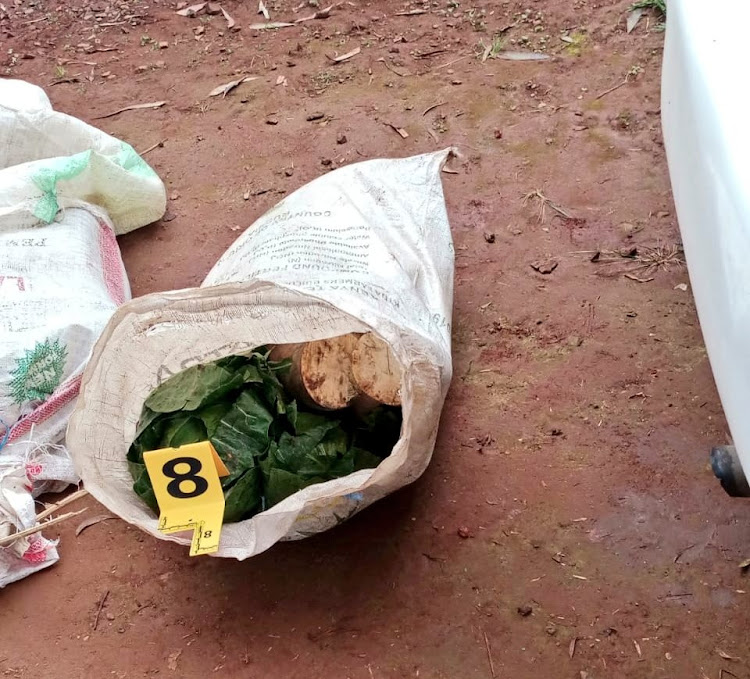 POACHING: Some of the elephant tusks stashed in a sack with cabbages seized by police on August 1 in Muranga.
Image: HANDOUT

Four men were arrested after they were found with elephant tusks weighing 100kgs in Kangari town, Muranga county on Sunday.

The four are said to be part of a syndicate engaging in poaching and selling wildlife trophies in the black market.

Police said the four were found in possession of 19 pieces of the jumbo tusks. The tusks have a street value of Sh10 million.

The Directorate of Criminal Investigation’s Special Service Unit confiscated the illegal cargo stashed in two sacks and disguised as cabbages.

The multi-agency team has been pursuing the syndicate and ambushed the suspects in two separate vehicles parked ready for a transaction.

DCI George Kinoti said they are tracking more players in the illegal business.

Despite a ban on the international trade in ivory, African elephants are still being poached in large numbers.

As part of efforts to stop the crime, Kenya has started using high-tech surveillance equipment including drones to track poaching gangs and keep tabs on elephants and rhinos.

Kenya Wildlife Service, working with stakeholders, has put in place mechanisms to eradicate all forms of wildlife crime, particularly poaching.

These efforts led to zero rhino poaching in Kenya in 2020; the first time in about two decades.

At least 20,000 elephants are killed annually in Africa for their ivory.

This translates into 55 elephants killed daily or one elephant killed every 26 minutes from a population of 35,000 elephants.

President Uhuru Kenyatta led world leaders and conservationists in burning the remains of 6,500 elephants and 450 rhinos killed for their tusks and horns.

Parliament has also passed strict anti-poaching laws and the government has beefed up security at parks to stop poaching, which threatens the vital tourism industry.

Regionally, Kenya has also emerged as a major transit route for ivory destined for Asian markets from eastern and central Africa.

The illegal ivory trade is mostly fuelled by demand in Asia and the Middle East, where elephant tusks and rhinoceros horns are used to make ornaments and traditional medicines.