HAD THOUGHT SHE DIED

• The family helped bury another woman who was married in Nyeri thinking it was their lost daughter.

• Hannah Wangari said she left her house help job and got married, and could not raise money to visit her family. 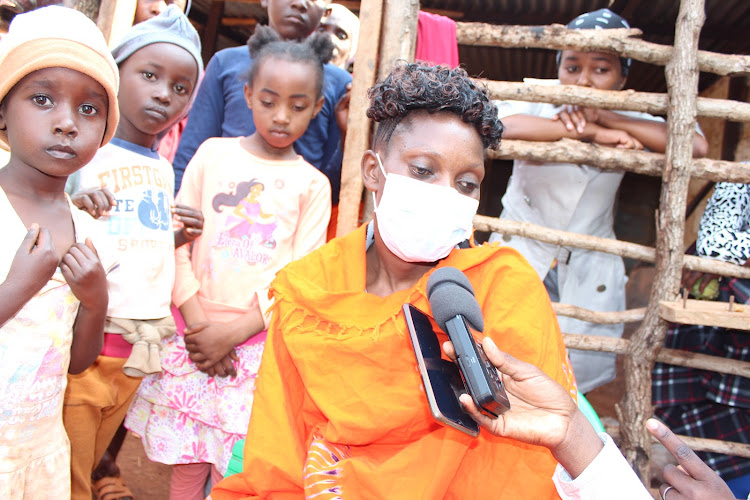 A family in Kongo-ini area in Murang’a is celebrating after their daughter who went missing 27 years ago returned home.

Hannah Wangari, 41, went missing in 1994 while working as a house help in Limuru, Kiambu county.

Wangari disagreed with her then employer and left the home but instead of going back to her family, she met a man and got married.

But the marriage got off to a rocky start due to financial hardships making it difficult for Wangari to visit her family. The couple got five children.

After looking for her for months, Wangari’s family gave up until they heard an announcement on radio in 2006 that a woman who had a similar name to hers was gravely ill and had been admitted at Mathari hospital in Nyeri.

According to the announcement, the woman wished to see her parents on her death bed. It had named both her parents and one of her brothers.

“We were shocked to hear our names on radio but happy that she had eventually been found,” her father Joseph Mwangi said. 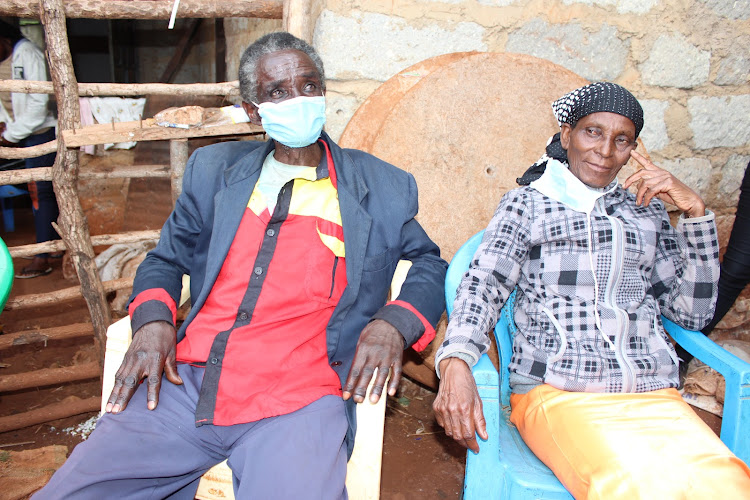 Joseph Mwangi and Susan Nyambura at their brother's home at Kamuiru village in Murang'a East to celebrate their daughter's return.
Image: Alice Waithera

Wangari’s parents went to the hospital only to find a woman who they say was too frail to be identified. She could not speak.

It is then that they found out that the woman they thought was their daughter had been married in Nyeri and had had two children, a boy and a girl. The boy had passed away a few months before.

They connected with her husband’s family and attended her burial in Nyeri when the woman passed away a week later.

“We had no reason to doubt that it was her because she was too thin and had left when she was only 14-years-old,” Mwangi added.

He said when they buried the woman, they kept in touch with her daughter who was 10-years-old then.

She grew up and got married years later which prompted her father to pay dowry to Wangari’s parents to enable her husband to also do the same in accordance to Agikuyu customs.

However, things took a turn on Monday evening when Wangari appeared at her aunt’s homestead, accompanied by her five children.

When she identified herself, her aunt fled, screaming and calling for her husband.

“She told me someone was in our home claiming to be our niece Wangari so I came out to have a look at her,” John Ndegwa said. Ndegwa who lived with Wangari and her brother when they were young broke into tears and slaughtered a goat to celebrate her return.

“I was pleasantly surprised that the person we thought had died had come back to life and had a family of her own, 27 years is such a long time,” he said.

On Tuesday, Kamuiru village was invited to a feast to celebrate with the family.

Ndegwa said the family will reach out to the Nyeri family to inform them that they had found their kin so that they can continue looking for the dead woman’s family.

“There is a family in Murang’a that is still looking for their daughter who is buried in Nyeri,” Ndegwa said, adding that the two families will have to sit down and discuss whether the dowry paid will be returned according to the culture.

He however appealed to parents to ensure they meet and interact with their in-laws when their children marry to avoid such incidences.

“Had Wangari’s in-laws reached out to us, this would not have happened. The Nyeri family was also wrong to look for their in-laws when the woman was too ill to guide them,” he said.

Wangari said she kept planning to visit her family but was unable to raise enough money for the fare.

She is a casual labourer in Limuru and mostly washes clothes to feed her family. Her firstborn is 24-years-old and has given her two grandchildren.

But her other children are in school which she said made it difficult for her to have savings.

“I m shocked to find that they thought I had died but I am happy to be reunited with my family. I will keep in touch with them even when I go back to Limuru,” she said.