BUILD HER A HOUSE 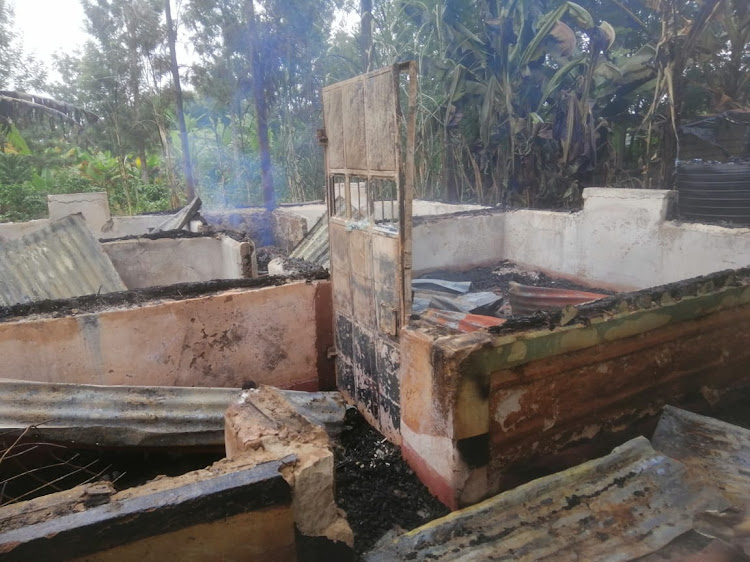 Remains of Grace Wathuiya's house that was razed by fire on Tuesday
Image: WANGECHI WANG'ONDU

A 48-year-old widow from  Mutungara village, Kirinyaga county, is fighting for her life at the Kenyatta National Hospital after fire broke out in her house on Tuesday in a suspected arson attack.

Grace Wathuiya's neighbours had to break one of the windows to rescue her as the door to the house was locked from outside.

“I arrived at 4am and together with other neighbours, we broke the window to rescue her and took her to the nearby Kimbimbi subcounty hospital. Later she was taken to Kerugoya hospital before being transferred to KNH,” one of the neighbours said.

Jane Wanjiru, another neighbour, said nothing was salvaged as the fire razed everything in the house to ashes. She was the only victim as her three children were away.

“People came to her rescue when it was too late, the fire had caused considerable damage. All of her documents, foodstuff, her family’s clothes  and her children’s books were destroyed,” she said.

“We are worried about her psychological state once she is discharged from the hospital as she has lost her belongings,” she added.

The neighbours are now calling on area leaders and people of good will, to help her build a new house and assist her children to continue with their education.

In addition they called on police officers to hasten the investigations and assure them of their security.

“While we appreciate that the police patrol the area often, we are afraid that a similar incident might happen. We want them to remain vigilant and give us round the clock security,” she said.

Area police boss Daniel Kitavi said the matter is under investigations. He said according to a medical report in their possession, the victim suffered 46 per cent burns and is still recuperating.

Kitavi said they are yet to make any arrests  in connection with the incident. 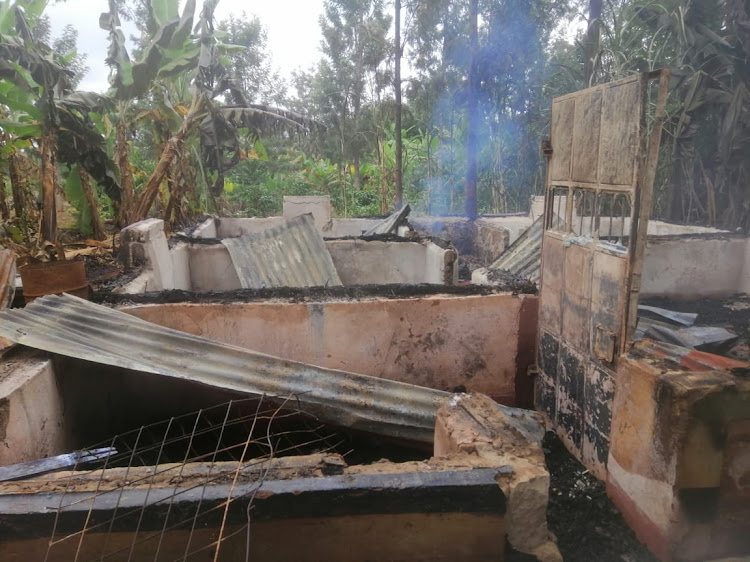 Remains of Grace Wathuiya's house that was razed by a fire on Tuesday
Image: WANGECHI WANG'ONDU
by WANGECHI WANGONDU
Central
21 July 2021 - 22:00