• The government, through the Kerra and Kenha, is also recarpeting the 16.8km Ruiru town-Kiambu road, according to MP Simon King’ara.

• MP King’ara said the project is a relief for residents and traders, especially those in the transport sector. It will end the suffering they have endured for years. 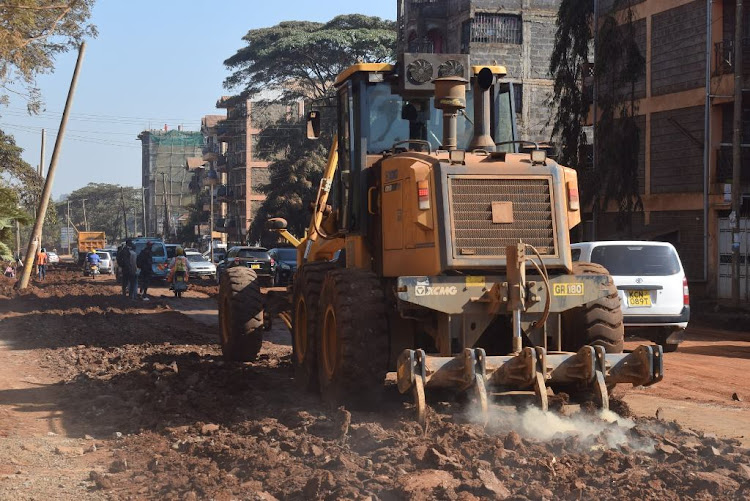 CENTRAL: Ruiru town get facelift as government recarpet roads, construct drainage system A section of the Ruiru town-Posta-Ruiru Court road that is under rehabilitation by the National Government.
Image: John Kamau 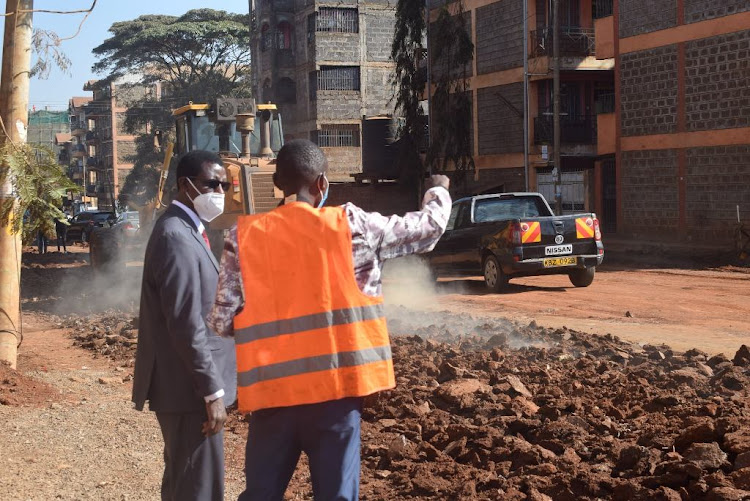 Ruiru town has received a massive facelift following recarpeting of roads that have been in a deplorable state for years.

The government, through the Kenya Urban Roads Authority and Kenya National Highways Authority, is also recarpeting the 16.8km Ruiru town-Kiambu road, according to MP Simon King’ara.

King’ara, who spoke in Ruiru town on Monday while inspecting the ongoing works, said the project is a relief for residents and traders, especially those in the transport sector. It will end the suffering they have endured for years.

The project will go a long way in ending the perennial traffic jams within the town and easing mobility in and out of the town.

“Heavy trucks that move in and out of the over 80 industries in Ruiru town have been the reason why the road was potholes-riddled. However, the works being done will ensure that the road will be capable of handling the heavy trucks for many years. We are grateful that our intensive lobbying for the roads has borne fruits,” King’ara said.

He noted that the project will open up the town for more investment as it will easily link up with the Thika superhighway and the Ruiru-Uplands, which is almost complete.

The lawmaker noted that besides recarpeting the road, the government will also fix the town’s drainage, which has been in a dire state, leading to massive flooding. He said flooding during rainy seasons has been a nightmare.

“The contractor will also be replacing the culverts that were installed over four decades ago with big ones that will be able to handle the stormwater from the town and the surrounding areas including Gitothua, Wataalam, and Alpha,” he said.

The MP said the project will also see walkways constructed and street lights erected, marking a major boost for traders and investors.

The government is also constructing some 30km link roads within the constituency, including the Membley-Tatu City road by Kerra, Rainbow-Bypass, and the Eastern Bypass-Mwihoko-Kahawa Wendani-Kahawa Sukari road.

Others include link roads within Githurai 45 that are part of the over Sh800 million Githurai Market project being implemented by the government. They are expected to link estates within Githurai to the market and the recently opened railway station in the area.

“The government promised Githurai residents a modern market, which is almost complete, and proper roads on the estate that will enable residents and traders to access the market with ease. These roads will go a long way in changing and improving the face of Githurai,” King’ara said.

Biashara MCA Elijah Njoroge, who accompanied the MP, welcomed the government’s move to rehabilitate the roads, describing it as a positive step towards boosting Ruiru’s economy.

Residents said the projects are a godsend. They said the roads will end their suffering, especially during rainy seasons.

“The roads have been in a dire state for so many years. Coupled with floods when it rains, we have been going through untold suffering when moving out or accessing the town. This project will bring us more fortunes,” said Jane Nyokabi, a trader.

Post a comment
WATCH: The latest videos from the Star
by JOHN KAMAU Correspondent
Central
19 July 2021 - 22:00
Read The E-Paper