Says the DP is part and parcel of the government that has made life difficult for Kenyans.

• The ANC leader said those who have been in government should not tell Kenyans about how they will revive the economy, he said.

• Mudavadi said if elected president, he will prioritise the revival of the economy by reducing taxes. 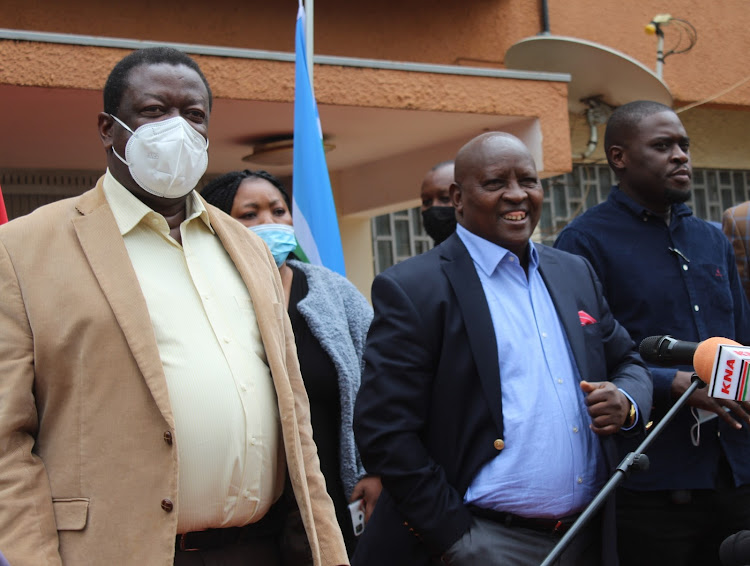 ANC leader Musalia Mudavadi has told Deputy President William Ruto to stop telling Kenyans he will fix the economy if elected president, yet he has been in government for nine years.

He said Ruto is part and parcel of the government that has made life difficult for Kenyans.

Mudavadi said Ruto should share the failures and successes of the Jubilee government with President Uhuru Kenyatta.

The ANC leader said those who have been in government should not tell Kenyans about how they will revive the economy, he said.

“Corruption has been the hallmark of this administration and has made life very expensive,” he said.

Mudavadi said if elected president, he will prioritise the revival of the economy by reducing taxes.

He said Kenyans are being heavily taxed.

Mudavadi said his administration will also ensure the agricultural economy of the Central region is supported and made to thrive again.

Mudavadi spoke on Saturday at ACK St Peter’s Cathedral Church Hall in Nyeri town during the start of his two-day tour of the county.

He toured Nyeri after visiting Nakuru county, where he was hosted by Governor Lee Kinyanjui. A month ago, he met Nyandarua Governor Francis Kimemia and Kirinyaga’s Anne Waiguru.

Central, Kahiga said, has no preferred candidate for the presidency but will work with whoever ensures peace prevails before, during and after the election.

Nairobi Senator Johnson Sakaja, who accompanied Mudavadi, said Jubilee should retrace its steps and find out where it went wrong.

Sakaja said the party should consider forming an alliance with ANC and  sell Mudavadi's agenda to Kenyans.

He hit out at those talking of a Jubilee-ODM merger, saying they were not consulted as party leaders.

“There is no such merger. The kind of friends we want are people like Mudavadi and many others across the country,” he said.

He called on Uhuru to issue a tax relief to Kenyans like he did last year when he imposed Covid-19 containment measures.

Sakaja said this is not the time to increase taxes on essential goods.

Kenyans, he said, are hard-working and if given a conducive environment to work in, they will be able to feed themselves and their families.

“Our youths do not need to be given tools to work. What they need is a conducive environment to work and do business and they will find their way because they are industrious and hard-working,” he said.

Sakaja said Mudavadi believes in devolution and that is why on all his tours, he has been visiting governors and speakers of county assemblies.

“Devolution is the future of this country. For economic stability and for us to enhance the beauty of our country, we must strengthen devolution,” he said. 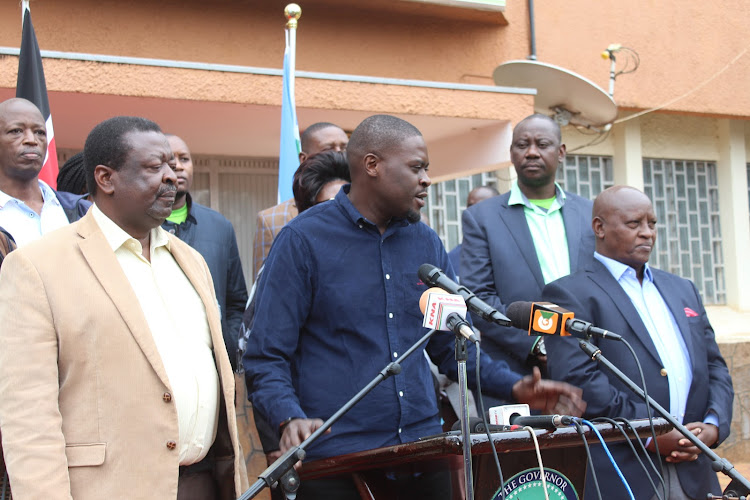