Murang'a coffee farmers to get Sh70 per kilo

• The farmers will be selling coffee directly at the Nairobi Coffee Exchange.

• The plant will reduce the cost of production by about 50 per cent. 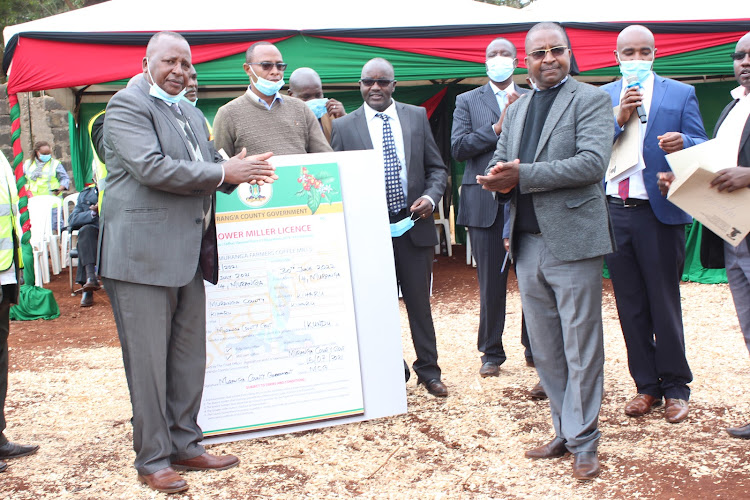 As the government makes efforts to restructure the coffee sector, farmers in Murang’a have set a minimum guaranteed price for their produce.

The farmers unanimously agreed to have the minimum price set at Sh70 per kilo once a milling plant being established by coffee cooperative societies becomes operational.

The minimum guaranteed price will cushion farmers from low prices that leave them struggling with debts.

The Sh100 million plant is being set up on three acres in Ikundu. It is expected to be completed by November this year.

The plant will reduce the cost of production by about 50 per cent. It will save farmers at least Sh16 per kilo of coffee that was previously paid as milling fee.

The farmers, through their union, have acquired coffee production, milling and marketing licences and are in the process of acquiring an exporting licence.

The union has 146 coffee factories that are clustered into 46 coffee cooperative societies.

The coffee sector has been struggling to stay afloat and many farmers have abandoned the crop.

Governor Mwangi wa Iria, who met delegates from the coffee societies, said the county government is in the process of tendering for modern pulping machines to be installed in all factories.

The current machines are worn out as they have been in operation for decades and lower the grade of coffee.

The governor said acquiring milling and marketing licences would help farmers do away with private millers, who he said deliberately lower coffee grades.

“How can you sell coffee to someone and expect them to grade it highly?” the governor asked.

He said the bulk of local coffee is poorly graded.

Once the plant is completed, Mwangi said buyers will be invited to sample the products and the union will henceforth sell its coffee directly at the Nairobi Coffee Exchange.

Earlier this year, societies such as Kigetu-ini paid Sh40 per kilo, while the highest was Kanguno with Sh106 per kilo.

The governor further said the county government is consulting with Cooperative Bank to acquire an export licence that costs Sh100 million.

The county government will also partner with the bank to provide subsidised farm inputs to farmers.

Wa Iria asked the union to have debts accrued to millers audited and a plan established to clear them.

“It is suspicious that a miller buys and grades coffee and then issues loans to farmers at 36 per cent interest. We want these debts settled separately, so they do not hinder the union’s progress,” he said.

Union chairperson Francis Ngone said production of coffee has increased by over 30 per cent since the county government rolled out the Kahawa Bora programme, in which more than 2,000 Ruiru 11 seedlings were distributed to farmers.

Ngone said the establishment of a milling plant would reduce the cost of production by about 50 per cent. 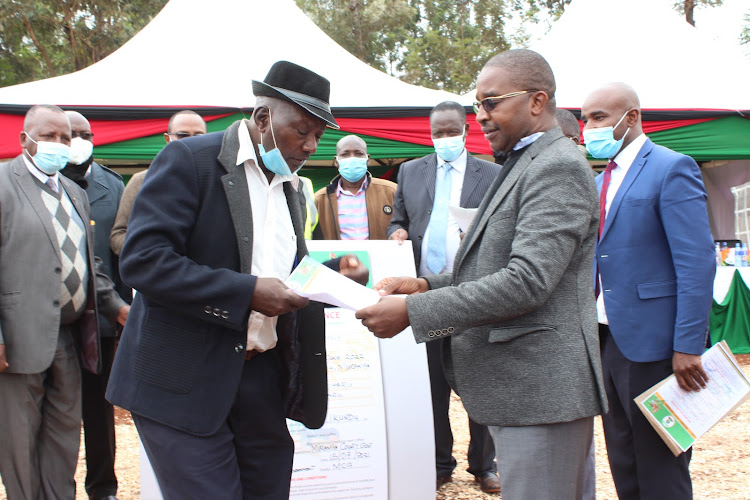