• County commissioner Fred Ndunga has insisted that the county has no confirmed case despite reports that a woman from Kandara was circumcised by her husband.

• Women are reportedly paying doctors to circumcise them after joining cults. 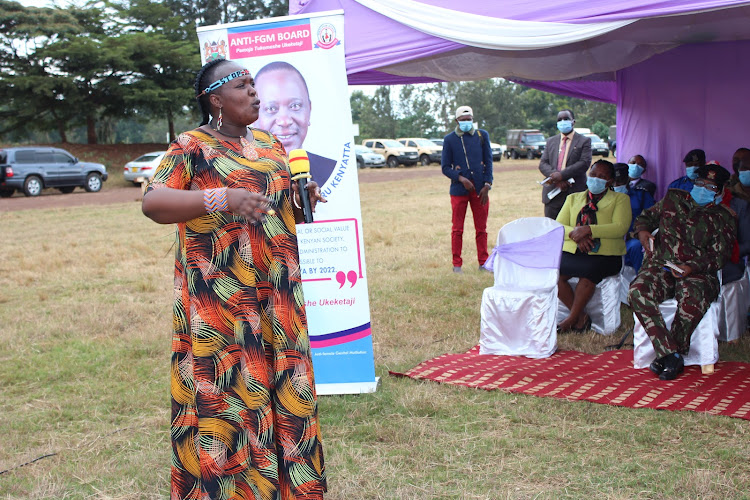 Security officers in Murang’a have been urged to stem rising cases of female genital mutilation before the practice gets out of hand.

Officials from the Federation of Women Lawyers-Kenya and Anti-FGM Board have expressed concerns that the county may become a hotspot should sufficient measures not be taken to stop the vice.

Anti-FGM Board CEO Berandette Loloju termed it vital for security officers to stop denying that the practice is being carried out.

County commissioner Fred Ndunga has insisted that the region has no confirmed FGM case despite reports that a woman from Kandara was circumcised by her husband.

The mother of three told journalists that her husband joined a cult and then came home on June 12 with a group of men who held her down and cut her and fled before they could complete the process after she cried for help.

Women who took her to hospital said she was bleeding profusely.

There are reports that several cults are luring women to the cut with the promise that the practice would ensure they have a good life and eradicate chronic problems they face such as illnesses and domestic issues.

As a result, women are reportedly approaching medical officers and paying to have the cut done in medical facilities.

Loloju appealed to doctors to stop perpetuating the practice, especially now that they understand its health implications.

The CEO said it only takes about 10 minutes for a woman to be circumcised but many victims have had to seek reconstructive surgery following complications.

“Reconstructive surgery will take a minimum of one hour depending on how the cut was made and costs hundreds of thousands of shillings. This is why we are emphasising preventive measures,” she said.

Communities that are known to practise FGM want it stopped, hence counties such as Murang’a cannot be seen to be perpetuating it, she said.

Loloju said the board is working on a mobile phone app to be used by children at risk of FGM as the county races to beat the 2022 deadline imposed by President Uhuru Kenyatta to eradicate the practice.

Fida Kenya deputy director Wanjiru Kamanda said the organisation, which fights for women’s rights, has received distress calls from women in Murang’a reporting incidents of gangs of men threatening to circumcise them.

Fida has rescued several women, but there is a need to address the practice before more women are cut, she said.

Wanjiru spoke during a meeting with administrators at Murang’a Teachers Training College. She termed it important for men and women to understand how FGM affects life.

“There are instances where the cut is perpetrated by the husband who is supposed to be the protector,” she said.

Since last year, Fida-Kenya has handled more than 8,500 cases of gender-based violence, most of them being cases of defilement and violence involving intimate partners.

Wanjiru said the healthcare systems are already suffering because of the Covid-19 crisis, thus men should not create another crisis that will leave medical facilities overstretched. 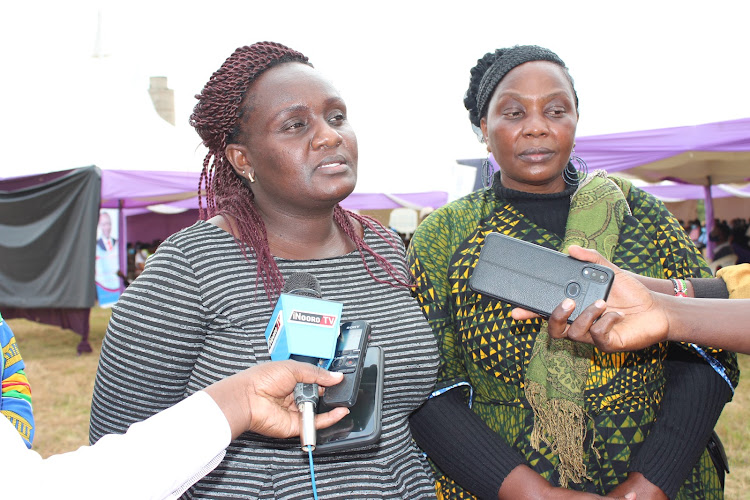 Samuel Kimani, a gynecologist and lecturer at the University of Nairobi, said research indicates that the national FGM prevalence is 21 per cent.

“The danger with the cases of older women being circumcised is that there is a likelihood that they may also have their daughters cut,” he said.

With FGM, a woman risks getting infections that may cause kidney failure and maternal deaths.

Sexual intercourse also becomes a challenge for such women given the ensuing psychological problems, Kimani said.

Type three FGM is known as infibulations, the most pervasive form of FGM involves almost complete closure of the vaginal orifice and makes it hard for a woman to pass urine. Type four involves practices like pulling, pricking, and incising.

“We only used to hear stories of FGM, but it is important for people to understand what it means to a woman’s life when it happens,” she said.

Chege said some of the people who cut women do not even know what they are cutting and the organ becomes a scar.

She reiterated that cults are causing educated women to go through the cut in hospitals and asked security officers to stop the practice.