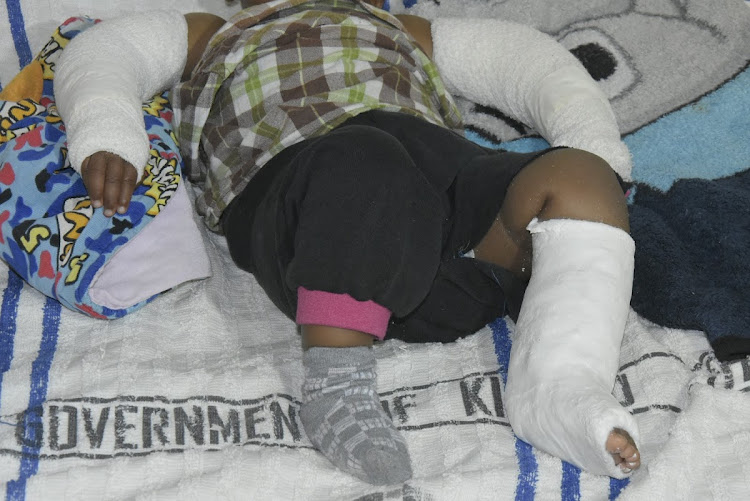 The eight-month old baby who was tortured by his parents recuperating at Thika level Five Hospital on Tuesday.
Image: image: John Kamau 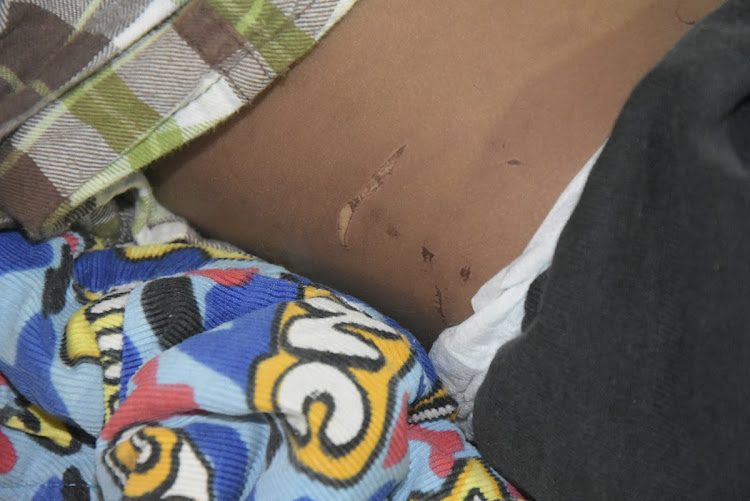 Some of the bruises inflicted on the baby
Image: image: John Kamau

Police in Thika are holding a couple for torturing their eight-month-old baby in Kiganjo estate.

Daniel Njoroge, 21, and Anne Nyangi, 20, who have been living together for the last three months, are said to have been subjecting their child to torture and neglect.

The infant is currently admitted to Thika Level 5 Hospital with two fractured arms, a fractured left leg, and human bites on his cheeks and bruises on his face, abdomen and back.

The hospital's medical superintendent Dr Jesse Ngugi told journalists on Tuesday that the young couple presented the baby at the hospital on Monday evening for vomiting and diarrhoea.

Ngugi said the child appeared traumatised and upon further examination medics found that the infant was suffering from battered child syndrome.

“The two brought the child to hospital with complaints of vomiting and diarrhoea but further examination revealed that the child had stigmata for child violence. He had bruises all over his body from the head, chest and abdomen. His two arms and left leg were also fractured,” Dr Ngugi said.

Medics immediately started treatment on the child and admitted him to the facility.

“We stabilised the fractures and placed the infant under our care. He is currently stable and we expect him to have fully recovered in two weeks,” Ngugi said.

He added that they informed the Children Department who in turn alerted the police leading to the arrest of the couple.

Nancy Mwikali, Nyangi’s mother, said she was shocked by the animosity meted on her grandchild, adding that she was not aware that her daughter was married.

She said her daughter left her sister’s home in Makuyu three months ago after she lied that she had rented a house in Thika. But little did she know that her daughter was getting married.

“I was with this baby three months ago and he was so healthy. But I am shocked to see him with so many bruises and in pain from the fractures he has suffered. I can’t believe that my daughter is capable of doing tthis. I know her as a caring and loving mother to her children,” Mwikali said.

She noted that she has been living with Nyangi’s eldest daughter, who is three years old now, and that she will take the abused baby in her custody.

“After what I’ve witnessed, I will not let them have the children because he might be harmed. I will take care of him just like I have been doing with the other child,” she said.

Mwikali said she had not met the man who has been living with her daughter and grandchild, adding that she suspects that he is not the biological father to the baby. “I don’t know him and have never met him,” she said.

“Maybe he knows the child is not his and that is why he assaulted him. My daughter confided in me that on Saturday night when the child got ill, she found the man feeding him while holding his hands from behind,” Mwikali said.

She called on the police to speed up investigation and ensure that justice is served to her grandchild.

Thika-based counselling psychologists Dr Susan Gitau and Gladys Chania said the man might have been perpetrating the crime after realising that the child is not his.

“The man might have been undergoing some mental issues after knowing he is not the father or he might be under the influence of drugs. They both need a mental check-up to determine whether they might be having psychological disorders,” Dr Gitau said.

“The young mother was defending her husband of any wrong-doing for fear of breaking her marriage. On the other hand the husband might have been assaulting the child to settle scores with the wife,” she said.

The child will be placed under her grandmother’s care once he recuperates. 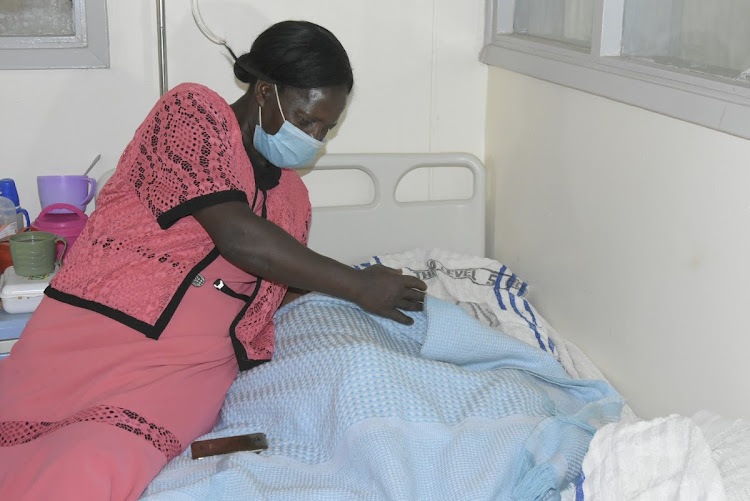