• The lawmaker was elected last month on the ticket of the People’s Empowerment Party, a party associated with Kuria.

• He has joined Tangatanga and is now selling bottom-up economics and hustler agenda. 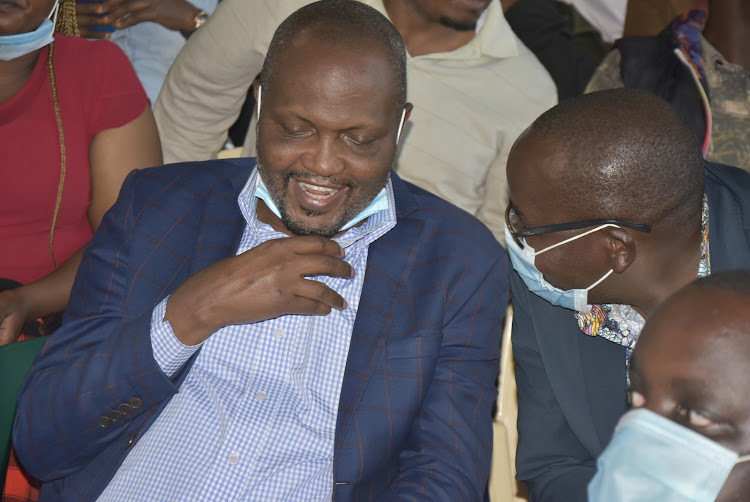 The lawmaker was elected last month on the ticket of the People’s Empowerment Party, a party associated with Kuria. He appealed to Ruto to make Kuria his number two.

Koimburi spoke on Tuesday in his constituency during celebrations following his swearing-in. He told Mt Kenya leaders that Kuria, who was present, is capable of representing the region’s interests and champion its development agenda, hence the DP post would put him at a vantage point to deliver.

“I will start lobbying other leaders, including grassroots leaders, from the mountain region to back Kuria to ascend to the House on the Hill as the second in command. He has the interests of the Mt Kenya people at heart and will bring the lion's share of development to the region,” Koimburi said.

The lawmaker has joined Tangatanga and is now selling bottom-up economics and hustler agenda. He expressed optimism that the deputy president will succeed President Uhuru Kenyatta to be the fifth president.

Kuria said he is optimistic that the region is awake to the unfolding political realities and will pick those who will represent them well in government.

“We are not afraid of the people conducting rituals, thinking that they will lead us. What we are sure of is the support from our people,” Kuria said. 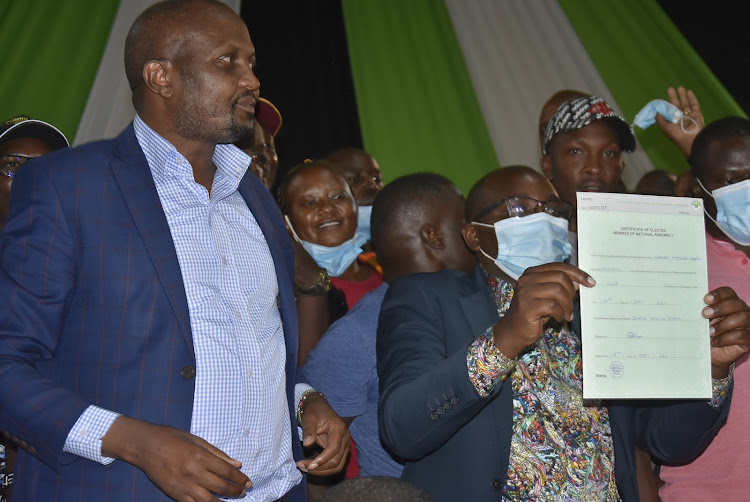 He called on President Uhuru to disregard advice from some quarters to extend his term in office, saying he, jointly with Ruto, is ready to take up the leadership mantle.

“Some people are lying to him (Uhuru) not to go home. Please, Mr President, don’t listen to them. I will even form a committee to welcome you back home once you leave office,” he said.

Kuria is Uhuru's representative in Parliament.

At the same time, Koimburi revealed that the 2020-21 CDF allocation to Juja was not spent, following the illness and demise of former MP Francis Waititu.

He, however, noted that no single penny will be returned to the Treasury as the financial year comes to an end as his office will immediately launch projects to ensure the money is spent to the last coin.

“We will begin rehabilitating our schools, roads and enhancing access to clean water for Juja residents. We will also open ward CDF offices in the five wards of Theta, Murera, Juja, Kalimoni and Witeithie to bring services closer to residents,” Koimburi said.