New Ruiru schools to open doors for learners this month 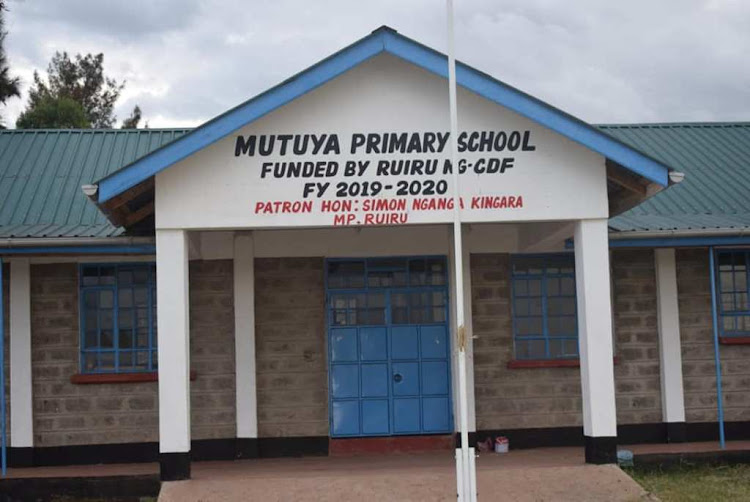 Two new primary schools in Ruiru constituency are set to open doors for learners this month.

Mutuya and Manguo primary schools in Mwihoko and Kiuu wards respectively are on the verge of completion and will decongest overstretched learning centres in the region.

The two schools were constructed by the National Government in collaboration with Ruiru NG-CDF.

Manguo , which sits on a three-acre piece of land, is set to accommodate 1,500 learners and will decongest Mwiki and Kwa Ng’ethe primary schools.

“This project is a reprieve to parents and children in this highly populated area who have been walking for long distances to school. We are currently adding more classes ahead of its official opening,” King’ara said on Monday after inspecting the project.

He noted that schools in the area especially Mwiki Primary School, are congested and are still grappling with shortage of infrastructure to effectively accommodate learners.

The lawmaker pointed out that Mwiki primary sits on a 84m by 86m land, which is less than an acre and has 3,600 pupils and 72 teachers.

“Despite the huge number of learners, the school has 41 classrooms only and 1,077 desks. The school is overstretched to a point where a single classroom accommodates 130 learners against the Ministry of Education guidelines of 40 pupils per classroom. This is the problem we want to bring an end,” he said.

Mutuya Primary School which will be opened next week is a reprieve to Mwihoko ward residents as the entire ward only had one public primary school, Mwihoko.

“The new schools is an indicator that the government is determined to ensure every child gets access to education and also to improve education standards in Ruiru and the country at large,” he said.

King’ara reiterated his calls to have all public primary schools issued with title deeds to ward off notorious land grabbers.

He noted with concern that lack of the ownership documents has created a leeway for grabbers, who use fraudulent means to process sham documents, to encroach and perpetrate their crimes.

“We must protect all public spaces because we wouldn’t have gotten the new school if we had given land grabbers a chance,” he added.

Parents who spoke to journalists expressed their delight terming the new project godsend.

Jacinta Syombua said the new school once complete will end the agony their children have endured for many years of trekking to over five kilometres to nearby schools.

“Our children will also have a conducive environment to learn from and we are optimistic that even their academic performance will improve,” she said.

Post a comment
WATCH: The latest videos from the Star
by JOHN KAMAU Correspondent
Central
08 June 2021 - 05:00
Read The E-Paper