Says his administration has injected Sh100 million into the project

• The five boreholes are being drilled in Nyacaba, Gachororo, Theta, Murera and Juja Farm and are expected to be complete in two weeks.

• Nyoro inspected ongoing roads and water projects in Theta ward where he met residents and spoke to the media. 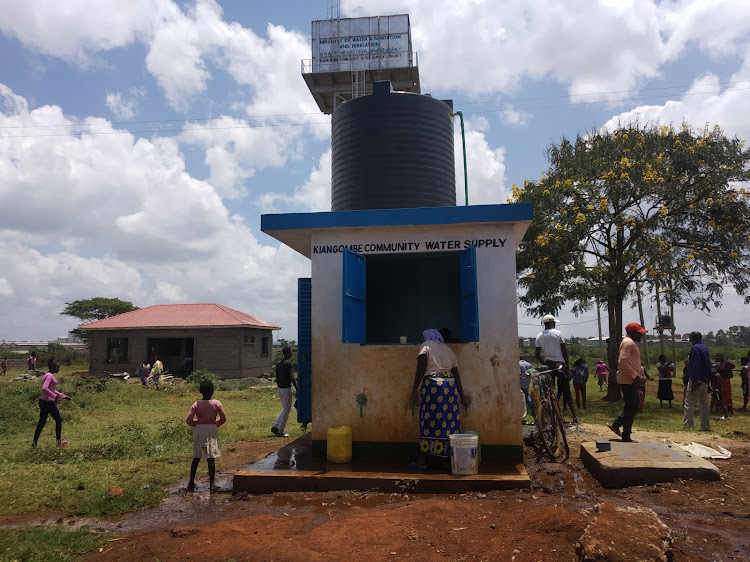 Kiambu county is sinking five boreholes in Juja subcounty to supply water to thousands of residents who have endured a shortage of the commodity for long.

Governor James Nyoro said his administration has injected Sh100 million into the project.

The five boreholes are being drilled in Nyacaba, Gachororo, Theta, Murera and Juja Farm and are expected to be complete in two weeks.

Nyoro inspected ongoing roads and water projects in Theta ward where he met residents and spoke to the media.

The county chief said the high population in the area had overstretched the Ruiru Juja Water and Sewerage Company, hence the need to address the scarcity.

“Water scarcity has been a thorn in the flesh for Juja residents for so many years... We are committed to ensuring that the project is complete in two weeks and water piped to homes,” Nyoro said.

The governor said his administration will also seek resources to add five more boreholes especially in the semi-arid areas of Muthaara, Juja Farm and Athi.

Nyoro said the completion of the multi-billion Kariminu II Dam in Gatundu North will provide a lasting solution to water shortages in Juja.

Other areas in Kiambu county to benefit from the dam's completion are Thika, Ruiru, Gatundu South and Gatundu North constituencies.

The Sh24 billion dam which sits on a 600-acre piece of land is being constructed in Gathanji, Kiriko, Buchana and Kariminu villages in Gatundu North.

Upon completion, the dam will rise 59 metres, with a 26.5 million cubic metres storage volume and produce 70,000 cubic metres of drinking water per day.

“Once complete, residents of Kiambu will be the major beneficiaries since 80 per cent of the water will go to Thika, Juja and Ruiru constituencies with the remaining 20 per cent going to Nairobi county,” Nyoro said.

“This project will ensure that residents and investors get sufficient water supply in their homes and companies. It’s a project that will spur more growth like investments in Juja and other areas.”

The China Exim Bank and the state are funding the project implemented through a joint venture between International Holding Corporation and Shanghai Municipal Engineering Design Institute. 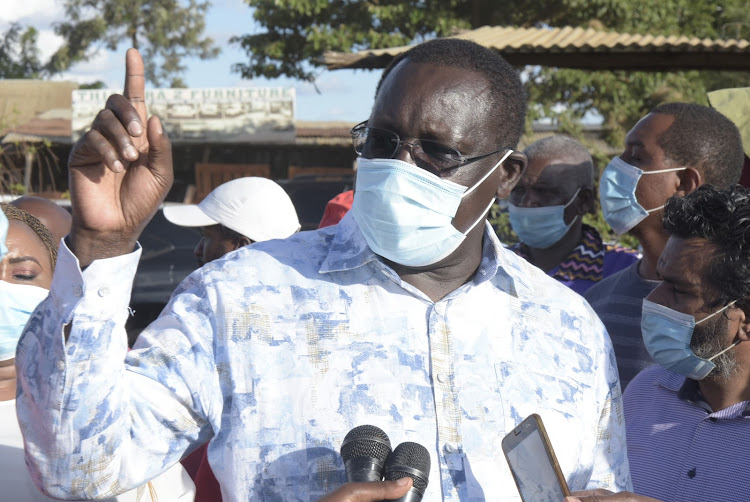 Kiambu Governor James Nyoro speaking at Theta ward while launching drilling of a borehole in the area.
Image: John Kamau

Nyoro said his government is working with the Lands, Housing and Urban Development Ministry to establish a land registry in Juja.

The registry office will fast-track resolution of land-related disputes and issuance of title deeds to residents.

The county chief said that plans are at an advanced stage and that the office will open its doors to the public in a month’s time.

A land clinic will be conducted to address all land matters in the region as part of the activities to launch the office.

“We are aware that land matters are very emotive in Juja and disputes are soaring due to lack of requisite land ownership documents,” Nyoro said.

Residents who spoke to journalists welcomed the developments, saying that their suffering will come to an end.

“We have suffered for long without clean water for domestic use but we have now seen light at the end of the tunnel. The boreholes project is a godsend,” resident Martha Njeri said.