Trench around lake to keep hippos from attacking 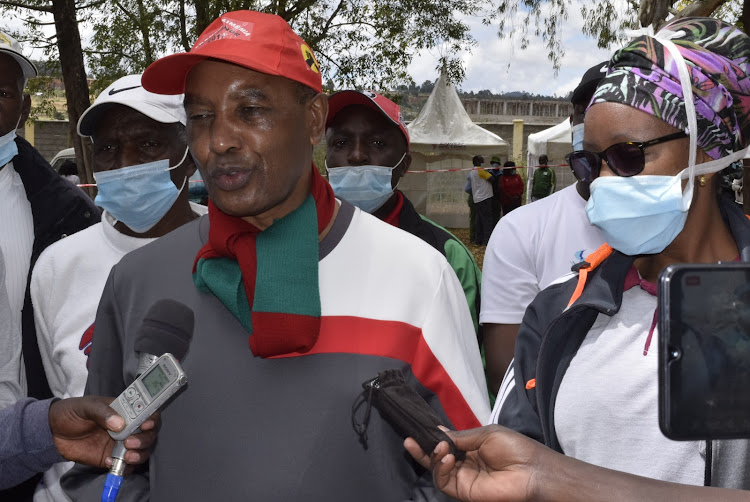 HIPPO VS HUMAN: Nyandarua Governor Francis Kimemia tells journalilsts human-wildlife conflict is rampant in the northern part of the lake and a trench around the lake will reduce it.
Image: LOISE MACHARIA

Nyandarua is digging a 12km trench around Lake Olbolosat to keep hippos from straying into farms, attacking residents and destroying crops.

Parents are afraid to send their children to school early in the morning, lest they be attacked.

Human-hippo conflict is rampant in the northern part of the lake and the trench will help greatly to resolve the problem, Governor Francis Kimemia said on Monday.

The trench, which separates the grazing areas for hippos from pastures for domestic animals and from farmlands, will be extended to the banks of River Ewaso Nyiro.

Githunguchu, Baari and Ziwani villages will be protected by the trench.

“People living around the lake have endured huge losses as a result of hippo  invasion into their farms, leaving a trail of destruction to crops, deaths and injuries to both humans and livestock,” Kimemia said.

The governor said the excavation will be completed in the next month. Five kilometres have been completed.

“Due to lack of pasture, hippos go deeper into people’s farms, causing interactions and injuries to humans and livestock as well as crop destruction,” Nyandarua county commissioner Benson Leparmorijohe said.