• Goody told the media in Nyeri on Thursday that the commission gave the verdict that the strike was valid.

• She said they are looking forward to working with the government towards ironing out other pending issues. 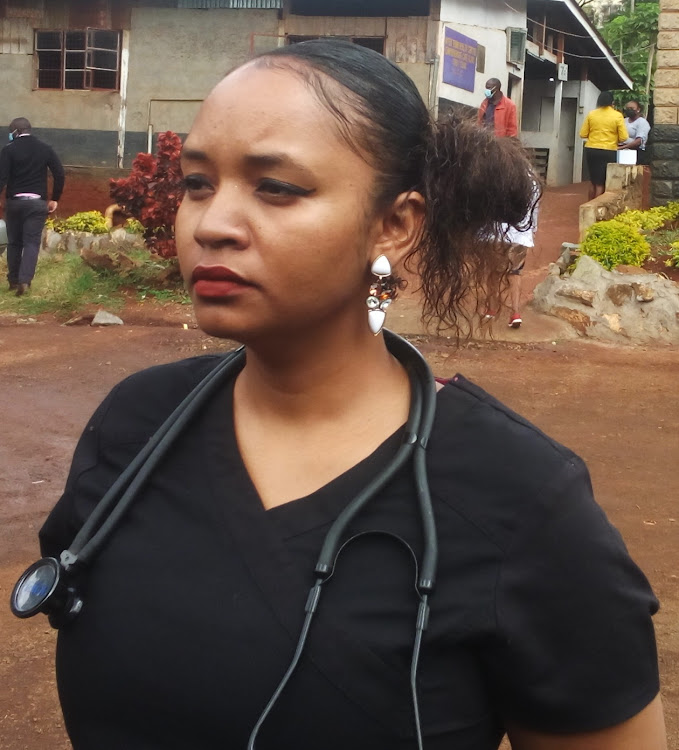 Doctors have welcomed a decision by the Public Service Commission to reinstate 350 Kirinyaga healthcare workers.

KMPDU Central branch secretary Gor Goody told the media in Nyeri on Thursday that the commission gave the verdict that the strike was valid. She said the strike was necessitated by poor working conditions at Kerugoya hospital.

After the sack, the healthcare workers embarked on court action that took three years. They included 30 of them doctors.

The workers were fired after going on strike protesting that the hospital was ill-equipped and therefore hazardous to staff and patients. They said three of their colleagues had contracted Hepatitis B.

The commission said the workers were illegally fired, hence must be reinstated.

“However, we are looking forward to working with the government towards ironing out other pending issues like where they said that the period that the healthcare workers were on strike they will consider it like unpaid leave,” she said.

She said their firing was unprocedural. Goody called on the county government of Kirinyaga to equip the hospital, saying it is still ill-equipped and patients have to buy syringes and gloves.

“This is detrimental to healthcare workers. As we speak the ICU in Kirinyaga is not well-equipped,” she said.

She said reinstatement of the healthcare workers will enable the new hospital to function and even strengthen the existing ones.

The unionist said though the county government has not communicated on the verdict by the PSC, they expect no hesitancy.