Angry owners say the government messed the performance of their candidates by favouring public schools. 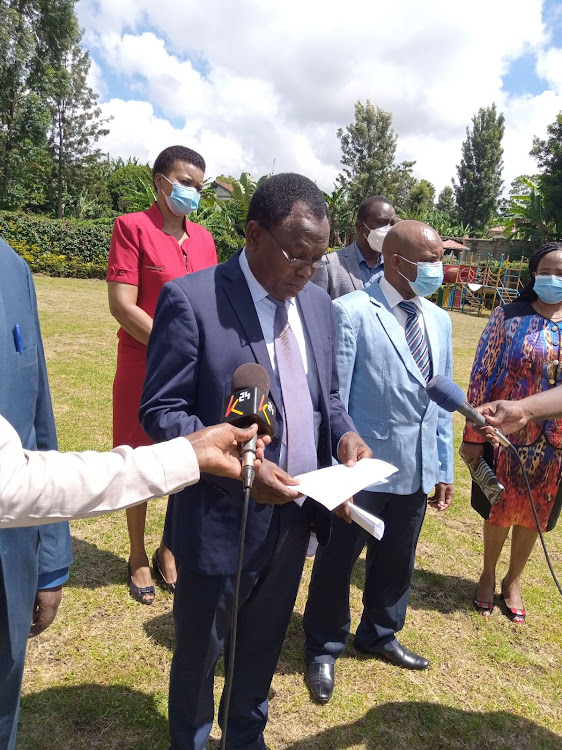 A showdown is in the offing between the government and private schools after owners dismissed the method applied to allocate marks to KCPE 2020 candidates.

They said the results were skewed in favour of public schools and awarded against the interest of the public-private partnership.

“KCPE 2020 results should be annulled and released afresh. We are not asking for the remarking of exams. We are asking for the fair application of the standardisation process,” said David Kareithi, the Kenya Private Schools Association Kirinyaga county chairman.

The schools directors castigated the government for allegedly punishing their pupils who, they said, put in more effort and sacrifice during the nine-month schools closure than their public school counterparts.

“Candidates should be given their rightful and hard earned marks. It is neither a favour nor a privilege. Many private schools continued with online learning while parents invested heavily in home schooling. To moderate their marks is not only unfair to them but also illegal,” Kareithi said.

Of the top 15 pupils countrywide, only five were from private schools, which is a sharp contrast to the performance of private schools over the last five years.

The Kepsa officials said the standardisation had rendered their pupils hopeless and left teachers demoralised by the low scores they were awarded.

They accused Education CS George Magoha and the Kenya National Examination Council of altering the marks in favour of public schools.

It was a PR stunt to show public schools as hardworking and delivering as expected of their mandates, they said.

“The Knec assessment test done in October last year whose main aim was to gauge the candidates' preparedness revealed that candidates from public schools were the most affected by the prolonged closure of schools and were ill prepared for the exam," Kareithi said.

Private schools are demanding that they be engaged in the process of setting and marking of both KCPE and KCSE exams as private school learners constitute a 25 per cent of candidates.

They propose the appointment of  private schools representatives to sit in the Knec board. They say  one of the three slots left for the Education CS’s appointees should be accorded private schools .

The school owners also urge the government  to desist from classifying pupils as being from public or private institutions  as doing so alienates some learners.

John Kabui, a member of Kepsa, noted that the government ought to invest and put in a lot of hard work towards revitalising public schools to march private schools' academic performance.

“Private players invest a lot in terms of improving the infrastructure and the welfare of our pupils. What stops the government from doing so when they have funds allocated for that purpose? What stops the unions formed to fight for the welfare of public schools from agitating for academic excellence of these schools?” he said.

Solomon Munene, another member of Kepsa, appealed to the government to oversee a fair process of selection to secondary schools for pupils who studied in the private schools.

“Let each child be awarded according to her choice of school based on performance in the exam,” he said.