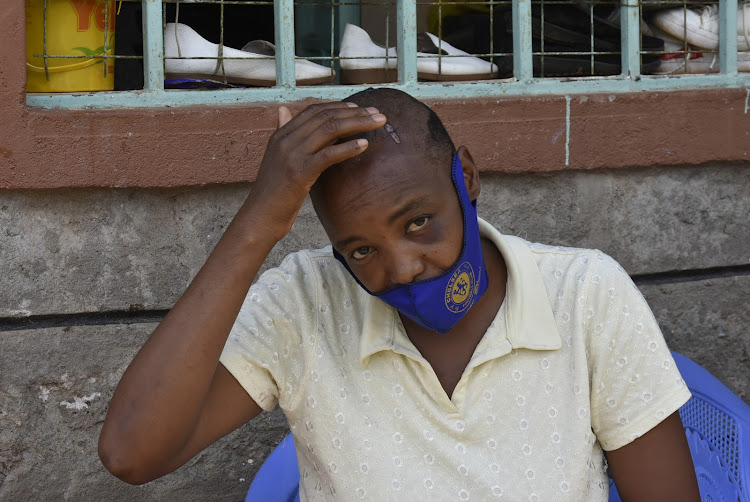 REIGN OF TERROR Eunice Njoki shows some of the panga cuts she suffered on her head when she reached home in Githima village, Thika East, on April 21. She wasn't robbed.
Image: JOHN KAMAU

Residents of Githima village, Thika, have been living in fear for a month as a teenage gang  attacks residents with crude weapons, leaving them for dead.

Nothing is stolen in the attacks with pangas, metal bars and pitch forks.

It sounds like maiming or murder just for fun.

Residents say five people have been killed in frequent attacks. Police say no deaths have been reported, only two assaults.

Residents have accused authorities of dragging their feet in apprehending the criminals.

Njoki, who sells eggs in Githima and Munyu, said the gang attacked her at the entrance of her home when she returned from work at 7.30pm on April 21.

She said her attackers beat her mercilessly using blunt objects. She suffered deep cuts to her head and arms. Her right leg was stabbed with a pitchfork.

“I pleaded with them to take my phone and the money I had but they would hear none of it. Their only intention was to harm me. Luckily, neighbours answered my distress calls and the criminals fled,” Njoki said 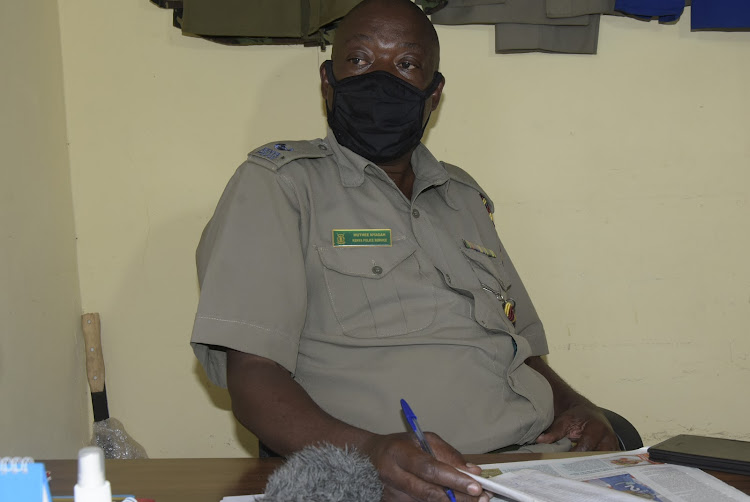 She was treated at Thika Level 5 Hospital. She reported the attack at Githima police post.

On the same day Njoki was attacked, her neighbour Hannah Wanjiku was lucky to escape the gang’s wrath.

“They chased me but I gathered all my strength and ran while calling for help. When neighbours responded, the criminals turned and fled," she said.

Wanjiku told journalists  she settled in the village in 1968 and has never witnessed such attacks. She blamed rampant sale and consumption of drugs, especially bhang, and illicit brews like chang’aa, for the violence.

David Njoroge, a Nyumba Kumi official in the village, said drugs and illicit liquor are sold in broad daylight under the watch of local authorities

He said residents will  petition Police IG Hillary Mutyambai to transfer all police out of Githima.

“Police are aware of all ills bedevilling our village but they are taking no action. They have given the criminals a field day. We want them moved. We believe newly posted officers will help restore security," Njoroge said.

“Enough is enough, we won’t give these criminals space to harm us anymore. If the police are not equal to the task, we will mobilise and teach them a lesson," he said

"One case, victim Eunice Njoki, might be the result of a family feud but investigations are ongoing to unravel the matter,” he said.

“Generally, Githima village is peaceful. I have been in Thika East for one year and there hasn’t been a murder  in the village,” Nyaga said.

The police chief said patrols will be increased in the village and police officers will work closely with area community policing and Nyumba Kumi officials to ensure all criminals are brought to book.