• Wahome says Jubilee's actions show it is not interested in forming or being part of the next government.

•  Notes the party should be conducting grassroots' recruitment in readiness for internal elections. 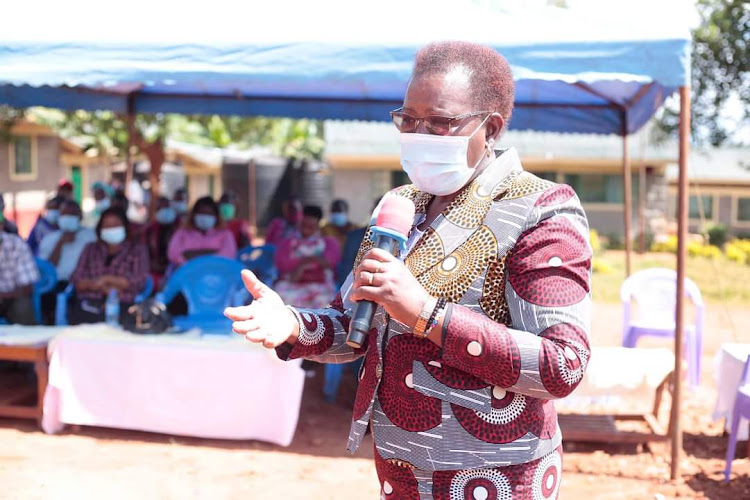 Kandara MP Alice Wahome has said the Jubilee Party stands to lose should it eject the United Democratic Alliance as it intends to.

Wahome said Jubilee should focus on conducting recruitment drives in the grassroots as it prepares to hold party elections.

The MP said the party risks turning itself into a shell with the ejections, noting that its move action to dissolve the coalition may have stemmed from UDA’s decision to start recruitment in the grassroots.

“This is a case of feeling bad because the party is going to the grassroots for recruitments because as far as we are concerned, UDA was an affiliate party of the coalition,” she said.

Severing ties between the two parties, she added, offends the agreement entered between Jubilee and the Party of Democratic Reforms, which later changed into UDA.

She said the recent actions by Jubilee indicate that it is not interested in forming or being part of the next government.

“A party cannot be held at ransom by another party that is not minded about forming the next government. Come next February, leaders will have the liberty to choose the parties they will vie on,” she said.

Wahome said the Jubilee Party was formed by 13 other affiliates that entered into an agreement.

She said the party has formed a tendency of not consulting party organs when making decisions , making it dictatorial.

“It is unfortunate because as the ruling party, it should be going out of its way to ensure it works within the law. Unfortunately, the practice has been to violate the law and the Constitution and end up in something that seems like impunity and dictatorship,” she said.

“I had warned the party that I foresaw the country being led to dictatorship periods that we fought so hard to move from into a democracy,” she added.

She termed secretary general Raphael Tuju’s actions as sideshows, indicative of someone who does not know how to build an institution.

The vocal MP said the government should focus on managing the COvid-19 pandemic and reiterated that the available resources should be channeled towards reviving the economy to alleviate Kenyans’ suffering.

She said the party made promises to Kenyans that it has failed to fulfil, noting that even the Big Four agenda launched by the President in December 2017 has taken a back seat.

“Now we only play reggae and forget what we promised. We have wronged our voters as the Jubilee Party,” she said.

Tuju last week wrote to the registrar of political parties in a bid to end its coalition with UDA.

The secretary general accused the UDA of fielding candidates against Jubilee Party, and that some of its members referred to the  ruling party in derogatory terms.

But on Tuesday,UDA  wrote to the registrar seeking to have the issues between the two parties solved internally.

UDA secretary general Veronica Maina voiced the party’s opposition to the dissolution of the coalition and instead said the two parties should seek arbitration to bury their differences.

But Murang'a Woman Representative Sabina Chege asked UDA to stop forcing a partnership that has ended, saying Jubilee has the right to stay in the coalition or dissolve it.

“If Jubilee Party says it is not interested in UDA, I don’t know why the latter would insist it wants to be in Jubilee yet it is an independent party and can stand by its self,” she said.

She added that that Jubilee Party had an agreement with PDR and not UDA, which she said is a new entity.

Chege said any member who vied on the Jubilee Party and feels that it no longer addresses their issues should leave.

“Come next year, I hope people won’t join parties because they are from their regions or because of a presidential candidate but because of what they stand for,” she added.