• A few weeks ago, the outgoing directors who congregated at Ngere tea factory vowed to stay put saying the new elections were illegal.

• On March 12, the President issued an executive order directing the Tea Board of Kenya to sanction elections in all tea factories in the next 60 days. 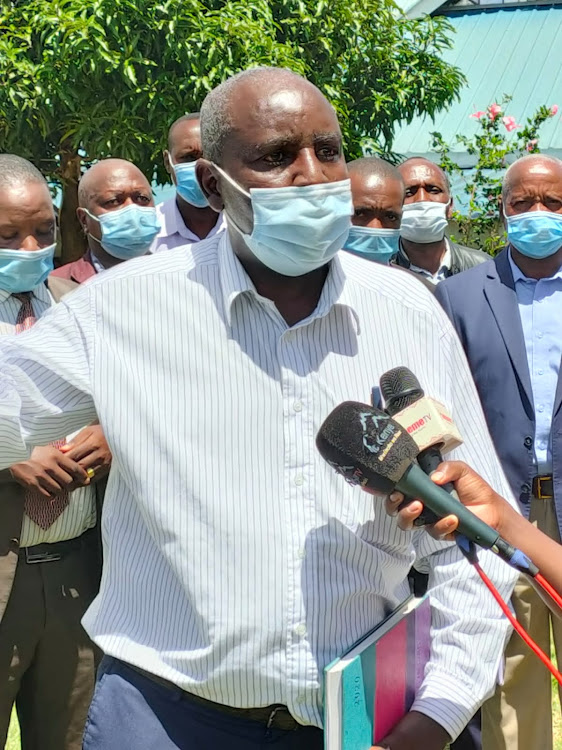 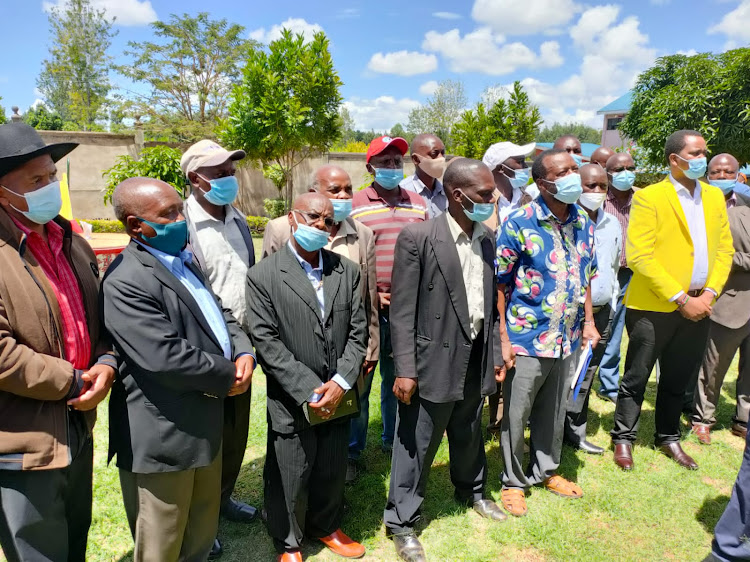 Some of the newly elected tea factories' directors at Kenol on Saturday.
Image: Alice Waithera

Newly-elected Murang’a tea factory directors want the county government to step in and help them take over the management of factories.

The directors who met at Kenol on Saturday said they were duly elected under the articles of associations of their factories.

They said farmers who have been fighting for reforms in the sector participated in the elections and it is now time for the government to enforce their wishes.

A few weeks ago, the outgoing directors who congregated at Ngere tea factory vowed to stay put saying the new elections were illegal.

Led by the factory’s outgoing vice-chairperson Henry Karuma, the directors said they were waiting for the newly established Tea Board of Kenya to come up with regulations that would guide the elections as per the President’s Executive order.

“We were surprised that Agriculture Cabinet Secretary went ahead and drew the elections schedule, yet the tea board is yet to be constituted,” he said.

On March 12, the President issued an executive order directing the Tea Board of Kenya to sanction elections in all tea factories in the next 60 days.

However, the High Court in Nairobi suspended the order, saying some of the issues raised in the order had been raised in another application filed by the Attorney General last year seeking to stop the elections.

This followed an application by KTDA in which the agency said the President had no powers to order the elections.

Joseph Mwangi, a director in Makomboki tea factory dismissed claims that the elections were a sham.

“We have already elected our chairmen and their deputies,” he said.

They said directors in factories that received their CR12 documents from the Registrar of Companies will officially take over the management.

Once they take over the factories operations, the directors pledged to instruct their lawyers to withdraw from court cases that have been filed against the Tea Act.

“We are asking the outgoing directors to hand over in peace. If they don’t, the government should help to remove them,” he said.

Joseph Karanja from Ngere tea factory said they are eager to start implementing reforms that will see farmers earning more from their produce.

He said factories should be transparent enough to publicise sales made in the Mombasa auction to enable farmers calculate their earnings.

“We will protect farmers. We don’t want their sweat to continue going to waste. They have done their part, it is now up to the government to step in and support them,” he said.

Farmers receive a mini-bonus payment of Sh5, but the Tea Act sought to change this by providing for the payment of 50 per cent of farmers’ monthly sales.

With the Act suspended, Nyakera said it is only right for the factories to make the payment for nine months from July last year to March this year.

Nyakera said all new directors have been listed in minutes and resolutions of annual general meetings in which they were elected and their names forwarded to the Registrar of Companies for inclusion in the factories’ CR12 documents.

“These are the duly elected directors. Anyone else can only be a former director and we expect the government to help enforce the legitimacy of the directors as the ones representing the interests of farmers,” he said.

The exercise is meant to assert reforms in the tea sector.
Counties
1 month ago

The President issued an executive order to have elections within 60 days.
Counties
1 month ago
by ALICE WAITHERA Correspondent, Murang'a
Central
12 April 2021 - 22:00