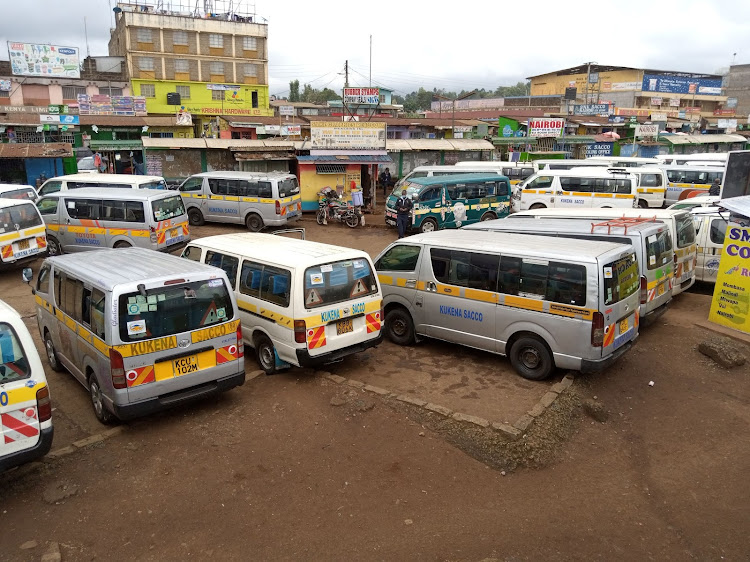 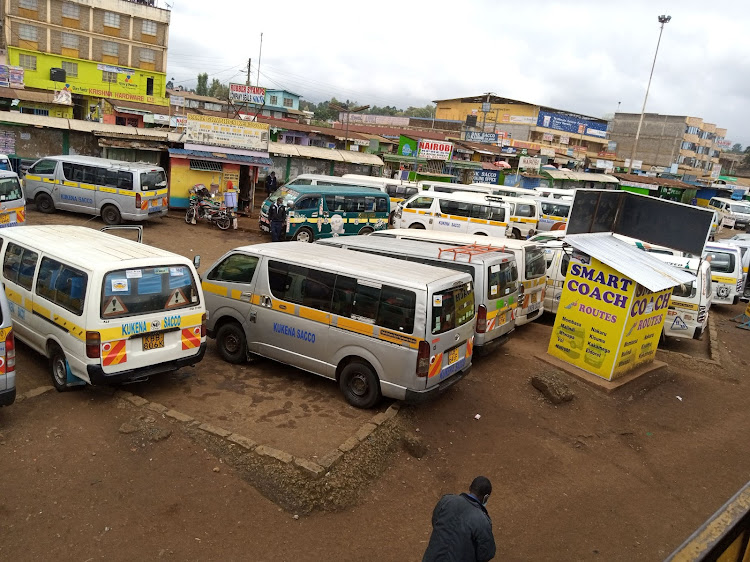 Evans Maina, a long-distance driver, was en route to Kerugoya from Nairobi on Friday, March 26 when President Uhuru Kenyatta announced the measures to heighten Covid-19 control.

Going by the company's schedule, Maina was to take the weekend off and resume work on Monday with his first destination being Nairobi from Kerugoya and later in the afternoon travel from Nairobi to Nakuru.

However, those plans came to a halt when the President banned movement into and out of a five-county zone that comprises Nairobi, Nakuru, Kiambu, Kajiado and Machakos.

Maina is one of the drivers who were lucky to have retained their jobs, as several of his colleagues were sent home until further notice.

He, however, discloses to the Star that though he retained his job, he now competes for short-distance routes with other drivers who have been plying such routes. He says he is not earning enough to sustain his young family.

The driver describes his day at work as unoccupied and anxiety-filled as he can go for close to an hour without a passenger in his matatu owing to the reduced number of passengers travelling nowadays.

“Many long-distance drivers have now been forced to ply from Kerugoya to Kutus, Embu, Nyeri and Murang’a routes. There is nothing much we can do until the government gives its next address,” he says.

"The high price of fuel has worsened the situation. The highest number of trips one can make per day is two and that is from Kerugoya town to Kutus. We are not making any profit as the Sh500 one gets from passengers in both trips is being channelled to fuel."

His colleague Robert Muthike says his work, too, has adversely been affected by the government's directive. He says weeks back he could make Sh3,000 a day against the Sh300 he is currently making.

“It is tough and business has hit rock bottom. Making at least Sh1,500 in a week is a privilege."

Gerald Murimi, a conductor and caretaker of his boss’s vehicle, is another matatu operator who is equally bearing the brunt of the Covid crisis.

“On normal days, our work starts at 3am. Most of those who rely on our services are businesspeople who need to be in Nairobi by 6am to collect their goods. Since the onset of Covid-19, many of our clients' businesses have suffered, which means they are at home and we have no passengers," he says.

He says before the pandemic, his target for the day was Sh4,000, a target he says he would surpass, thus giving him enough money to sustain his family. However, he currently can make only Sh1,500 on a good day.

He says his greatest fear is the challenges bedevilling the employees who depend on the sector. Currently, the Sacco boasts of over 700 public vehicles plying  different routes across the country.

“With minimal movement, we have had to lay off some of the staff. Many of our vehicles are currently not in operation. We only allow a handful of vehicle into the main stage. Easter holiday was our presumed profit making season but our hopes were dashed when the government placed a restriction on movement to some of our key routes,” Muriithi says.

Apart from the high fuel prices, he also decries high taxation that public vehicle owners are being subjected to regardless of the losses they make.

“The taxman is demanding his share. We have attempted to appeal to no avail. We got responses that we should at least clear half of it and currently, we have no money as many of our vehicles are not in operation,” he says.

Muriithi is now appealing to the government to open up the country and roll out an aggressive campaign on how Kenyans need to cope with the disease.

“By now, a lot of people know the drill on how to keep the virus at bay. Let the government open up the country as it continues encouraging Kenyans to observe the measures. We as the transport  sector players have all along heeded to the call and will continue doing so,” he says.