NOT THE RIGHT TIME

Directors say gathering for the polls will fuel virus spread 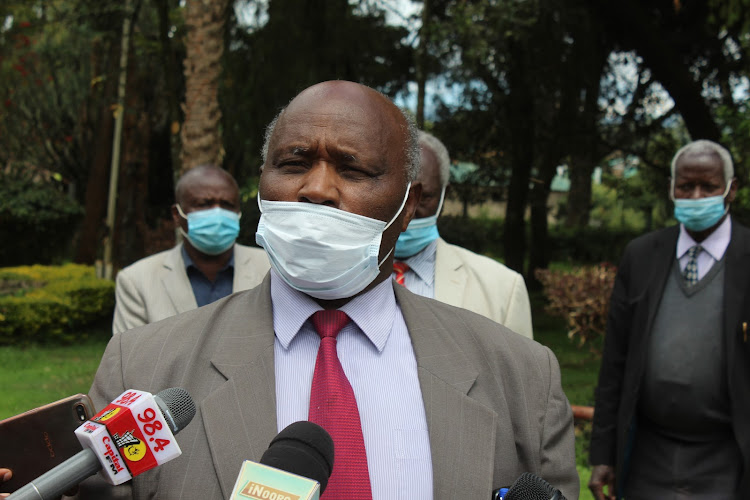 The Kenya Tea Development Agency directors' elections slated for Saturday are not in line with the Health ministry protocols on Covid-19 as far as gatherings are concerned.

Nyeri tea factories directors, also known as Zone Four, in a statement on Thursday questioned why the elections were being held in one designated area.

Nyeri Governor Mutahi Kahiga also banned all forms of public gathering to check the spread of Covid-19 after it emerged that positivity rate was high in the county.

“This has made the governor to even suspend official duties and it’s also good for our farmers to note that Covid-19 is also with us within the catchments,” he said.

The Zone has 39 directors and over 40,000 farmers who will be expected to participate in the elections.

Chinga Tea Factory director Mukundi Wambugu said some farmers live in the five counties where the President imposed movement restrictions, adding that such farmers will not be in a position to participate as they cannot travel.

The counties are Nairobi, Kiambu, Kajiado, Machakos and Nakuru.

He said some factories have over 7,000 farmers, most of them elderly, and bringing them together to participate in the elections will be violating the restrictions and putting them at risk of contracting the disease.

“This is not the right time to conduct elections as this will be exposing our people to Covid-19,” he added.

The directors said they are legitimately in office and will always defend the tea factories from attempts to take them down.

"The elections scheduled to take place on Saturday are trying to take farmers back to the mlolongo system which is not supported by Memorandum and Articles of Association," the directors added.

The system, they said was dropped over 13 years ago and using it would be taking the sector back to the dark days.

Gitugi Tea Factory director James Waithitu said the elections were illegitimate and not backed by either company article or law.

“Every year, elections are held where a third of the directors go on rotation. A rotation means every three years, an area must have elections as per the company’s Articles of Association and the law. So in three years, all directors are subjected to the electoral process,” he said.

"Some of the those fronted for the director seats in the elections have been barred by court from holding the offices and are fronting themselves in total disregard of the court decision."

Some, he said, are ex-factory employees who were terminated on various verifiable issues. Some are currently in court and others did lose in the February 2020 court case, he added.

He said they were to hold elections on November 2020 but the elections were stopped by the courts after Agriculture CS Peter Munya moved to court.

“But now we are accused of not holding elections and the CS is the one who has tied our hands,” they stated.

The directors vowed that they will not be participating in the elections to avoid going against the presidential and MoH directives.

President Uhuru Kenyatta on March 12 issued an order directing the Tea Board of Kenya to conduct elections in all tea factories within 60 days.

The High Court suspended the executive order but the elections are still going on where Zone Four factories are set to hold the elections on Saturday.

Only Chinga Tea Factory in Nyeri zone has postponed the elections to April 24. 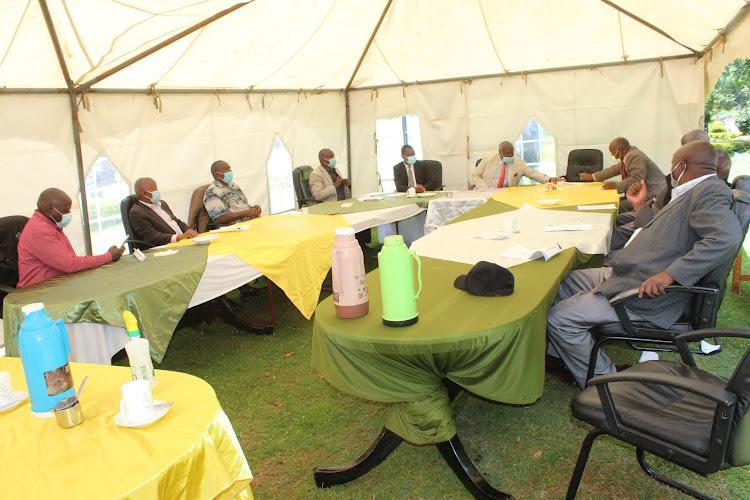