Mother of the child whose friend was visiting had gone to the shopping centre to buy supper.

• Neighbours suspect flames from a gas cooker caused the fire.

• The children aged four and five were trapped in the bedroom. 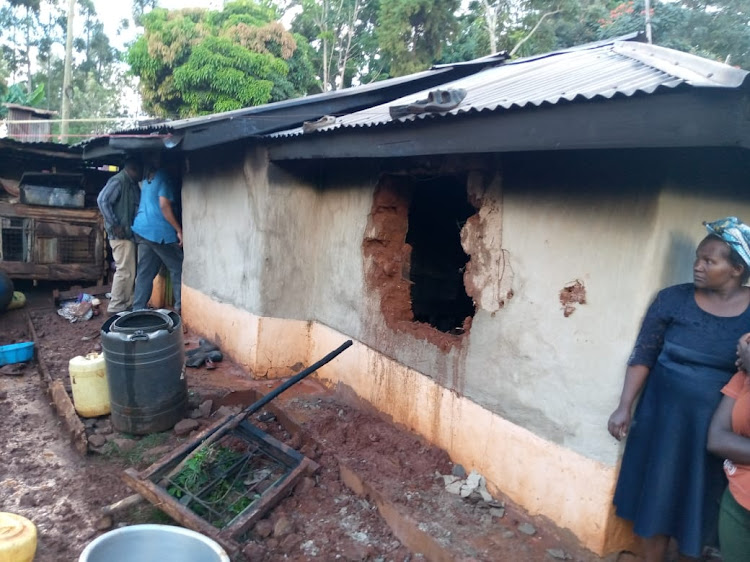 The house in which two children died in Kigumo on Tuesday.
Image: Alice Waithera

Two children from different families burnt to death at Gakuyu in Kigumo subcounty of Murang’a after a house caught fire at around 5pm on Tuesday.

Neighbours suspect a gas cooker was left to run and the fire broke out when one child lit a match. The children aged four and five were trapped in the bedroom.

The mother of the child whose friend was visiting had gone to the shopping centre to buy supper.

John Kinuthia, a neighbour and family friend, said the entire village fought to manage the fire and save the two children but were unsuccessful.

“Even with the help of firefighters from the county government, the fire razed the house and claimed the lives of the two children,” he said.

MCA Eric Kamande said one child died on the spot while the other one passed away as he was being rushed to the hospital.

“We are suspecting that the kids had been left alone in the home and put on the gas cooker. When the fire broke out and spread, they tried to hide in a bedroom,” he said. 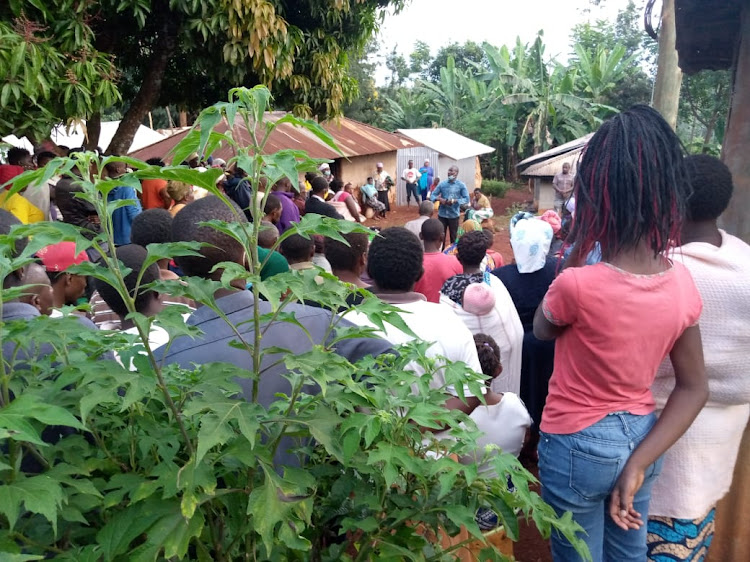 Gakuyu residents gather at a home where two children died in a fire.
Image: Alice Waithera

Kamande who is also the leader of the majority in the county assembly appealed to parents to avoid leaving children unattended. He said flammables should be locked out of reach of children.

Kigumo deputy subcounty police boss Reuben Bett said preliminary investigations show the children left the gas cooker running as they played and that the fire broke out when one struck a matchbox.

Bett urged parents to watch their children keenly during the holiday, saying the area has experienced three other similar incidents this year.

"It is very unfortunate that we have lost very young children in such fires. We are appealing to parents to avoid leaving their children unattended," he said.