New twist in Juja by-election as candidate calls for delay

• The candidate opined that election of an MP is not an emergency, hence it can wait until the contagion in the country is suppressed.

• Mburu cited the ban on political meetings and campaigns as reason enough to postpone exercise. 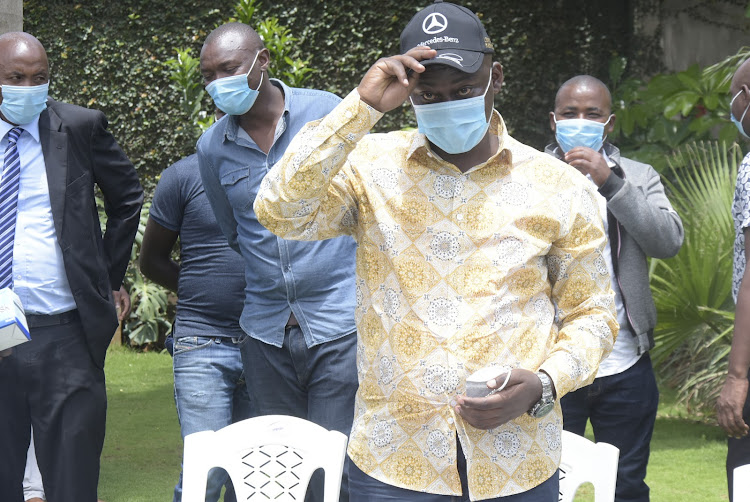 Aspirant John Njoroge Mburu of People's Party of Kenya in Juja on Tuesday. He said he will move to court to compel IEBC to postpone the May 18 Juja by-elections
Image: John kamau 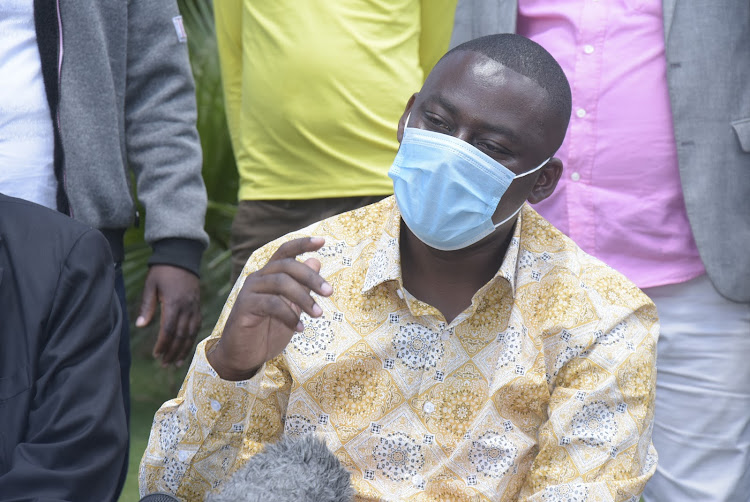 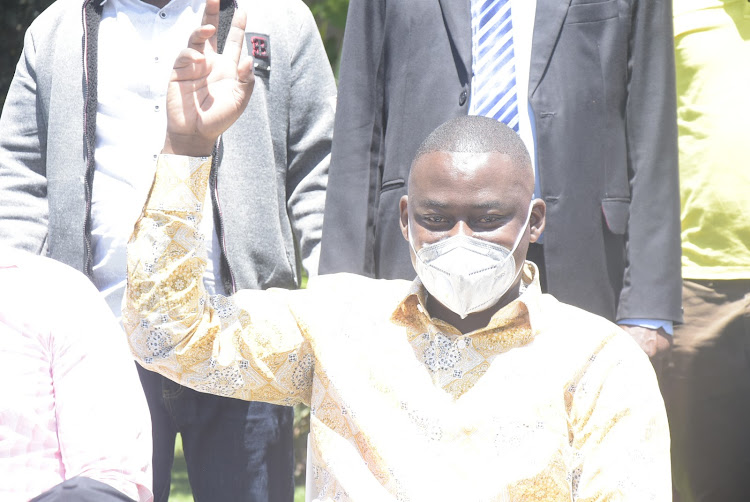 John Njoroge Mburu of People's Party of Kenya during the presser in Juja on Tuesday.
Image: John Kamau

The Juja by-election slated for May 18 has taken a new twist after a candidate yesterday petitioned the IEBC to postpone it.

Njoroge Mburu, who’s vying on a People’s Party of Kenya ticket, argues that the Independent Electoral and Boundaries Commission infringed on the aspirants’ democratic right and space by barring them from holding physical campaigns in the race to succeed former MP Francis Munyua, alias Wakapee, who succumbed to brain cancer on February 22.

Mburu cited the ban on political meetings and campaigns as reason enough to postpone exercise. He addressed the media in Juja town. He opined that election of an MP is not an emergency, hence it can wait until the Covid-19 situation is suppressed.

“The pandemic is becoming lethal and claiming so many lives in the country. We are strictly observing and adhering to the government directives on curbing the virus and it’s my opinion that we shouldn’t have the by-election postponed until the pandemic is contained. We can even wait until next year’s general election,” Mburu said.

He urged the IEBC to halt any plans for by-elections until the country is declared safe from the pandemic, adding that that would give all candidates a competitive and equal ground to seek support.

Mburu threatened to seek legal redress and have a court compel the IEBC to postpone the by-election.

“Unless there’s hidden agenda in the by-election, IEBC should stop the exercise because we cannot even hold the by-election without proper campaigns,” he said.

He argued that campaigning on social media, as they were directed by the commission is near impossible as they can’t effectively sell their agenda to all residents.

“Most residents are grappling with other problems like putting food on their table. Such people will not buy data bundles to follow us on social media sites. Some residents don’t have Internet enabled phones or have no phones at all. We should wait until physical campaigns are allowed,” he said.

Mburu also divulged that he is privy to information that the IEBC has set aside Sh200 million for the vote, saying he will petition the commission to spend the money to feed hungry Juja residents or address some of the pressing issues residents are facing like roads, water and medicine.

“Why spend such an amount of money in an exercise aimed at sending one person to Parliament amid a pandemic that has left thousands of Juja residents unable to feed their families? The money can be used to feed hungry Juja families for more than a month. The by-election is not a priority at this time but the well-being of residents,” he said.

Some of the residents who spoke to journalists concurred with the aspirant saying that the by-elections can wait until the pandemic is effectively contained.

“We are not in a hurry to get an MP. We’ve had several lawmakers but are still grappling with a myriad of challenges. Let the focus be on fighting the pandemic. The by-election can come later when we are safe,” Eliud Kinuthia said.

Helen Mugo said constituents are confused on how the exercise will be coordinated given the strict measures that have been put in place to contain the pandemic.

Some 12 candidates have been cleared by the IEBC to run for the seat. Others include Jubilee’s  Susan Njeri, George Koimburi of People’s Empowerment Party, Maendeleo Chap Chap’s Antony Kirori, Eunice Wanjiru of The National Democrats, Ken Gachuma of the National Liberal Party and Kanu's Dorcas Wanjiru.