He was busted in his house allegedly selling to students

• Lari DCC Agnes Karoki warned peddlers the government is alert, will deal with them 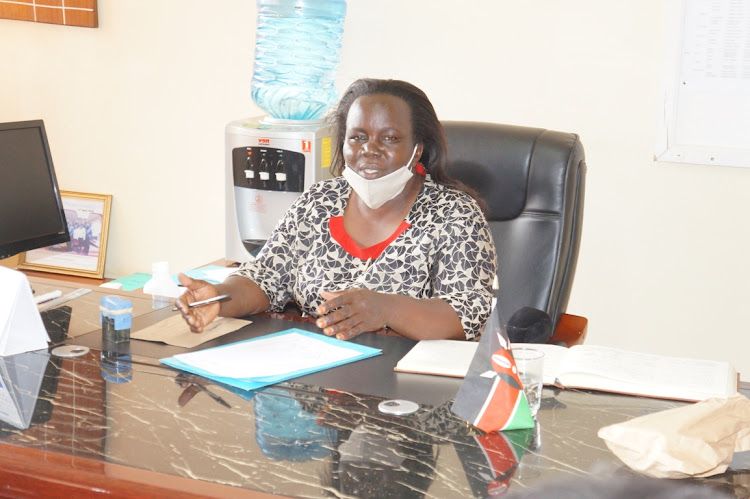 Police in Kiambu on Sunday arrested a bhang peddler at Nyambare trading centre.

A teenager found at the scene was also arrested. Police said the peddler was targeting secondary school students.

"The 18-year-old claimed to be a student, we did not leave him,” Lari DCI Eunice Maingi said.

She said they recovered 19 rolls of bhang, another unprocessed 300 grammes, wrapping papers and two scissors.

The two were taken to Lari police station for further investigations. The exhibit will be taken to government laboratories for analysis.

Maingi said they nabbed the suspect at his rental house, where he had moved his business to.

She warned bhang peddlers who have changed their strategy to selling the drugs from home to leave Lari subcounty.

She asked residents to remain vigilant to identify criminals and report them to her office or her officers on the ground and action will be taken.

“We have no space left for bhang peddlers or those who sell such hard drugs, especially to our young people,” she said.

“We are always alert and we act quickly. No matter how someone will change their strategy, we shall know and come for you. If you are there, just know we are coming for you.”

Locals thanked the police, local administration as well as Nyumba Kumi for working closely with them silently since they had succeeded in eliminating drug abuse among other illegal activities.

“Bhang and hard drugs are so hard to find in this area,” Nyambare Nyumba Kumi chairman Samson Mwangi said.

“Whenever someone comes to sell, they are noticed early and everyone complains to the relevant authorities and action is taken.”