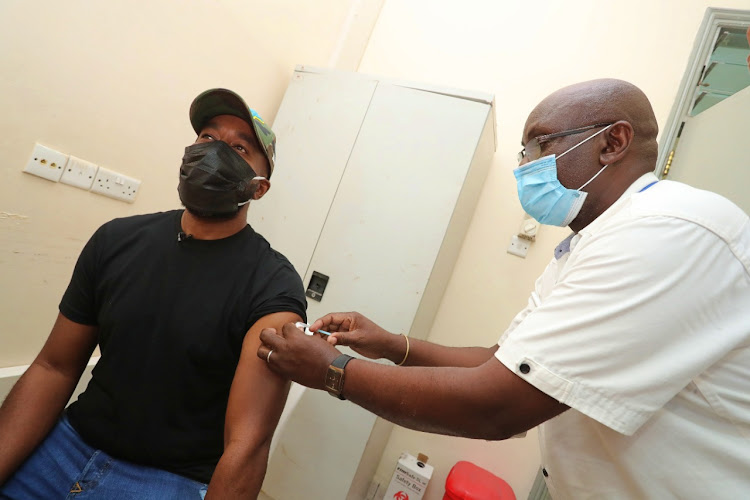 Muslims living in Nairobi's Kiamaiko ward have vowed not to take the Covid-19 vaccine until their religious leaders approve of it.

Kiamaiko is an estate within Mathare constituency. Most of its residents are Muslims. They say the Covid-19 vaccine—the AstraZeneca jab—is haram (illegal in Islamic law).

Residents who spoke to the Star said they are hesitant to receive the jab because of fear that it contains pork products and concern that it causes blood clotting in some people.

Abdullahi Ahmed, 58, swore he would not take the jab unless Muslim leaders approve of it.

Even though he admitted that the vaccine could help save lives, he insists that the desire to be alive will not lead him into ‘sinning.’

“We have heard many reports about people who have had blood clotting after receiving the vaccine. That would be illegal in Islamic law,” Ahmed said.

He said he has been consulting clerics in his area to ensure the manufacturers of the vaccine reveal its contents.

Ahmed said he would not allow his two wives and children to take the Covid-19 jab.

Efforts by community health volunteers to convince Ahmed that the vaccine’s benefit outweighed the unfounded fears have been futile. Only Muslim leaders can convince him to take the vaccine.

“If the Imams tell us that the vaccine is Halal (genuine), then we shall consider taking it. Their silence does not mean they approve,” he said.

Community health volunteer Patrick Kivuva said there are so many cases of people opposed to government efforts to vaccinate vulnerable members of the public.

“The religious concerns among Muslims about the legality of the vaccine is a big challenge in pushing the drive for the vulnerable to get the jab,” Kivuva said.

"In households where the breadwinner declines to be vaccinated, he leads the entire family into refusing the jab."

He proposed that Muslim community health volunteers be included in the initiative to counter the rising misinformation about the vaccine and the hesitancy among Islamic faithful.

“We are usually accompanied by Muslim CHVs and elders who sometimes manage to convince the staunch believers that the vaccine is Halal,” Kivuva said.

Pork-derived gelatin has been widely used as a stabilizer to ensure vaccines remain safe and effective during storage and transport.

An article in The Guardian stated that Sharia compliance has been even smoother with the Pfizer/BioNTech, Moderna, and Oxford/AstraZeneca vaccines.

“All three manufacturers say they contain no animal derivatives and stamps of approval have come from the British Islamic Medical Association, the Assembly of Muslim Jurists of America, and the grand mufti of Saudi Arabia,” an article in the paper said.

It explained that sharia scholars have said many times that vaccination isn’t merely a permissible choice for Muslims. Because it helps to protect others, it is what they call a fard kifaya (collective duty).

The New York Times reported that only 25 out of the 20 million people who have received the AstraZeneca vaccine reported having blood clots and no evidence points absolutely to the vaccine as the reason for the clotting.