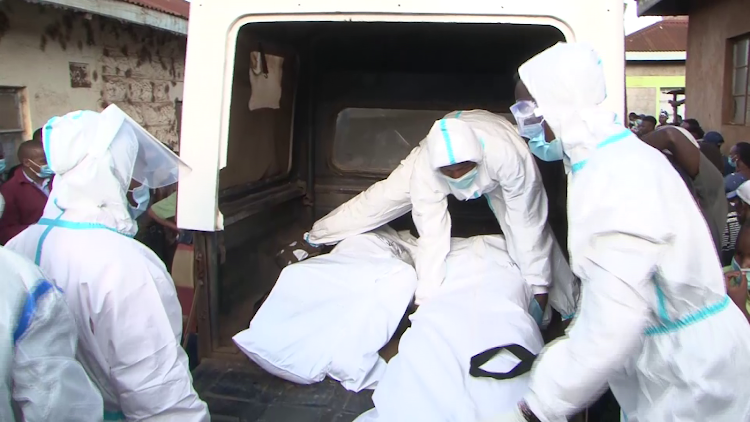 Public health officers load the bodies of Hillary and Priscilla into a waiting police van in Thika on Tuesday.
Image: John Kamau 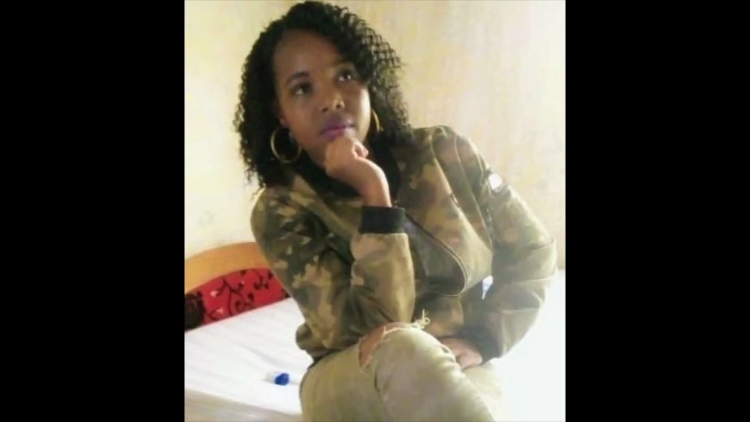 24-year-old Priscilla who was killed by her boyfriend in Thika.
Image: John Kamau 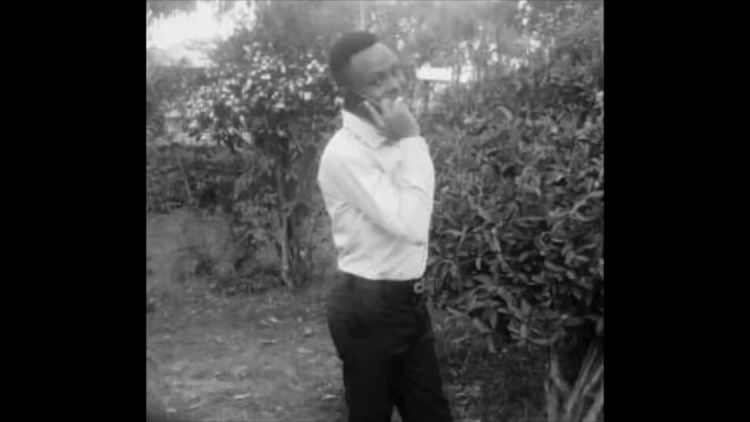 In what seems to be love gone sour, a man slit his girlfriend’s throat and stabbed her before hanging himself in Thika’s Majengo Estate.

Hillary Kipkirui, 29, is said to have killed his girlfriend, only identified as Priscilla, 24, on Sunday before hanging himself in their rented single-room house within Majengo estate.

Neighbours say the two lovers who were students at an institute of higher learning within Thika had constant fights.

The neighbours who spoke to journalists after the bodies of the two were retrieved by the police and public health officers on Tuesday evening said they were woken up by a foul smell emanating from the house.

Veronica Nduta, a neighbour, said that the two quarrelled on Sunday and since then they had not been seen moving out of the house.

“We did not intervene in their fight because they have been in frequent fights after which they would reconcile. After the Sunday fight they never came out of the house but their phones were constantly ringing. In the morning a foul smell was emanating from the house which raised our suspicions and we informed the authorities,” said Nduta.

After the police managed to break into the house, Kipkirui’s body was found dangling from the roof of their house while Priscilla’s body was on the bed with her throat slit and multiple stabs on the chest and stomach.

Nduta noted that the young man had been threatening to kill the girlfriend accusing her of being unfaithful.

“He (Kipkirui) has been beating up the young lady brutally accusing her of infidelity. At times he threatened to kill her,” she said.

The neighbours said last month, Kipkirui tried to strangle his girlfriend using a cable wire but she was saved by her cousin who arrived at their house unexpectedly.

“We heard that on Sunday the girl had come to collect her belongings saying that she was giving up because of her boyfriend’s brutality. We suspect that the man could not take it and ended up killing her before hanging himself,” said Esther Mbithe, a neighbour.

James Kamau, a community leader in the estate, condemned the incident urging youths to be seeking help and advice from elders or church leaders whenever they have disagreements in their relationships.

“It pains a lot to see such young lives lost due to differences in their relationships. Their parents have struggled a lot to educate them and when they are about to complete their education they end up killing each other over love. I’m pleading with our youth to seek help from their parents, elders or church leaders to avert such incidences,” Kamau said.

Thika subcounty deputy police commander Moses Sirma told journalists that though he hadn’t received a report on the incident, he was aware and that the matter will be investigated.