After battles with in-laws, Joan Kirubi fights for widows

When her husband died, they grabbed the couple's property, took away the children and hoped she would soon die. 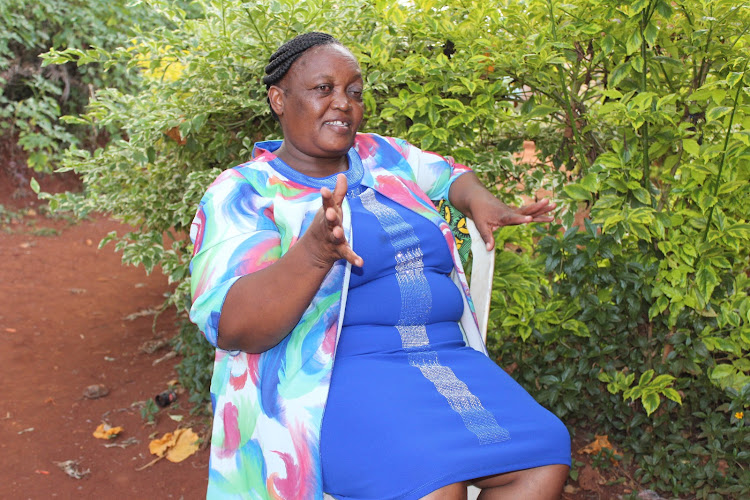 Joan Kirubi during an interview at her home in Mukuyu near Murang'a town.
Image: Alice Waithera

When Joan Kirubi lost her husband in 2000, she had no idea she was about to face decades of gruelling fights for her family’s property.

At the age of 35, she was left to care for their three children, the eldest being only 12. The couple had realised they were both living with HIV when Joan was 30 years old.

But it was when her husband’s health status deteriorated that Joan started experiencing difficulties in her marriage.

Her in-laws accused her of bewitching him and spirited him away from his matrimonial home to his rural home in Tutho, Kangema, to care for him.

The husband even wrote a will in which he appointed his sister as the administrator of his properties.

When he eventually lost his life in a health facility in Mwea, Kirinyaga, his family buried him in two days. Joan barely made it to the burial.

Security officers advised her to relocate from her home in Mukuyu market near Murang’a town for her safety.

Joan retreated to her maternal home but a district commissioner whom she reported the matter to summoned her in-laws and they allowed her to live in the home the couple had built in Tutho. The home in Mukuyu was rented out. 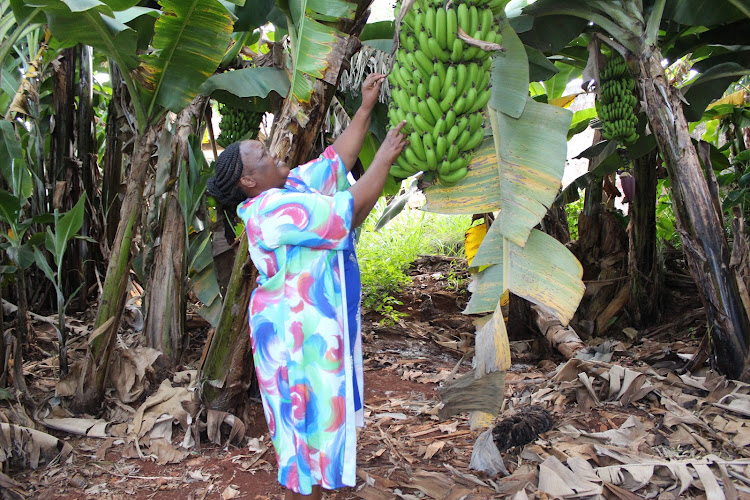 Joan Kirubi in her four-acre farm in Mukuyu near Murang'a town. The farm was repossessed after being auctioned by a local bank
Image: ALICE WAITHERA

“We had a separate property in Tutho where we had constructed a wooden house,” she said.

And that was when she approached Fida Kenya for help and was advised to get her husband’s death certificate to enable her to conduct a search for all his property.

The burial permit that would enable her to acquire the certificate from the hospital was, however, with her father-in-law and she had to use her son to get it. The in-laws had by then taken possession of her cars.

She was able to obtain land searches for 17 parcels of land and logbooks for two cars after which Fida Kenya wrote to the district commissioner’s office seeking to have them impounded.

She was also able to freeze a bank account that had been taken over by the in-laws and through which the couple’s tea farm proceeds were paid until a case filed in court was heard.

By then, her story had become public and several lawyers volunteered to represent her pro bono.

“At this point I was facing serious stigma because people treated me as if I was dying and secluded me,” she said.

But the most shocking incident occurred a year after her husband’s death when one evening she visited her only friend in the village and ended up spending the night as her children were in boarding school.

The two friends heard screams at night and were shocked to find smoke billowing from her wooden house. Whoever put the house on fire thought she was asleep.

With all her possessions lost in the fire, Joan woke up early the following morning and walked 10km to Kanyenya-ini shopping centre where matatu operators gave her fare to Kangema police station.

There, she narrated her ordeal and was shocked to see her in-laws walk into the station to report the fire.

“They told police officers that someone had died in the wooden house but when they saw me in the OCS’s office, they were shocked and twisted the story claiming I had burnt the house,” she said.

She went back to her matrimonial home in Mukuyu only to find that her husband had taken a loan against the property and that a local bank had already auctioned the four-acre land. 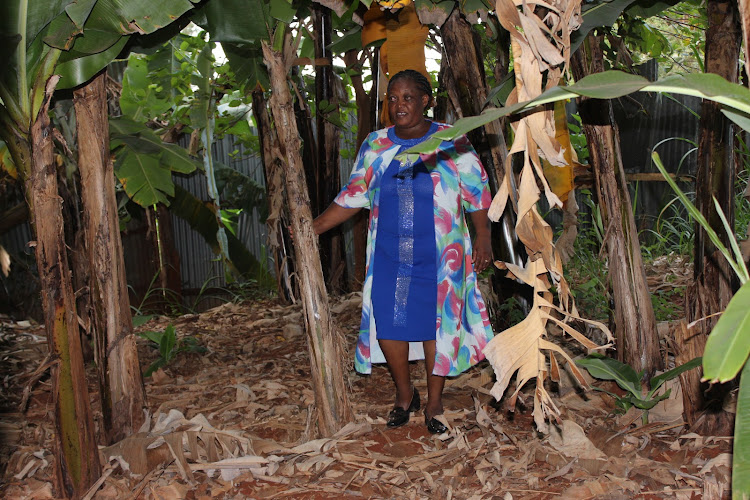 Joan Kirubi in her farm. She has been helping widows facing disinheritance to fight for their rights.
Image: Alice Waithera

Meanwhile, Joan had been appointed a member of the HIV committee in Murang’a which gave her an opportunity to interact with the then First Lady Lucy Kibaki.

Her children were not allowed to see her and lived with the in-laws when they closed school. With the heightened stress and no ARVs, Joan suffered from meningitis that saw her slip into a comma, with a CD4 count of 14 when a normal count should be more than 500.

It was Lucy Kibaki who transferred her from Murang’a General Hospital to Nairobi and catered for all her bills. The former First Lady also helped her repossess her auctioned land.

Joan was among the people who formed the National Empowerment Network of People Living with HIV and Aids that helped lobby for subsidised ARVs and free tuberculosis treatment.

Afterwards, many people who had gone through similar situations came together and formed a group, Friends of Joan, through which they were able to support each other and others.

Joan later started a children’s home in her Mukuyu property that supported neglected children living with the virus in partnership with Kenya Network of Women With Aids.

After a gruelling court case, Joan won in 2017, 14 years after it was filed. She was also re-united with her children who are now adults.

In her work, Joan says she has encountered heartbreaking incidents of women going through hardships when they lose their husbands. The situation is worse if they have HIV.

Now an activist, Joan says seven out of 10 widows go through attempted disinheritance, with many forced to fight to support their families in Murang’a county. Her role is to identify them and point them to organisations that can help them.

“Many young women choose to leave their marital homes due to fear and intimidation. The easier route for me would also have been to leave but I chose to stay and fight,” she said, adding that her in-laws thought she would soon die and they would not have to fight for her property.

But even more dreadful, she said, is the fact that her husband’s death certificate indicated that he died out of HIV/Aids, which further stigmatised her as she sought help in educating her children. 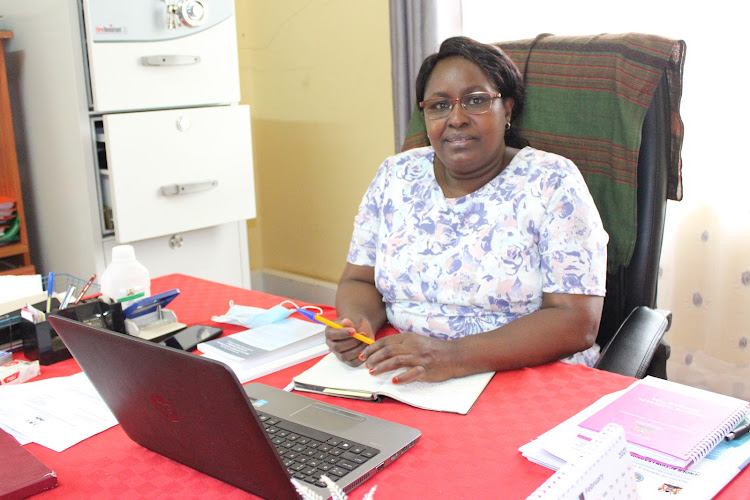 Murang’a county director of Social Services Esther Maina told the Star that she has received over 30 cases of women facing disinheritance this year alone.

“Some of the women are chased away with only their clothes because they were housewives,” she said, adding that many do not know the value they add by doing the unpaid house work.

But the biggest challenge is the fact that many women do not have access to forums that could empower them to better handle their situations yet there are many organisations that offer voluntary services.