Nyeri South Traders Sacco now aims at pooling resources and give members loans to enable them expand their businesses. 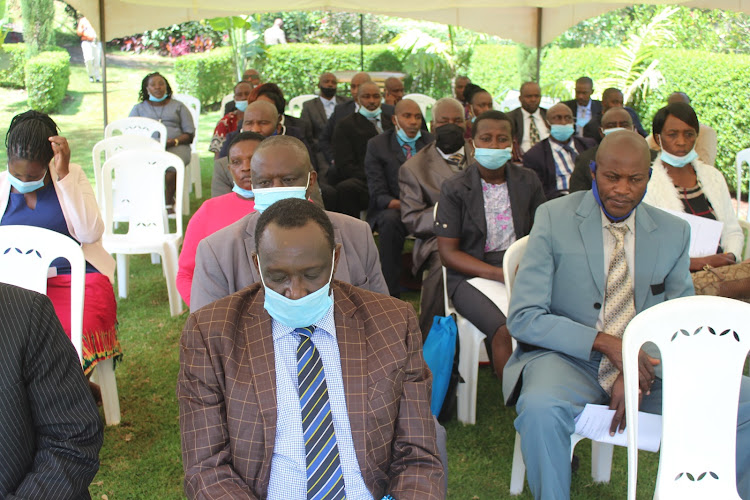 Mechanics and other small traders from Othaya constituency in Nyeri county have joined hands to form a sacco.

Joseph Wanjohi, the chairman and one of the founder members of the Sacco, said the entity started as a welfare group and registered with the social services as New Vision.

They were later advised that the group had grown and qualified to be a Sacco.

He said many mechanics were not saving whatever they earned.

“We had to convince them to save whatever little they earned, pool the resources together, borrow the money and use it to expand their work,” he said.

The chairman who addressed the media during their annual general meeting on Monday said their objective is to grow and start front office service activity department and open branches.

“This Sacco captures the lowest cadres of people, especially the mechanics, who have no permanent working places and have to move around with their tools,” he said.

“Most of the time they are not sure whether they will get enough to feed their families at the end of the day and that is why we want to look for ways of empowering them.”

Naomi Wanjiru, a board member, said the group started by giving loans of Sh15,000 to members, which has now increased to Sh200,000.

Members' loans are guaranteed by their shares and do not need collaterals, Wanjiru said, adding that they can now  borrow three times their savings.

Bernard Mwangi, a member, said they started the sacco with many challenges, while Agnes Njambi said  it has enabled her acquire property.

“I am also a trader and the money borrowed has greatly helped me grow my business,” she said.

Laikipia Governor Nderitu Muriithi, who was the chief guest, said 25 per cent of domestic savings are held by Saccos, which are key financial institutions in Kenya.

He said in Laikipia, the county government has engaged Saccos as channels of the county’s economic stimulus.

This, he said, means Saccos can pick some resources from the county’s cooperative revolving fund at around six per cent and give it to members at seven per cent.

“We have a lot of faith in Saccos as financial institutions,” he said.