Say they are in full support of the reforms contained in the Tea Act and want it implemented as fast as possible. 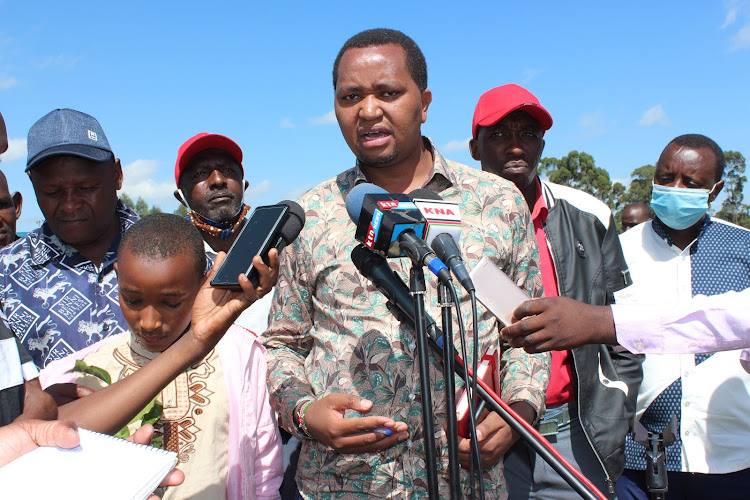 A section of tea farmers from Kangema in Murang’a want the Attorney General to consolidate all court cases filed by KTDA and other agencies opposed to reforms in the sector.

The farmers affiliated to Kanyenya-ini factory said the agency facilitates the filing of numerous cases which result in wanton wastage of their money.

Currently, three cases are ongoing in Nairobi, while one is in Embu challenging the new Tea Act that was passed late last year and assented to by the President.

Speaking in Tutho during a meeting organised by Kenya Tea Sector Lobby chairperson Irungu Nyakera, the farmers reiterated that they were in full support of the act and want it implemented as fast as possible.

In August last year, the farmers engaged in a month-long boycott demanding the withdrawal of the court cases filed by the agency.

They said the sections would have devastating consequences on their factories if implemented. But the farmers said they want the matters urgently resolved.

They further asked Agriculture Cabinet Secretary Peter Munya to move with haste and establish a tea board to implement the act.

The act has mandated the board with developing, promoting and regulating the tea industry including sales, exports and imports, and developing a national tea marketing strategy among other reforms.

“We want the act to come into force so that farmers can start receiving half their payments every month as stipulated by the new law,” Wambugu Gachunji said.

The farmers further asked the government to ensure election of tea factory directors are held in March to reform governance in the factories.

Nyakera noted that tea prices rose last year when Munya stopped direct sales of tea and insisted that all tea had to go through the Mombasa auction as provided for by the act.

He said the agency has been channeling farmers’ money to a pool account after sale of tea, pays only 30 per cent to farmers and uses the rest to give them loans as they await the annual bonus, which he said has been overturned by the act.

Lawyer Patrick Ngunjiri said farmers want to reap the full benefits of the act without delays and have not authorised factory directors to block reforms through courts.

Early last month, Munya announced that his ministry had prepared the Tea Board (Elections) Regulations 2020 under the new Tea Act and that stakeholders in the sector will be represented in the board.

The regulations will provide guidelines for elections, power of attorney for corporate institutional growers, eligibility requirements and elections observers.

Two weeks ago, Governor Mwangi Wa Iria asked the President to issue an executive order to have the court cases hastened as Munya vowed not to be cowed by the forces opposed to the reforms.

Benson Millimo, who is representing the tea factories in Embu High Court, said tea factories are justified in seeking legal redress against sections of the Tea Act which they believe infringe on their constitutional rights as business owners.

Millimo said the factories are merely following a constitutional process and dismissed claims that courts are being used to frustrate the government's reform agenda.

"It is not true that when a party goes to court, they do so to frustrate a process. If a farmer feels aggrieved by a decision of the national government, the only recourse they have is to go to court. That is what the rule of law dictates," he said.

Millimo urged the government to use the opportunity to make a case for itself and leave the court to make a decision.

He said the directors are in office procedurally and that it is not the government's place to proclaim that they are improperly in office.

This is the third year in a row that prices have declined due to global supply surplus.
News
1 year ago

They say tea levy on exports and curtailment of direct sales is discriminatory.
News
1 year ago
by ALICE WAITHERA Correspondent, Murang'a
Central
08 February 2021 - 22:00