•Students from private schools that will not be able to reopen will be admitted in public schools.

•In case they are candidates, the government will issue directives on how the examinations will be undertaken since they are already printed. 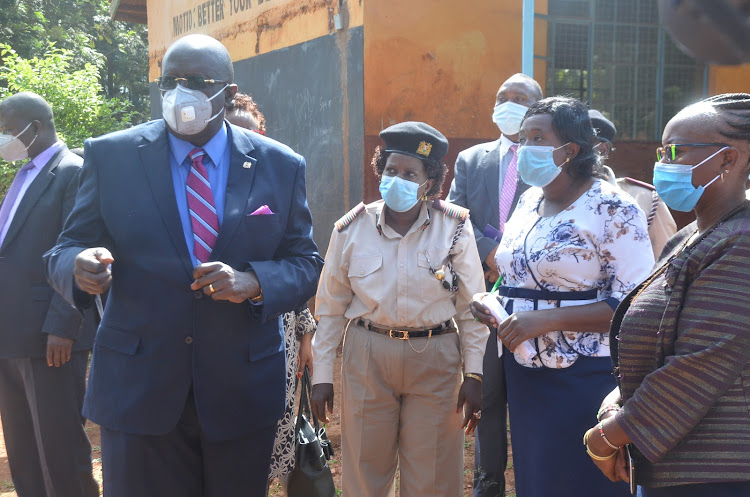 Education CS George Magoha has reiterated that schools will be reopened next Monday despite growing resistance from a section of stakeholders.

Magoha, who spoke while inspecting Mjini Primary School in Murang’a town on Wednesday, said there is nothing that will block the reopening of schools.

Magoha asked parents to prepare their children for the resumption of learning, saying the government is doing everything possible to ensure schools are conducive for learning.

“Schools will reopen on Monday. We must stop listening to toxic politics. We are not politicians, we are workers and our children do not belong to any political party,” he said.

The government, he noted, anticipates social distancing challenges once learning institutions reopen but added that that will not deter its efforts.

Magoha urged teachers to be innovative with the space they have in their individual schools, saying countries have not built new classrooms due to Covid-19.

The Kenya Primary Schools Heads Association (Kepsha) has said schools are too underfunded to handle the large populations of pupils, adding it would be impossible to adhere to the Covid-19 prevention protocols.

Kepsha Chairman Nicholas Gathemia said the over 23,000 public schools have over 12 million pupils and were not given funds to improve their infrastructure.

But Magoha urged stakeholders to stop criticizing the government’s efforts without offering solutions.

He further noted that the masks that the government has prepared for needy children are ready and will be distributed through a system that will prioritise those in dire need.

He said parents will only need to buy two reusable masks and will only require a maximum of Sh100.

“Don’t listen to politicians. They did not help you reproduce your kids. Let them retain their kids at home but allow us to take our children back to school,” he said.

The Sh19 billion meant for free education will be released to schools by Monday with Sh.14 billion going to secondary schools while Sh5 billion will be channeled to primary schools.

Magoha instructed teachers to ensure all children are given access to schools and warned them against sending children home for not paying fees.

“Primary education is free as per the constitution but in cases where it is payable, we are asking teachers to identify the needy children and support them. Let’s not have a situation where a pandemic has occasioned loss of jobs and then we send children back home,” he said.

The CS further asked boards of management to handle expectant teens gently and ensure they go back to school.

“When ready to deliver, they will be allowed to go for delivery and come back to school. Even those who are married, all students, especially candidates must go back to school so they can sit for the national exams,” he added.

Magoha further pointed out the majority of the schools have prepared for the re-opening with the help of the government and some NGOs.

He emphasized that the national examinations will be undertaken as scheduled and cautioned those out to sabotage them that they will not succeed.

The CS said many schools have already completed the syllabus for the candidates and that those yet to will have done so before the exams.

Students from private schools that will not be able to reopen will be admitted in public schools.

In case they are candidates, the government will issue directives on how the examinations will be undertaken since they are already printed.

In case the private school is still there but the students are unable to pay fees, they will be admitted to public schools on temporary basis but will undertake exams in the schools where they were registered.

He lauded field officers for ensuring the majority of the schools have had their desks delivered under the Sh1.9 billion stimulus package.

“We are working round the clock to ensure those yet to be delivered are delivered by Monday,” Magoha said.

Artisans who produced the desks are being paid through M-Pesa, he said. 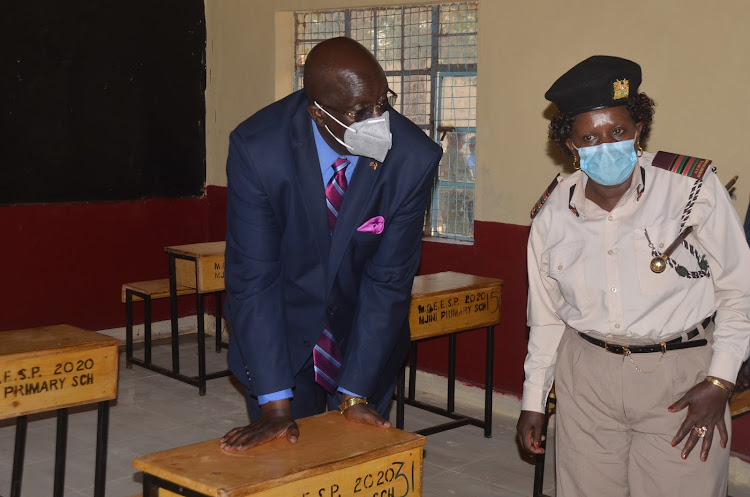 It is time to open our schools - CS Magoha

Magoha now says it is time to reopen all schools in the country.
News
1 year ago
by ALICE WAITHERA Correspondent, Murang'a
Central
30 December 2020 - 12:58