Senator Orengo tasked with bringing the leaders together ahead of Tuesday vote.

• The leaders agreed to rally both sides of the handshake to support the formula and ensure it passes on Tuesday. 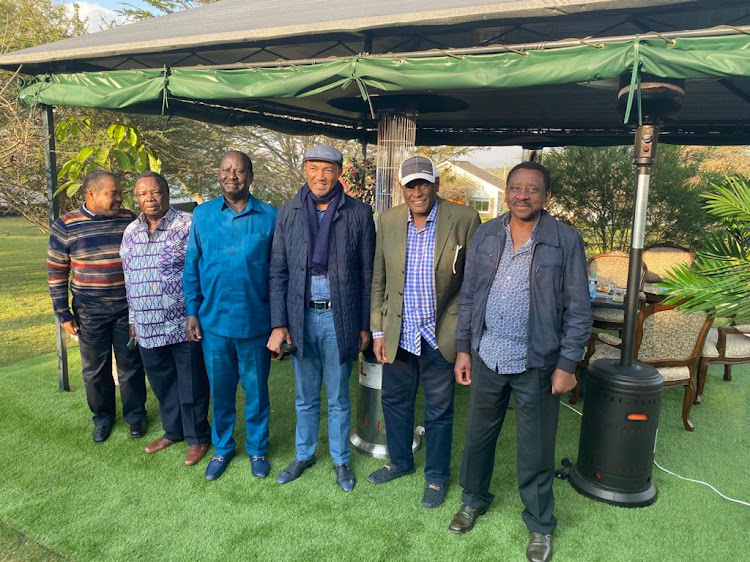 ODM leader Raila Odinga on Sunday met with a section of Jubilee leaders to discuss the third basis revenue sharing formula that is set to be discussed in senate on Tuesday.

Kenneth, who spoke to the Star, confirmed that the meeting had been organised to discuss the matter that has caused sharp divisions in the Senate.

The adoption of the formula proposed by the Commission on Revenue Allocation (CRA) that prioritises population as a parameter of revenue allocation has been postponed six times after senators failed to agree.

Kenneth confirmed that Raila agreed to rally his senators to support the formula and that Siaya Senator James Orengo was charged with the role of bringing the leaders together.

“It is true we met with Raila to discuss, among other things, the disputed revenue sharing formula. We all agreed that the formula has to go through on Tuesday,” he said.

Kenneth further noted that top on the agenda of the meeting was finding ways of using the handshake to ensure the third basis formula is passed.

In the meeting, the former presidential candidate said, each side of the handshake agreed to rally its people to support it.

Out of the 25 senators who opposed the formula on Tuesday, 18 were allied to the National Super Alliance (Nasa) led by Raila while the rest were members of the Jubilee party.

Kang’ata however noted that he had been able to heal the divisions in the Jubilee Party by bringing on board both Kieleweke and Tanga Tanga senators to support it.

“This is the first time ever since the divisions formed that both factions have worked together,” Kang’ata said. 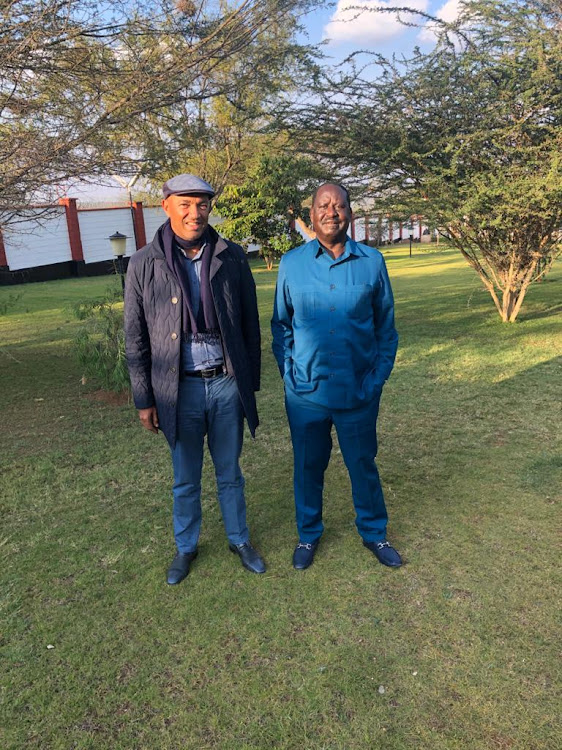 Kang’ata said the Mt Kenya region was marking those opposing the formula as its enemies, dismissing claims that will disadvantage other regions while benefiting the central region.

The senator noted that many of the 29 counties that will gain more funds through the formula are not in the central region.

Kiharu MP Ndindi Nyoro on his part insisted that the formula will balance inequalities that are currently experienced in revenue sharing.

Nyoro noted that residents of Kiharu receive far less per capita revenue as compared to areas with sparse population.

The MP said he receives at least 20,000 bursary applications yet his constituency receives the same amount of funds with others that get a few thousands.

“This means that while I give Sh3,000 per student, they are able to comfortably sponsor students from primary schools up to the doctorate levels,” he added.

Ndindi who was speaking while inspecting Githioro Ndutumi Ndaraca-ini road on Monday further noted that an average poor person in the North Eastern areas has acres of land and hundreds of livestock as compared to the Central region where land is unavailable while population is high.

“It is people who queue to pay tax and cast votes and the same should apply during allocation of revenue,” the MP said.

Senators to debate disputed revenue formula for the fourth time

Senators whose counties will gain in the proposed method are said to be pushing to have the formula passed as it is.
News
1 year ago

Murang'a senator accused those opposed to the formula of lying that it will disadvantage some counties.
Counties
1 year ago
by ALICE WAITHERA Correspondent, Murang'a
Central
03 August 2020 - 13:29