Murang'a senator accused those opposed to the formula of lying that it will disadvantage some counties.

• Kang'ata said he may have lost last Tuesday but will lobby for more support next Tuesday.

• He said as the Majority whip, he was able to bring together Kieleweke and Tangatanga senators to vote for the formula. 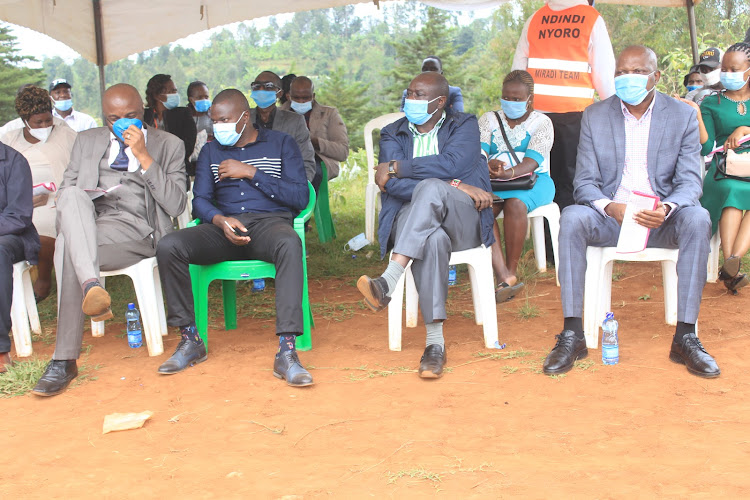 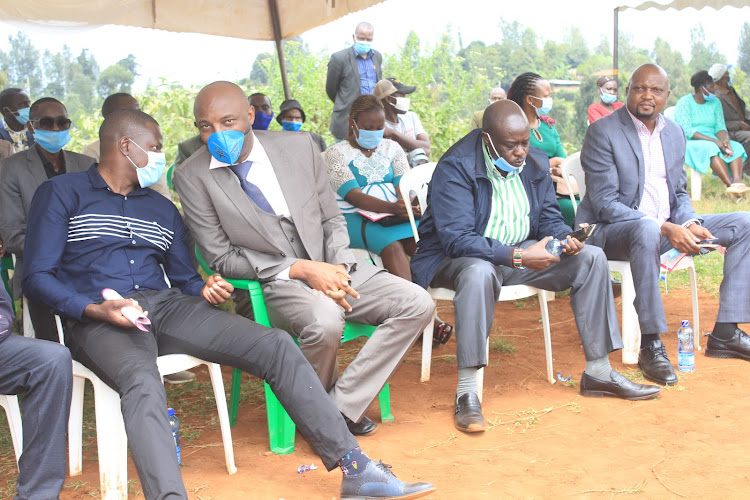 Senate Majority whip Irungu Kang’ata has said the fight to have the third basis revenue allocation formula adopted is far from over.

The Murang'a senator said though the formula that seeks to have revenue allocated based on population was shot down by senators on Tuesday, it still has a chance to be passed next Tuesday.

Kang’ata said as the Majority whip, he was able to bring together senators from both Kieleweke and Tangatanga factions of the Jubilee Party to support the motion.

“For the first time since divisions in the party started, 16 senators from both factions came together to support the formula out of the 22 that were for the adoption of the formula,” Kang’ata said.

He vowed to continue lobbying for the formula and told off those opposed to it for claiming it will disadvantage some counties, a claim he dismissed as untrue.

“We are not oppressing some counties. Areas such as Kakamega and Kisii are the main gainers of the new formula,” he said.

“We may have lost round one on Tuesday but round two is coming next Tuesday and we will be ready.”

He, however, noted that those who opposed the formula have been marked as enemies of the Mt Kenya region. Kang’ata was speaking at Gaitheri in Kiharu constituency during the burial of Wairimu Kihoro, the grandmother of area MP Ndindi Nyoro.

Weighing in on the issue, Nyoro accused ODM party leader Raila Odinga of betraying the handshake between him and the the President by failing to rally his senators to support the formula.

“Raila publicly declared his support for the formula but discreetly asked his senators to oppose it. If he is truthful, why did he not rally his people for the motion?” he posed.

The MP said ODM only supports Jubilee Party when it is undertaking activities that may lead to its undoing and opposing those that may benefit the Mt Kenya region.

“They supported the replacement of Jubilee senators allied to the Deputy President William Ruto from leadership positions in the Senate but opposed the revenue sharing formula,” he said.

His constituency, Ndindi said, has more than 114,000 registered voters and receives similar CDF allocations with constituencies such as Balambala in Garissa county that have less than 20,000 voters. This means that Balambala residents benefit more from bursaries and other services offered by the CDF as Kiharu residents scramble for the limited resources, he added.

He said the Mt Kenya region experiences extreme subdivision of land and residents should not be punished for that.

He noted that it was expected that the handshake would help lobby support for the new formula to stop unfairness in resource allocation.

“The formula was opposed by 18 senators from NASA members and eight Jubilee senators. Why didn’t Raila whip his members to support it? Why was Kang’ata unable to lobby support for the formula, yet he was able to rally senators against Kindiki Kithure and Susan Kihika?” Kuria asked.

Mathira MP Rigathi Gachagua said this is the time for the region to know its friends and that those who want political partnerships with the region should get their members to support the formula.

Rigathi took a swipe at Siaya Senator James Orengo who stated that the revenue sharing stalemate would have been resolved had the President been more available and that Mwai Kibaki was the best President.

“We all know that they made it impossible for Kibaki to work during the grand coalition government,” he said.

They are under immense pressure to support the formula that disadvantages 18 vast counties.
News
1 year ago