“The Kebs boss should whip his surveillance officials so that they make sure what is being sold in the market and what is being processed in the factories that do animal feeds is of the required quality,” Munya said. 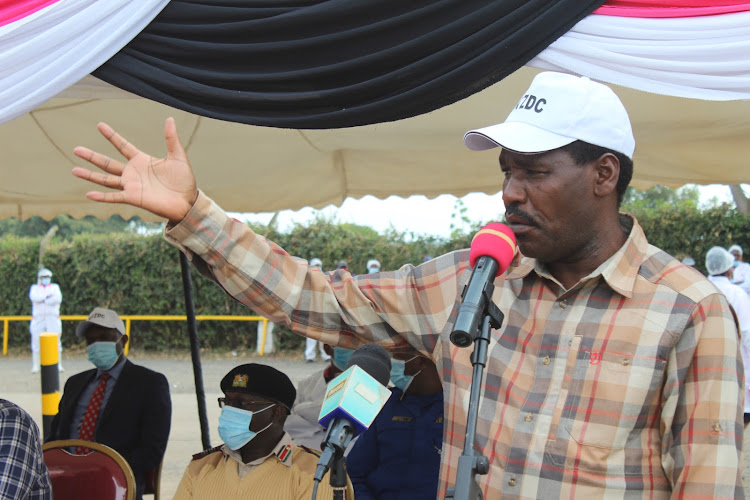 MPs and the Kenya Bureau of Standards have been urged to ensure inputs sold to dairy farmers meet required standards.

Agriculture Cabinet Secretary Peter Munya said the quality and quantity of milk cannot improve if the feeds sold to farmers are substandard.

Munya said only Kebs can ensure that feeds and other inputs sold to farmers are of the right quality, saying the standards are there but reinforcement remains a problem.

Munya spoke after farmers led by Lydia Kagema complained that the feed sold in many stores are substandard while others are contaminated with aflatoxin.

“The Kebs boss should whip his surveillance officials so that they make sure what is being sold in the market and what is being processed in the factories that do animal feeds is of the required quality,” Munya said.

He said this will ensure that the dairy products sold are of good quality which will in turn contribute to the improvement of farmers’ earnings.

Munya spoke at the New KCC Kiganjo Factory in Nyeri county on Friday when he toured the ongoing modernization process of the plant.

The CS said the plant was officially opened by founding President Jomo Kenyatta in 1969 and the equipment is old and worn-out and has to be modernised to effectively serve farmers.

“For us to be able to produce and process better quality milk and more cheaply and pay farmers better, we have to continue with the modernisation process to add better equipment here,” he said.

He said some of the modern equipment have already been installed and the factory was already doing better with a range of new products.

Sh500 million has been set aside to complete the modernisation process which is expected to be launched by President Uhuru Kenyatta in December.

Munya asked contractors to speed up works and not to use Covid-19 as an excuse to delay it.

“Through the extension service that we began with farmers which has worked well, we want to increase the volume of milk coming here so that farmers can benefit,” Sigey said.

He said some equipment meant to modernise the cooperative have already arrived while others are yet to be delivered. He attributed the delay in delivery to the global coronavirus pandemic.

“By the end of the year, we will commission Kiganjo and expand the capacity. We are going to innovate and move from the regular powder milk to instant powder. We have done tests and there are samples here,” Kahiu said.

The processor has also started processing instant powder including that of camel which the chairman said will increase its market share, especially for export.

Kahiu said the processor also plans to have a water bottling plant to maximise its  capacity. 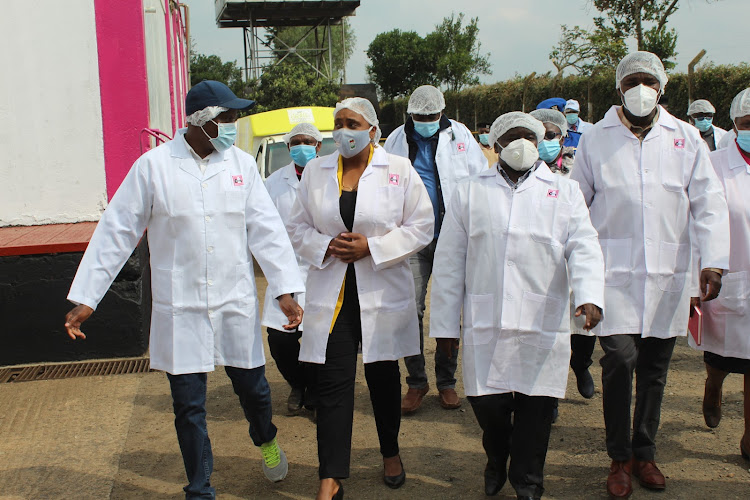