Exercise was delayed following the outbreak of Covid-19 in the country.

• Munya said the disbursement of Cherry Advance Revolving Fund has started and some farmers in Nyeri and Murang’a have benefitted.

• He said Kenya Planters Co-operative Union is working in with Kenya National Trading Corporation to issue farm inputs to the farmers. 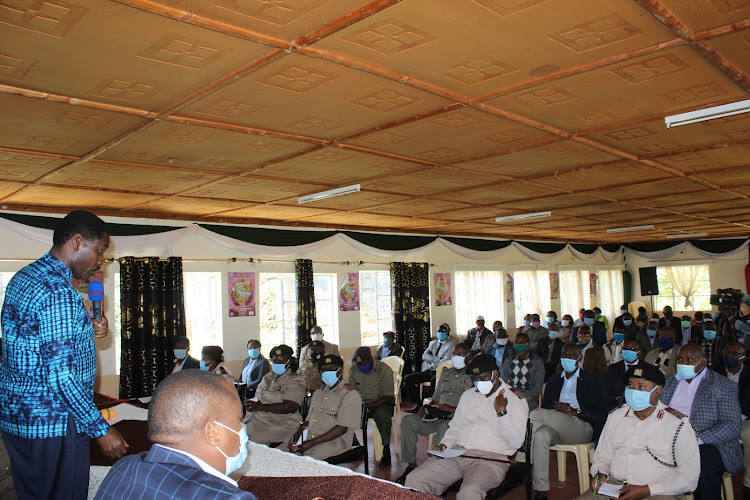 Agriculture ministry officials will be visiting coffee farmers at the grassroots to educate them on how to apply for the coffee cherry fund.

Cabinet Secretary Peter Munya on Friday said the exercise should have started but was delayed following the outbreak of Covid-19 in the country. He spoke at Caritas in Nyeri during a meeting with officials of cooperative societies.

The officials are expected to pass the information to farmers.

The Sh3 billion Cherry Advance Revolving Fund was started by President Uhuru Kenyatta in April last year and was part of recommendations by the Coffee Subsector Reforms Implementation Committee constituted by the President in 2016.

It was established after farmers complained they had no credit facilities as banks charged prohibitive interests.

Munya said the grassroots exercise will be conducted soon after the contagion is contained. He, however, added that disbursement has started, with some farmers in Nyeri and Murang’a already benefitting.

"Farmers from Nyeri and Murang’a who delivered their coffee at the KPCU factory in Dandora (Nairobi) have already benefitted from the fund in the form of inputs after they said they did not want money but were interested in inputs,” he said.

Munya said farmers who would like to get inputs instead of money are free to do so. He said the Kenya Planters Co-operative Union (KPCU) is working with Kenya National Trading Corporation (KNTC) to issue farm inputs.

He urged farmers interested in the advance and who have not signed up guarantee forms to do so to enable the deduction of the money borrowed when their coffee is sold.

"Farmers can get up to 40 per cent advance of coffee delivered to the factory and the value will be determined by the price of coffee at the auction at the moment,” Munya said.

The fund is given at three per cent interest and based on the quantity of coffee delivered, with farmers using their coffee as security. The KPCU is in charge of the distribution. 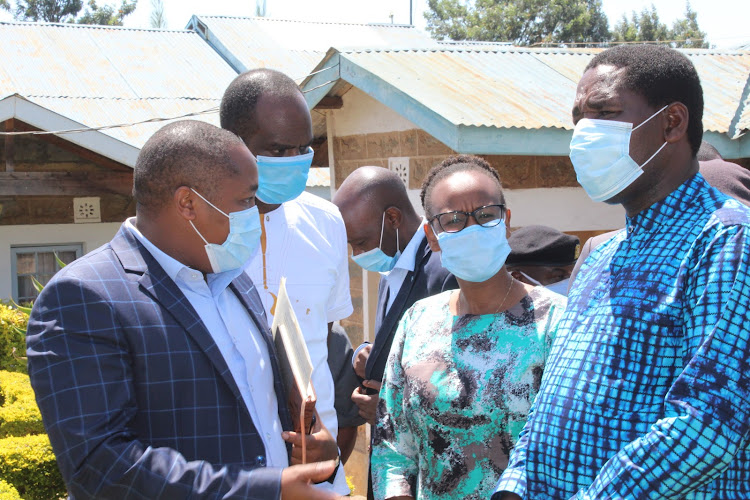 Munya ordered that application forms be delivered to farmers in all cooperative societies to enable them to apply for the money. He pledged government support in helping farmers upgrade pulping equipment.

The CS said the equipment is antique and has been compromising coffee quality, hence the need for new technology.

"We have not enough money to upgrade the equipment in all factories but we shall do so in phases,” he said.

The government will start with factories that serve many people and those that have higher production. An engineer is doing costing to determine how much is needed, Munya said.

Also cited as a problem for many factories is weighing machines that cannot take accurate measurements.

“We want to move from manual to digital weighing machines that will give the accurate quantity of coffee delivered,” the former Meru governor said.

The coffee society headquarters will also be digitised and networked with the KNTC, the KPCU and factories so the information on coffee deliveries can be relayed to all the organisations, hence making it easy to disburse the coffee cherry fund.

Alarms will also be installed in factories to curb theft. Other facilities to be improved include coffee drying beds, pulping machines to reduce post-harvest and post-processing losses. Already, Sh1.5 billion has been earmarked for the modernisation but Munya added that more will be allocated in the next financial year.