The beneficiaries are street families, slum dwellers, the old and the sick

• Maruru has managed to set up several tippy taps in slums where tap water remains a dream.

• Her small contribution has enabled many street families follow one of the government’s recommendations in the war against the coronavirus - washing hands. 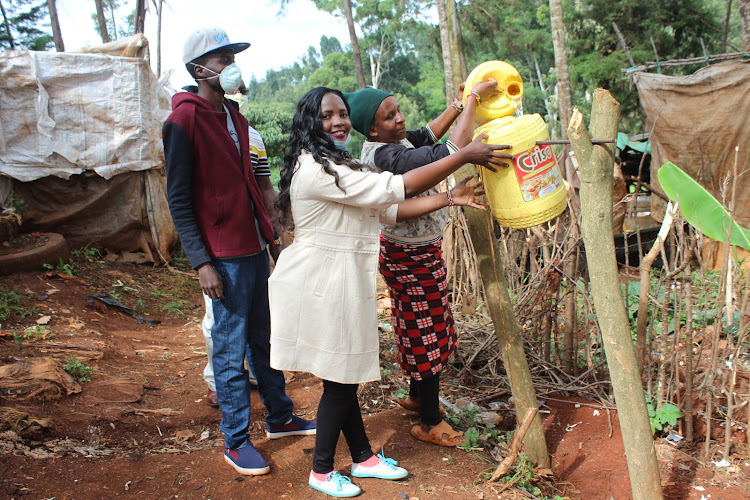 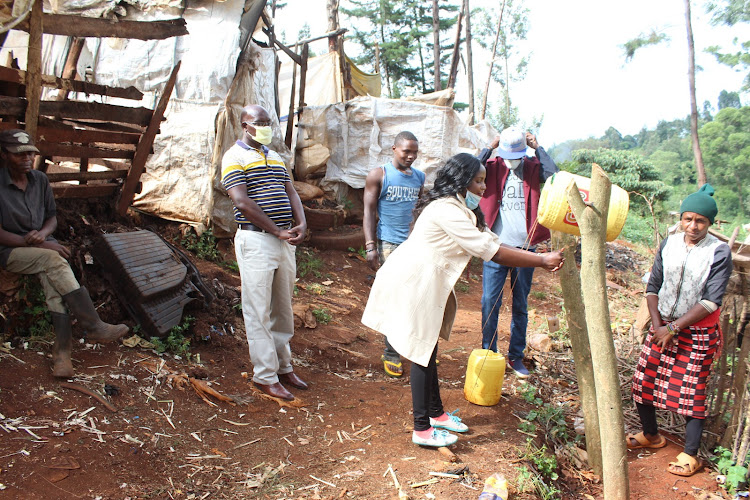 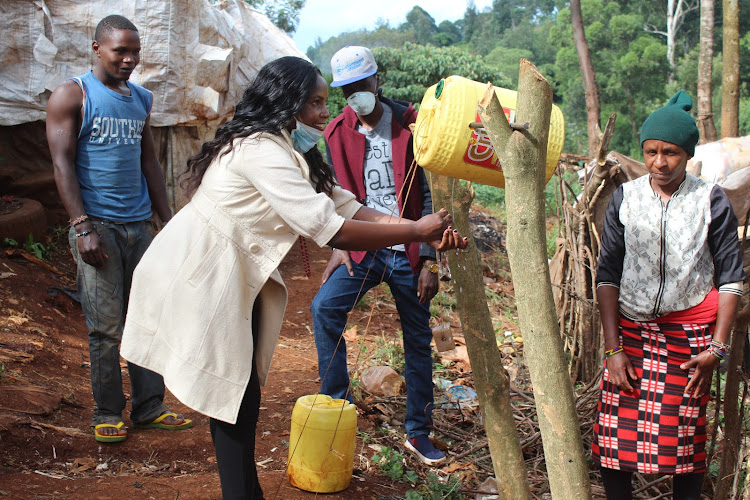 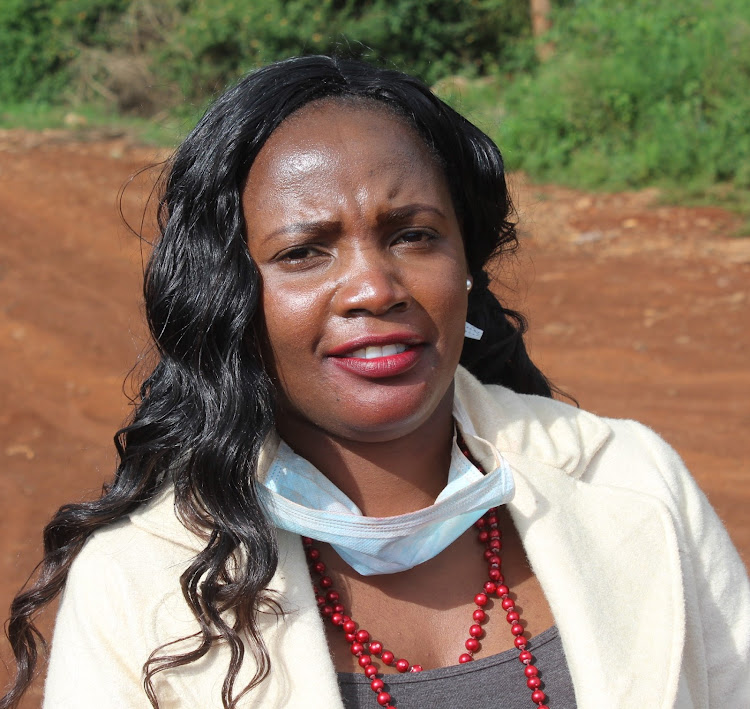 She may not be rich but she is using the little she has and her ingenuity to help needy Nyeri residents fight Covid-19.

Waithira Maruru has been targeting the vulnerable like street families, slum dwellers, the old, the sick and the disabled by setting up tippy taps for washing hands.

The 29-year-old Karatina woman has set up several of them in slums where tap water is a dream.

A tippy tap is a simple facility made from readily available materials that dispenses water in small amounts for people to wash hands.

It is operated by pressing a pedal or lever using one’s foot. It is made of a plastic container and held on ropes tied to two poles.

The poles stand a metre apart. The container is suspended on a stick placed across the poles.

All is needed after the set-up is replenishing the container with water.

Maruru's contribution has enabled many street families to follow one of the government’s recommendations in the war against the coronavirus - washing hands.

“We realised that so many of our people in slums had no tap water and therefore could not wash their hands with running water,” she said.

“Appealing to the county government to instal tap water at this time would be expensive and time consuming and so I came up with the tippy taps idea.”

Maruru said the good thing about tippy taps is that one does not need to touch anything with the hand because the foot pedal tips the water container.

“When using a tap, one may come into contact with the virus left by an infected person when opening and closing it,” she explained.

The enterprising woman started the initiative after visiting the Asian Quarters slum, which houses 150 homesteads. She had visited a diabetic mother of four who had the previous day collapsed in a Nyeri town street after starving for two days.

The slum shanties have walls made up of polythene paper. The families earn their living by collecting scrap metals and plastics from the Asian Quarters dumpsite, which has since been rehabilitated.

The county government embarked on the construction of a multi-million shilling Nyeri Transport terminus leaving them without any means of earning a living.

Maruru called on well-wishers, national and county governments to look into the affair of those people as they have no sources of income or food and most of them are starving.

They need food, soap, sanitisers and face masks to guard themselves against the coronavirus.

Resident Monicah Gathigia was happy that she and her family can now wash hands with running water.

She said some informal settlement dwellers suffering from diseases like diabetes, HIV, hypertension and need maximum protection from Covid-19.

“Some of us here are ill and survive on drugs but we have nothing to eat and at times have to take medicine on empty stomachs,” Gathigia said.

Joel Mwangi, another resident, lamented that there are no manual jobs because of the pandemic.

And even if the jobs were available, he said, they also cannot leave their homes after the directive that no one should go to public places without a mask which most of them cannot afford.

Masks retail at Sh50 a piece.

Post a comment
WATCH: The latest videos from the Star
by EUTYCAS MUCHIRI Correspondent, Nyeri
Central
15 April 2020 - 22:00
Read The E-Paper