• Farmers said locusts are causing havoc in Northeastern, Mount Kenya, Eastern, among other regions in the country.

• They said declaring it a national disaster would compel the government to mobilise more resources to fight locusts and find solutions to ensure invasions are controlled. 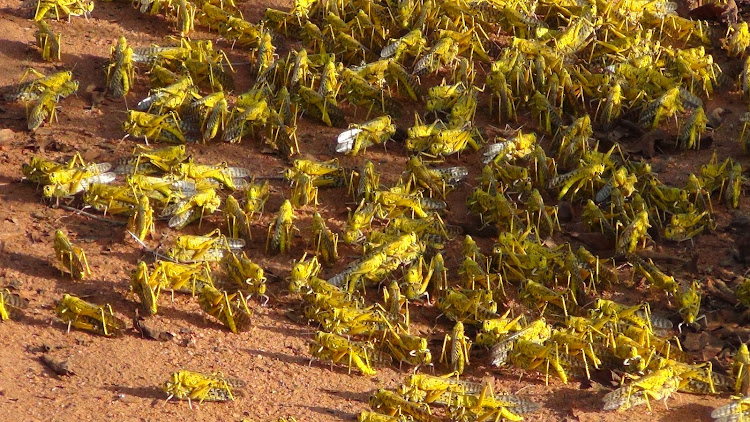 Farmers, through their umbrella organisation the Kenya National Farmers’ Federation (KENAFF), said yesterday this would compel the government to mobilise more resources to fight locusts and find solutions to ensure invasions are controlled.

The farmers spoke at KENAFF headquarters in Thogoto, Kiambu county, during a national convention.

KENAFF CEO Mwenda M’Mailutha said locusts are causing havoc in Northeastern, Mount Kenya, Eastern, among other regions in the country.

He said farmers are worried about their livelihoods because the voracious pests are not only destroying food crops, but also pasture and cash crops such as tea, coffee and miraa.

“We appreciate what the government is doing but it appears these locusts are just too many and are spreading fast. We urge the government to declare this locust invasion a national disaster so that more efforts and resources can be mobilised to eliminate them," M’Mailutha said.

Farmers also urged the government to stop the import of farm produce like milk, eggs, chicken and fish that can be easily produced in the country.

He said the excuse normally given by government officials to import in order to stabilise prices is not valid, but a cover-up to bring in cheap imports while killing the local agricultural and food systems.

M’Mailutha said such imports should be stopped because prices would stabilise through market forces. He said if the supply is low farmers would be forced to produce more to meet the demand and in the end prices would level up.

Post a comment
WATCH: The latest videos from the Star
by STANLEY NJENGA Correspondent, Kiambu
Central
26 February 2020 - 22:00
Read The E-Paper