Orphan starts a home in Nyeri to help abandoned children

Muthoni has started off with 10 children.

• The home in Skuta, Nyeri town, is registered both in Germany and Kenya

• The mother of four said she made the decision when she saw that a lot of children on the street did not have basic needs. 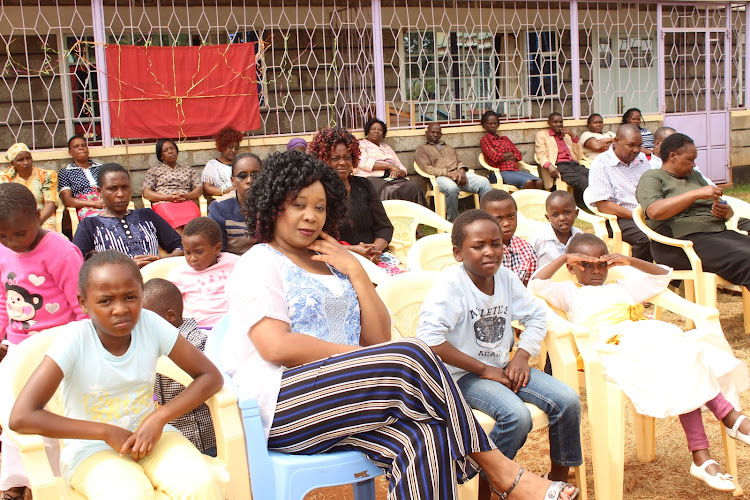 An orphan has started a children’s home in Skuta, Nyeri town.

Beatrice Muthoni, who is based in Germany, said she will be assisting orphans and abandoned children.

“I am an orphan. My mum died and I do not know who my father is. I suffered and I feel that no child should go through the same thing," she said on Saturday.

The home, called Bright Future Together, started by admitting orphans and abandoned children, but will later rehabilitate those in the town's streets. The home is funded by German.

It is in Skuta in Nyeri town and is registered both in Germany and Kenya.

Muthoni has started off with 10 children.

The mother of four said she made the decision when she saw that a lot of children on the street did not have basic needs.

“When I see those children, I see future pilots, lawyers and engineers among other professionals,” she told the Star during the launch of the home on Saturday.

The home management, she said, will look for land to expand the home and build a school and a hospital and extend it to other parts of the world,” she said.

“You do not need to be rich to give a child food. We also do not need to put all our money in accounts but need to use the money so that it takes care of us and others who are less fortunate,” she said.

County children’s officer Kung’u Mwaniki said: “Children officials have inspected  the home and are convinced that it is safe and conducive for children.”

The father providing a home to abandoned HIV-positive children

Father Francis Limo Riwa, 62, had no idea a children’s rescue centre could become a great institution and home to hundreds. Started in 1998, it ...
Sasa
4 years ago

Neglected children in Nanyuki will receive medical support from the British Army Training Unit in Kenya (Batuk). The officers of Batuk Medical ...
Counties
3 years ago
Post a comment
WATCH: The latest videos from the Star
by EUTYCAS MUCHIRI Correspondent, Nyeri
Central
26 August 2019 - 00:00
Read The E-Paper