• Kabogo says what is unfolding in Kiambu is unfortunate, urges residents to stay calm.

• Says rumours that Uhuru would not allow Waititu to be arrested have proved false. 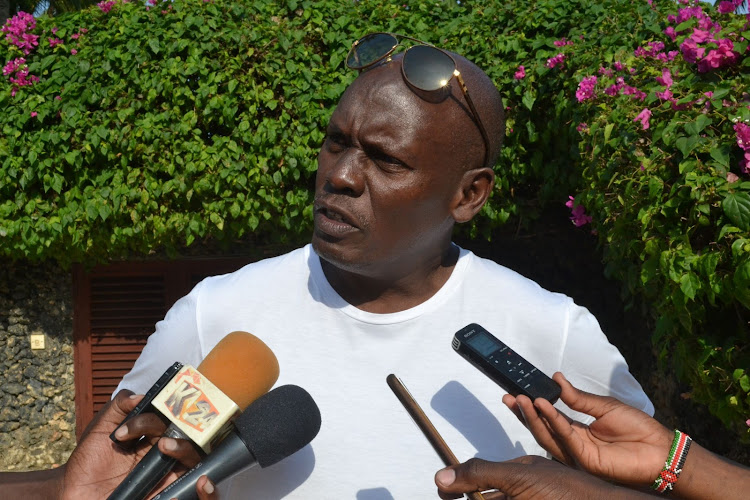 Former Kiambu Governor William Kabogo has asked President Uhuru Kenyatta to intensify the fight against corruption saying his legacy will be judged on that and not the Big Four.

Kabogo said Kenyans will be happier if Uhuru eradicated corruption than if he delivered affordable housing, food security, manufacturing and universal health care.

“President Kenyatta, soldier on. If you don’t they will come for you after your term. Make sure you fight corruption to the end,” he said.

Kabogo spoke to the press in Mombasa on Monday when Kiambu Governor Ferdinand Waitutu, his wife and county officials were charged with irregular tendering.

In what appeared to be a mockery of embattled Waititu, Kabogo said it was better for one to even pass through a high school field so that some education might rub on to you than missing out completely.

“It is unfortunate the things that are unfolding in Kiambu. My message to the people of Kiambu is to be calm. God will open ways,” Kabogo said.

Kabogo said President Uhuru’s zeal in the war on graft must be maintained and warned that more high profile personalities will be heading to the courts then jail.

The arrest of Waititu, he said, sends a message to all politicians in the country who think they are untouchable.

He said the rumours that Uhuru would not allow Waititu to be arrested have now been proven wrong.

He told corrupt governors and those implicated in corruption to find good lawyers or else rot in jail.

“It will come like thunder. The President must soldier on. If you need help, we are here,” Kabogo said.

Waititu, wife locked up for third day after failing to secure bail

Governor and wife were unable to secure bail.
News
3 years ago

Governors and other politicians are opposed to the High Court judge Mumbi Ngugi’s July 24 ruling that governors charged with economic crimes vacate office for the duration of their trial.

However, Kabogo said those opposed to the ruling are either stealing or planning to steal from public coffers.

Although he said the ruling may be used by some mischievous individuals to set up others for selfish gain, the decision should stand and be implemented fully.

“What’s your problem? If you are charged, step aside. We know in Kenya there is room to abuse that law but our Constitution is supreme. And it says you are presumed innocent until proven guilty.

“But this war has to be won. We cannot be losing Sh900 billion a year,” said the politician.

The former governor said corruption is the biggest threat to the country because it affects all sectors of the economy.

He said the Big Four will not be achieved if corruption still ails the country.

“Don’t even give us Big Four. Give us Big One. Deal with it. Make sure Kenya is a corrupt-free country,” Kabogo told Uhuru.

He said Kenya’s name is tarnished in the world because of corruption to a point that it is even shameful to declare one is from Kenya while abroad.

Kenya loses about Sh900 billion a year to corruption, monies that could be used to bbuild cancer treatment centres and save Kenyans the cost of traveling abroad for treatment, Kabogo said.

Cancer, he said, should be declared a national disaster and the money that has been stolen by people in authority should be recovered to build at least five cancer centres.

While sending his condolence message to the family, friends and relatives of the late Bomet Governor Joyce Laboso, Kabogo said cancer is a big issue in Kenya and there is need to worry.

“We need to start worrying. Cancer is killing more people than HIV/AIDs, malaria,” he said.

Waitutu and his wife Susan went into hiding before the planned arrest.
News
3 years ago
Post a comment
WATCH: The latest videos from the Star
by BRIAN OTIENO Correspondent, Coast Region
Central
31 July 2019 - 06:00
Read The E-Paper