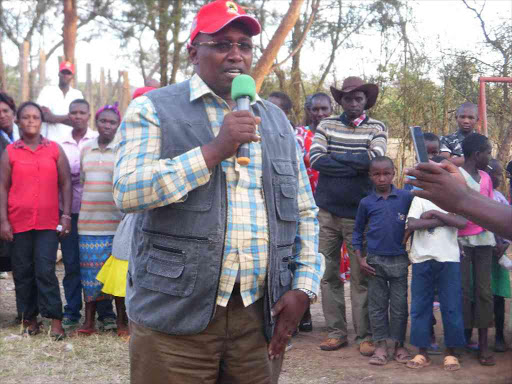 The founder and chairman of the controversial Ekeza Sacco has started to dispose some properties to raise money to refund members’ savings.

The sacco’s license was cancelled and it was placed under receivership by the government last year over non-compliance with the law.

Bishop David Kariuki Ngari, commonly known as Gakuyo, on Sunday revealed that he had put up some of his prime properties in Nairobi, Kiambu and Murang’a counties for sale to raise cash needed for the refunds.

Members of the sacco have been camping at the sacco offices in Nairobi and other towns, demanding a refund of the money they had saved in the sacco.

“No one will lose their money. I want to give an assurance to all the 53,000 members of the sacco who want their money back that they will get their money. That’s why I am disposing some of my properties so t I can raise the money,” Ngari said.

Last week, Gakuyo Real Estate, which is the sister company to Ekeza sacco, put an advert in one of the dailies listing some of the prime properties that he is seeking to sell.

They include a residential property within Nyari Estate near Village Market in Nairobi, a hotel in Juja and a house on half an acre along Thika-Garissa road in Makongeni.

Others are 50 acres in Kilimabogo Thika, 100 acres in Kabati, Murang’a county and a quarry in Kabati.

“The sacco accounts have been frozen and therefore I am not able to access the money to refund your savings. I am pleading with you to be patient as we seek ways to sort out the matter,” Ngari told the members.

The chairman, however, said a total of Sh200 million has already been refunded to members. He told the members that the government has convened a meeting on February 21 when it will decide whether the sacco’s license and accounts will be reinstated respectively.

Ekeza Sacco has been dogged by controversy since last year when the government announced it had cancelled its license through a gazette notice on March 23, 2018.

Commissioner for co-operative development Mary Mungai shut down the sacco on March 26 on claims of violating the law.The society had 26 branches and Sh2.56 billion in deposits at the time.

She revoked its permit after receiving complaints that Ekeza was sharing office space and bank accounts with Gakuyo Real Estate.

Some of the members who spoke to the Star pleaded with the government to open the accounts so they can get their money back.

“We urge the state to consider the number of Kenyans who are suffering because of the situation and open the accounts,” member James Kuria said.