Kiambu village speaks out about suffering without mobile phones 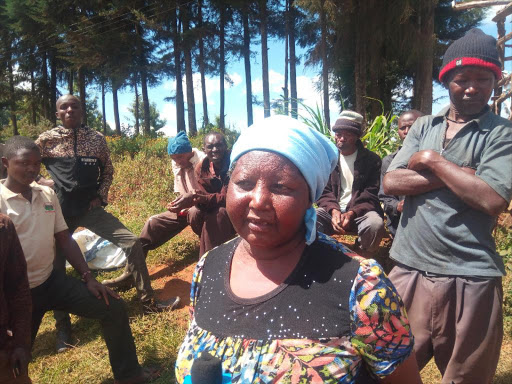 A Kiambu village just 45km northwest of Nairobi says life without phones in this day and age is hell on earth.

The world over phone communication has revolutionised how people work, relate and carry out other activities. Whether in education, agriculture, business, politics and other spheres, people need to communicate in real-time. The world is on the move.

But Kwaregi village has been left behind. It has never had network coverage. Signals are poor to non-existent. Smartphones are useless.

Residents’ pleas to have service providers such as Safaricom, Airtel and Telkom fix the problem have been futile.

For visitors, it is shocking, you can’t stay in contact.

Most of the time, the villagers have to communicate face-to-face. If you thought that was difficult, you will probably think of sending letters or telegrams, but who would do that today?

Resident Ann Nyakio, 58, yesterday said they are stuck in the pre-1980s when mobile phones were unheard-of.

“We scream whenever there is an emergency. At times, your neighbours will help to scream if the emergency needs urgent action like a house catching fire or an accident,” she said.

“We also drop leaves on the road, and you can’t just drop any leaf. Different leaves have different meanings (accidents, calls for help, a gathering

and so on.) You have to be careful not to give the wrong message.”

The village in Githirioni location lies to the East of Lari Kirenga ward, Lari constituency. It hosts the Lari Technical Training Institute recently built by the government. The name Kwaregi is a Kikuyu word, which means “refuse”.

Aregi is its plural form. A story told by elders has it that it acquired the name when some people refused to be settled there by the government in 1963. They demanded alternative parcels.

“Those brought later were told they would be settled on land that another group had rejected. So they called it Kwaregi,” 62-year-old Nancy Njeri said.

And so signals have also ‘refused’ to reach residents.

Residents grow tea, horticulture and vegetables such as carrots, cabbages, spinach and kale. They can’t talk to customers or traders on the phone about orders and the market prices.

Some have unsuccessfully tried to get signals by climbing treetops or rooftops. Many residents stopped buying mobile phones, as there was no need. Some buy one but only use it away from the village.

“Some of us had bought mobile phones but could not connect to any network. We kept searching for a network of any service provider,” Nelson Njuguna said.

“In fact, these days those who don’t go far from this village don’t buy mobile phones. What for?”

Nyakio said people keen on keeping abreast with the times buy smartphones, and use them elsewhere. Some

dig deeper into their pockets to rent houses in neighbouring villages, if they have to use them.

“Our young people have been renting houses so they can stay connected through their mobile phones,” she said.

Steven Kimani, 32, hired a house in Githirioni village so he could connect up with friends on social media. He pays Sh250 per month.

“I normally go home every day to see what kind of job I can assist my parents with and then I go back to my rental house,” he told the Star.

Kimani said he enjoys chatting on WhatsApp, Facebook and Twitter. He can use none of these at home.

Residents say tackling security threats is a challenge. They cannot call the police, their chief or his assistant. They may send someone to a rented house to use a phone.

Teresiah Wanjiku, 54, said rustling is common but no one has been nabbed

because of poor communication. Sheep, donkeys and cows are taken to unscrupulous butchers, who slaughter them in Matimbei forest or nearby Uplands forest.

“You may hear men steal your cows or donkeys but you can’t scream because the thieves might turn on you. Worse still, you can’t call your neighbour or the police to assist you,” she said.

“You end up screaming half an hour afterward, ensuring no thief is still around. By that time, your animals are very far away being slaughtered. The only thing you will find is head, hooves and skins after they have been skinned in a forest and meat taken to the market.”

The poor signals undermine public services and investment. The village has Kwaregi Primary School, Kwaregi Catholic Church, Lari Technical Training Institute, a tea collection centre and a shopping centre with one shop and one restaurant.

MP Jonah Mburu said he has to travel to the village to talk to residents or send someone else for issues they could eaily discuss on the phone. The legislator urged mobile service providers to build boosters.

Residents also want the road leading to the institute tarmacked. Makimei said DP William Ruto promised that on May 17, 2015.

“Now that the institution is complete, how will tutors, students and non-teaching staff be communicating with people far off?

“On the pathetic road, we feel it’s high time the government did something about it. DP was here and promised it would be tarmacked. We want to see that.”