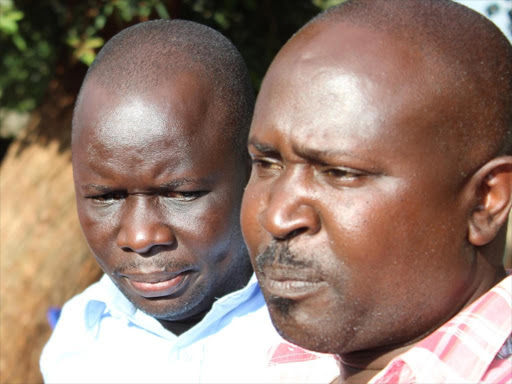 Twenty-three people have been gunned down by police in Nyeri in three months in what human right groups call extrajudicial killings.

Muslims for Human Rights rapid response officer Francis Auma on Monday said several other people have been reported missing during the period. Other human rights groups include the Independent Medico-Legal Unit (IMLU) and Infoaction.

The killings, according to the groups, started soon after former Gitathiini assistant chief Peter Nyuguto was shot dead by assailants in August this year. “This is very disturbing. We want the government to tell us who is killing these people. We suspect government officials are involved and if they are not, they should tell us who has been killing them,” Auma said.

He urged the Parliamentary Committee on Security to go to the ground, investigate and compile a report on the killings.

Auma spoke at the Nyeri County Referral Hospital during the post-mortem of John Githinji whose body was dumped in a dam in Nyeri town last week. He had been strangled.

Githinji, who was a suspected Mungiki follower and a robbery with violence suspect, had surrendered to the DCI on October 22.

Githinji was presented to police by Muhuri and Infoaction after being in hiding. He and another suspect, Joseph Kang’ethe, approached the two rights groups after expressing fears they would be gunned down. They surrendered after a crackdown to look for Nyuguto’s killers. When he surrendered, Githinji said he had not been engaged in any criminal activity since his conviction in 2006.

During their surrender, Nyeri DCI boss Jonah Kirui assured the two of their safety. Githinji was released from custody a couple of weeks ago. He was released for lack of evidence to prosecute him.

Githinji went missing last Sunday and his body discovered on Thursday at Iriga area. Auma claimed Githinji’s death was by extrajudicial killing. He said human rights groups including IMLU, Infoaction and Muhuri want an inquest into the killings.

“Today, we are here with Ipoa, IMLU and Infoaction, and we shall bring others on board because we have realised a lot is happening in Central, especially Nyeri, and the authorities are getting away with it,” he said.

Infoaction's Samuel Wandimi, among those who presented Githinji to the police in October, said the killings are systematic and started when the chief was killed.

He said many young people were killed in October and by last week, four others were reported missing.

Wandimi said Githinji had told them that he was receiving death threats from police officers who were known to him.

But Nyeri county commissioner Fredrick Shisia said those shot dead by police were criminals that engage the officers in shootouts. “In my view that is not murder. Whoever has any information about issues of extrajudicial killings should come and share it with us,” Shisia said.

He said Githinji could have been killed by people fearing he could share information with security agents after he surrendered.

“They could have viewed him as a threat to the remaining members of the underworld gangs,” Shisia said.

He said security officers duty is to protect people and property. “If anybody has complaints, he should visit the police station and report.”