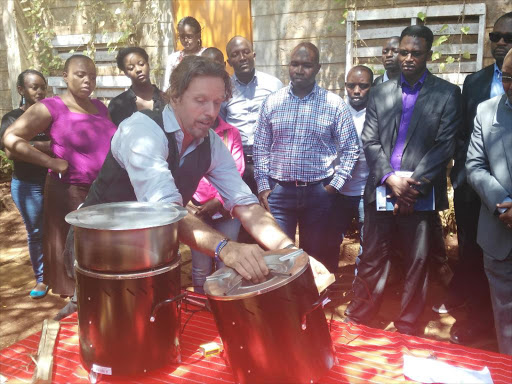 A Ruiru-based company has made an energy saving jiko that is expected to help preserve the environment.

It is designed to reduce the amount of firewood used in the traditional three-stone fire place by 50 per cent and decrease the amount of smoke emitted by 72 per cent.

Company chief executive Peter Scott said, “My passion has been to come up with a clean firewood stove for Africa so as to save forests and lives.”

He said the KuniOkoa jiko has more advantages than the imported stoves.

Scott, a global leader in cook stove commercialisation, said the jiko will compliment the Jikokoa – another of their product.

He said the venture, that has been funded through the Enhancing Livelihoods Investment Initiative, a partnership between Unilever, Acumen and the Clinton Giustra Enterprise Partnership, will greatly contribute to the country’s efforts to conserve the environment.