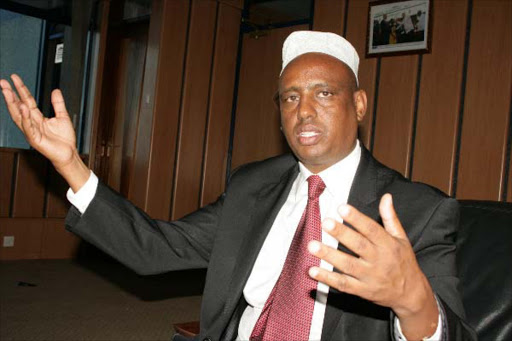 NHIF Chairman Mohamud Ali during the interview at the NHIF building on Thursday,May 14. PHOTO/COLLINS KWEYU

Only 10,000 members in Nyandarua county are exempted until their court challenge to the rates is determined.

They said they are unable to raise the Sh500 required for self-employed contributors.

However, Mohamed yesterday told the Star that employers are required to enforce the deductions introduced in April under the medical scheme to be rolled out on July 1.

Mohamed said the public health insurer has collected Sh1.5 billion since the rates went into effect on April 1.

“We believe we shall hit the Sh2.3 billion target by the end of this month,” he said.

Mohamed said the national government and county governments are yet to remit deductions from their employees for the April salaries because of delays caused by issues with the information system.

“They have told us they are going to remit the contributions together with the May deductions once they are done with adjusting the systems,” he said.

Under the new rates gazetted last month, the lowest income earner with a monthly salary of Sh5,999 should pay Sh150, while those earning more than Sh100,000 should pay Sh1,700.